The people of Atai Uyo have been urged to see the need to work together to have a true, prosperous and united region.

The advice came from an elder statesman of repute, himself a one-time member of the Cross River State House of Assembly, Rt. Hon. (Obong) Ekpe Atakpo, while playing host at his Uyo residence on Tuesday, to a socio-political and cultural organization; Atai Uyo People’s Forum (AUPF).

The group, Atai Uyo People’s Forum, is made up of the four (4) Local Government Areas in Uyo Federal Constituency. They are; Uyo, Uruan, Ibesikpo Asutan and Nsit Atai LGAs.

Referring to members of the group as men and women of proven integrity, core professionals and highly cerebral Atai Uyo people, Obong Ekpe Atakpo said the area would be better off if her indigenes see themselves as agents of unity and development.

He advised political leaders, business moguls and other stakeholders in Atai Uyo not to work at cross purposes, but rally all human and strategic resources behind their sons and daughters.

Obong Atakpo, who is the leader of Uyo Senatorial District Elders’ Forum, while promising the group his total support, urged them to also reach out to all stakeholders in the four Local Government Areas of Atai Uyo and take their ‘gospel’ of oneness to their doorsteps, to enable them achieve their aims and objectives.

Earlier in his address, the President General, Atai Uyo People’s Forum (AUPF), Hon. Tony Asikpo, said the socio-political and cultural organization is divinely inspired to serve as the umbrella for the area. 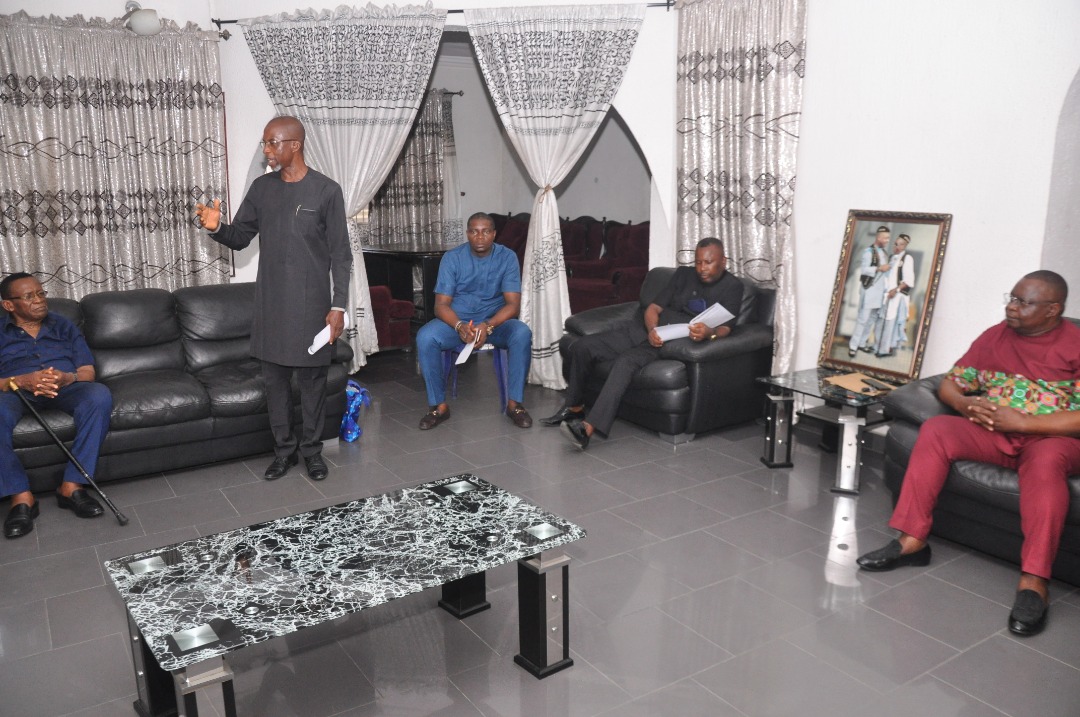 His words, “our motto, ‘Oneness for Peace and Development’, encapsulates it all about our aims and objectives. In this wise, the promotion of unity, wellbeing and development, remain the driving force for Atai Uyo People’s Forum.”

Going memory lane, Hon. Asikpo explained, “Atai Uyo refers to the then Uyo before her unbundling into four local government councils, following the birth of Akwa Ibom State in September, 1987.

“Records reveal that Uyo was first created in 1959 as a Province by the then colonial masters before the Federal Government of Nigeria later gave it a local government status upon the creation of South Eastern State in 1967 and rechristened Cross River State in 1976.

“Subsequently, excision of Uruan was effected in 1988; Nsit Atai in 1996 and Ibesikpo Asutan in 1996 respectively, out of Uyo. The historical bond among us as one family still persists and in fact, is increasing by the day. The birth of Atai Uyo People’s Forum as an umbrella, therefore re-enacts our solidarity, to wit, further give us a voice as well as to protect our common interests and aspirations.

The leader of AUPF lauded the State Governor, Mr. Udom Emmanuel for executing lofty projects and programmes in Atai Uyo, namely; the ongoing construction of Ring Roads and improvement of infrastructures.

Others include; renovation of the St. Luke’s Hospital, Anua and Methodist Hospital Ituk Mbang, and the additional building of a specialist facility; the Infectious Disease Control Centre, amongst others as well as the ongoing fencing of public primary and secondary schools in the municipal centers of Uyo to check insecurity and abuses in the schools’ premises.

The group also appreciated the Udom Emmanuel administration for giving consideration to Atai Uyo to occupy the positions of the Speaker, Akwa Ibom State House of Assembly; the Head of the Civil Service; Commissioners in the State Executive Council, Chairmen and Members of Boards and other MDAs respectively, even as they pledged their support to his completion agenda.

Highpoint of the visit was the conferment of the life patron of group on the Uruan born political heavyweight; Obong Peter Ekpe Atakpo.