The serene village of Ikot Essiet in Ibiono Ibom Local Government Area on Friday, November 11, 2022, witnessed an influx of mourners who trooped in to pay their last respect to the Late Mr Imoh David Isang, who until his demise was the Chief Protocol Officer to the Gubernatorial Candidate of the Young Progressives Party (YPP), in Akwa Ibom State, Distinguished Senator Bassey Albert Akpan, CON. 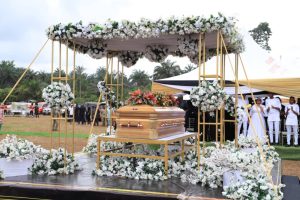 The funeral service for the Late Mr Imoh David Isang, who was killed by gunmen in Imo State on October 7, 2022, while on an official trip, was held amidst sober moments at the Government Primary School, Ikot Essiet, Ibiono Ibom LGA. 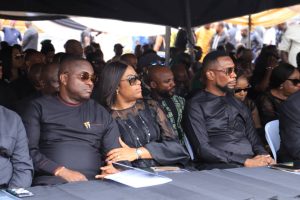 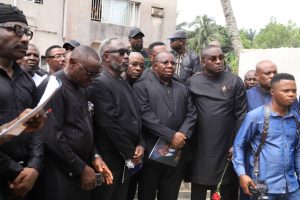 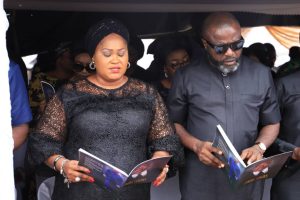 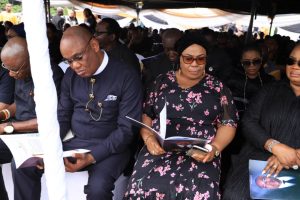 In his funeral oration, Senator Albert amidst sobbing lamented the sudden death of Imoh Isang killed by gunmen, adding that Imo Isang as his Chief Protocol Officer, was faithful and served him without blemish.

“I am very sad and still very shocked about the demise of Imoh. Personally what has befallen me could not have happened without the approval of the Almighty God. Imoh was me and I was Imoh. The day I got the news of my junior brother’s death; I don’t think it shocked me as much as Imoh’s departure. Because we were very close and he so supported me in all areas. 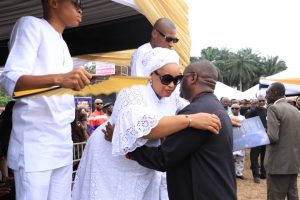 “Imoh served me even though he was my senior in age – loyally, committedly and very passionately. I am consoled that there is nobody who came across him that did not feel his impact. He was a go-getter. He had no excuse for whatever reason. 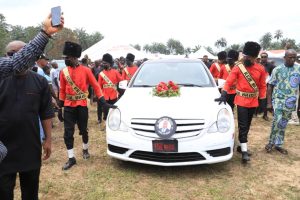 He delivered on every assigned responsibility. Imoh’s departure is a very clear testimony that this life is ephemeral. On behalf of my wonderful family, and all who must have had encounters with him, I say may his soul rest in perfect peace,” OBA added. 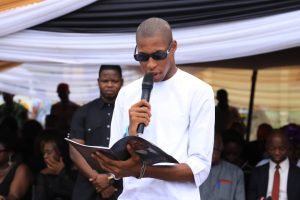 In his sermon, the officiating Minister, Pastor Fidelis Onwioduokit, admonished Christians to live an acceptable lifestyle so that they can be sure of having eternal life with God Almighty when they die.

Pastor Onwioduokit, assisted by other clerics, offered prayers for the family of the Late Imoh David Isang and the repose of his soul.

The eldest son of the deceased, David Imoh Isang, in his appreciation on behalf of the family, thanked Senator Bassey Albert Akpan and all who have stood with them at their most trying times.