The people of Essien Udim Local Government Area have been assured of timely completion of the road connecting General Hospital, Ikpe Annang and the Obo Annang Market.

As a proactive measure against the impending consequences of the road construction on some schools in the area, Governor Udom Emmanuel has also directed the immediate commencement of work for perimeter fencing of St. Ignatius Primary School Ukana, Community Secondary School, Ukana East and Comprehensive Secondary School, Ikpe Annang. 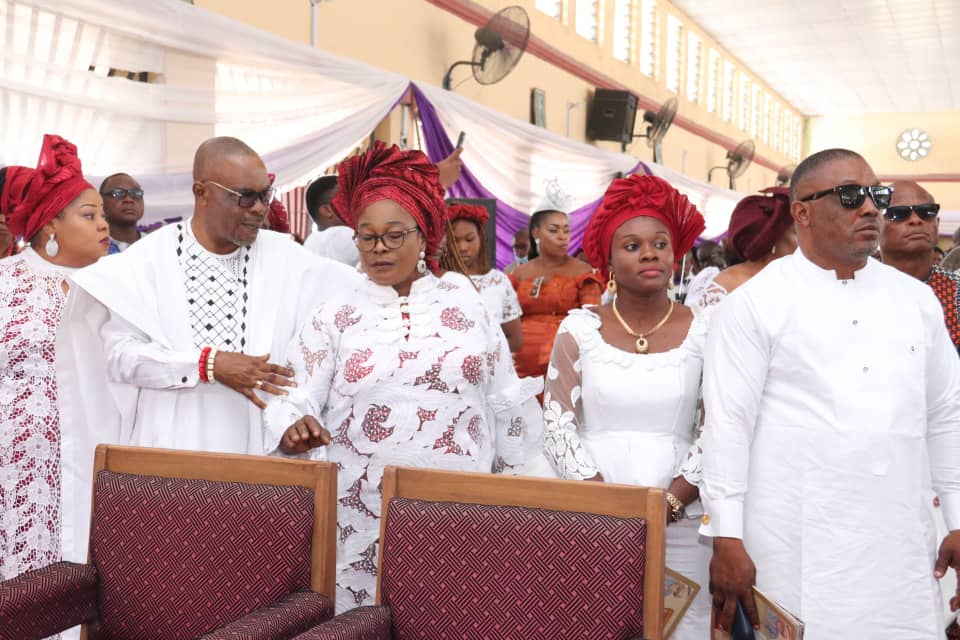 Governor Emmanuel made the declarations while speaking at the funeral service in honour of the Late Itai Afe Annang IV, Okuku Pius Effiong Esideh III, at the Assumption Parish of the Roman Catholic Church, Essien Udim.

“On the issue of the road, if you check that is the third contractor we are awarding that road and this time around we had to bring the Chinese to see how we can get it done. We are going to do that road by force. …but as we discussed, that once we open that road, those schools around the area will be left open.

“So I want to assure the community and the clan that those three schools, Saint Ignatius Primary School Ukana, Community Secondary School, Ukana East and Comprehensive Secondary School, Ikpe Annang, will be fenced all-round because of the opening of those roads and that will be done immediately, as a mark of honour”, the Governor declared. 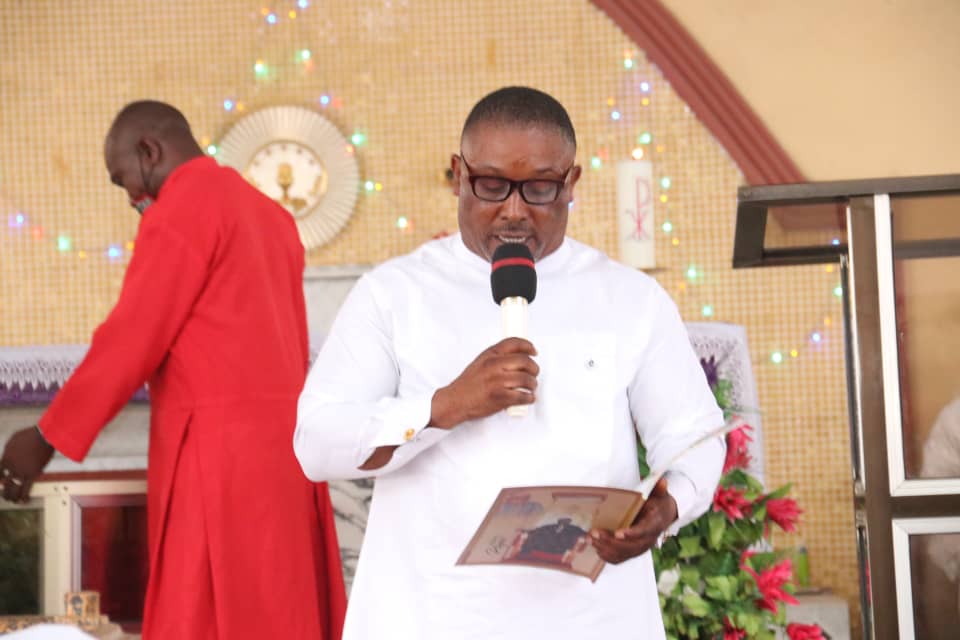 He disclosed that his appointment of an indigene of Essien Udim in the State Executive Council and the State House Member representing the area to supervise the project was deliberate to ensure close and dedicated monitoring towards timely completion of the project.

The gesture was in line with the wish of the deceased, coupled with the present state administration’s premium on education, he said. 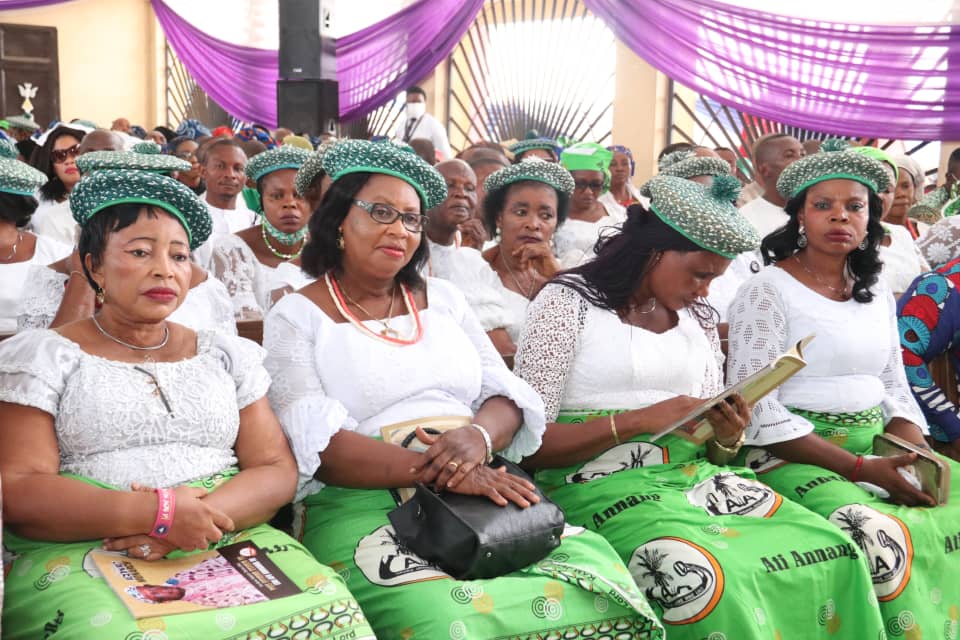 He described the deceased as a respected patriarch and educationist who exhibited both character and charisma, positive and forward looking, an advocate of good judgement and Justice, whose support and good counsel was valuable to his administration. 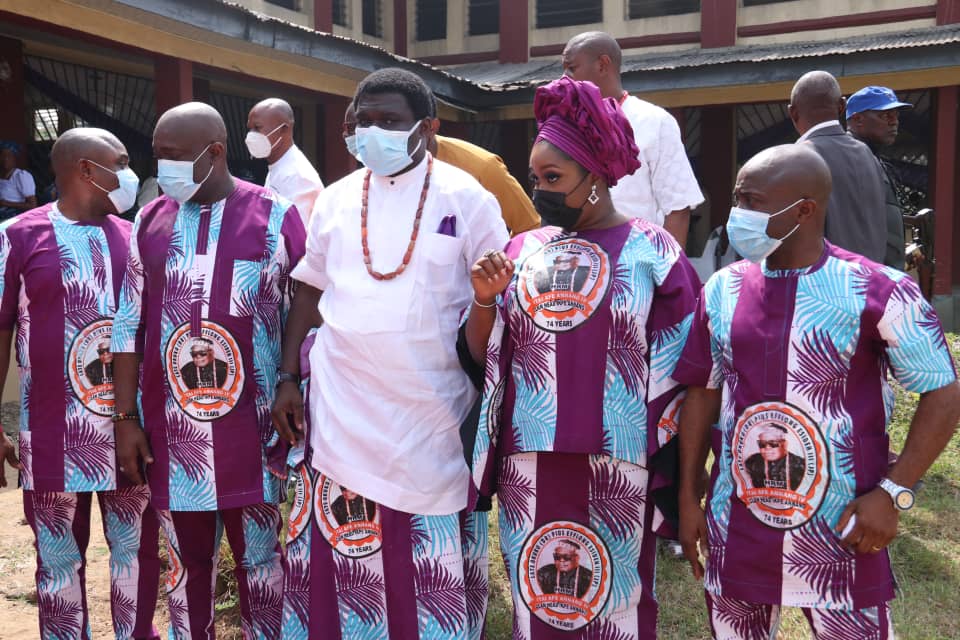 He condoled with the bereaved family and prayed for the reposed of the soul of the dead.

Also admonishing the gathering, Governor Emmanuel made reference to the scripture in Isaiah 5:20 and cautioned the people of the state against promoting evil and violence.

He stressed the fear of God as the utmost expectation from the living and cautioned against divisions in the body of Christ as well as the state. 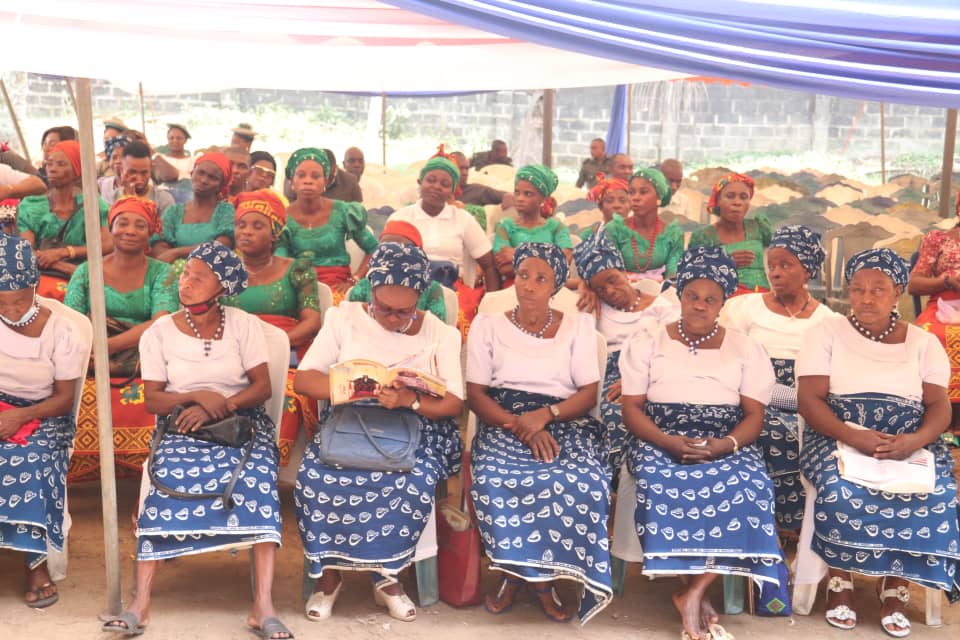 “We pray God will help us live a good life. In everything we do, let us not forget the conclusion as written by Solomon he said we must fear God and I think if we do that all will be well. All this rancour and fighting is unnecessary if we fear God because we cannot change what God has ordained and by the special grace of God that will be”, he added.

In his homily, tagged “The Blessedness of the Just”, Rev. Dr. Chris Umoh, taking his reading from Matt 12:1-12, charged Christians to lead a life of love as this will foster peaceful coexistence in the society.

He further described the deceased as an epitome of love and peace.