Governor Udom Emmanuel has flagged off the planting of 300,000 special breed of coconut seedlings in Akwa Ibom, announcing September 18 as the annual state coconut day in the state.

This follows the government’s target of cultivating two million coconut seedlings in the State to serve as raw materials for the just completed St. Gabriel’s Coconut Oil Factory at Mkpat-Enin Local Government Area. 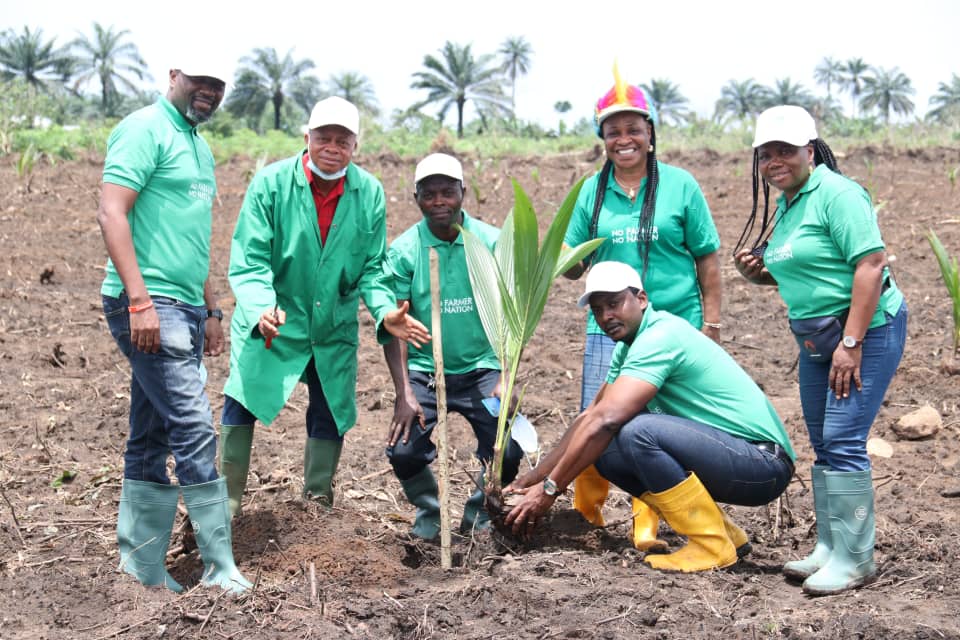 Performing the flag off, Governor Emmanuel, who led other top government officials bto show example, planted 50 seedlings at the Government Coconut Plantation, Ekeya, Okobo, saying coconut which is of high yielding value in the international market, has the potentials to replace crude oil.

Emmanuel said the coconut planting exercise was being performed simultaneously across all the local government areas in the state, adding that planting coconuts in schools were also being targeted in the scheme to ensure that the state coconut oil refinery was fully supplied with coconut fruits. 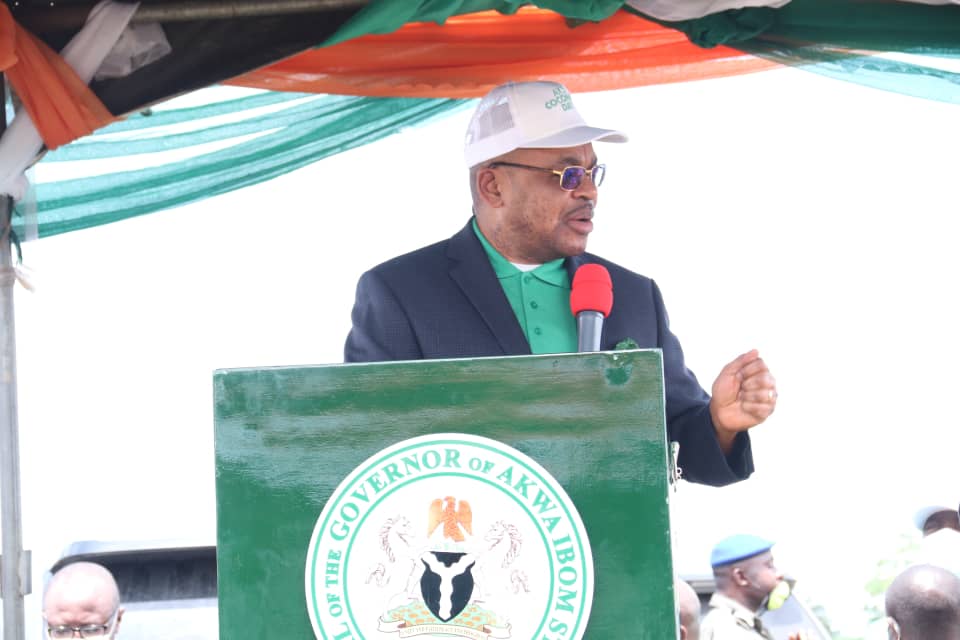 He called on the Federal Government and Central Bank of Nigeria, CBN to partner the State in coconut investment.

“Today is a very special day. It is the day that is borne out of vision. 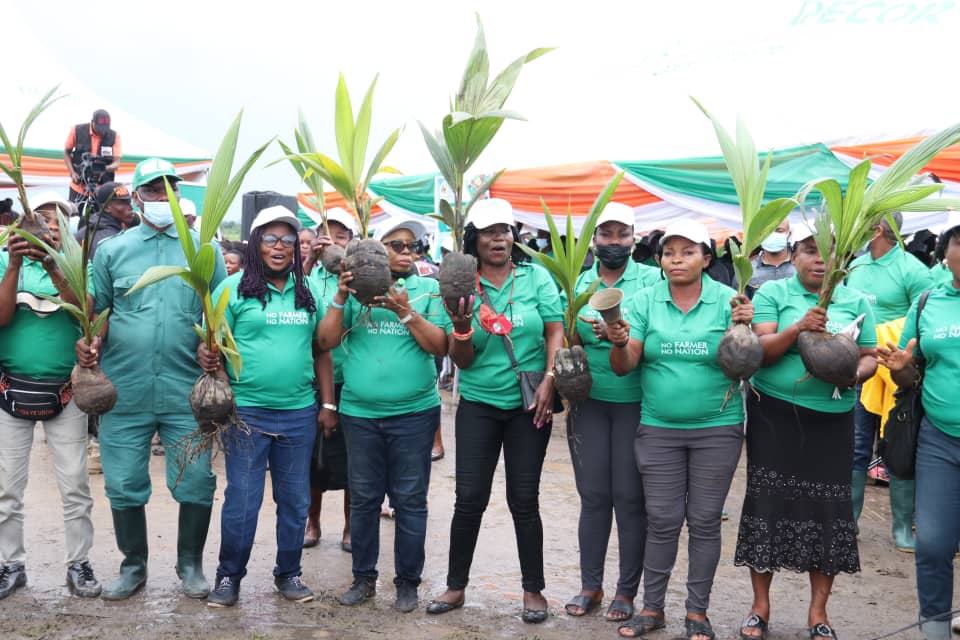 “The St Gabriel’s Coconut Oil Virgin Refinery that we have in the state, is first in Africa. We want to create a future for our young ones. Coconut has 365 uses which means that every single day that God created has a use for coconut”.

“The Coconut refinery has been completed. What is next is a test run and knowledge transfer.

“Coconut is of high value and can possibly serve as alternative to crude oil. This is a great investment for CBN and the Federal government”.

“We have a much bigger plantation in Mkpat-Enin, Eastern Obolo and Ikot Abasi. 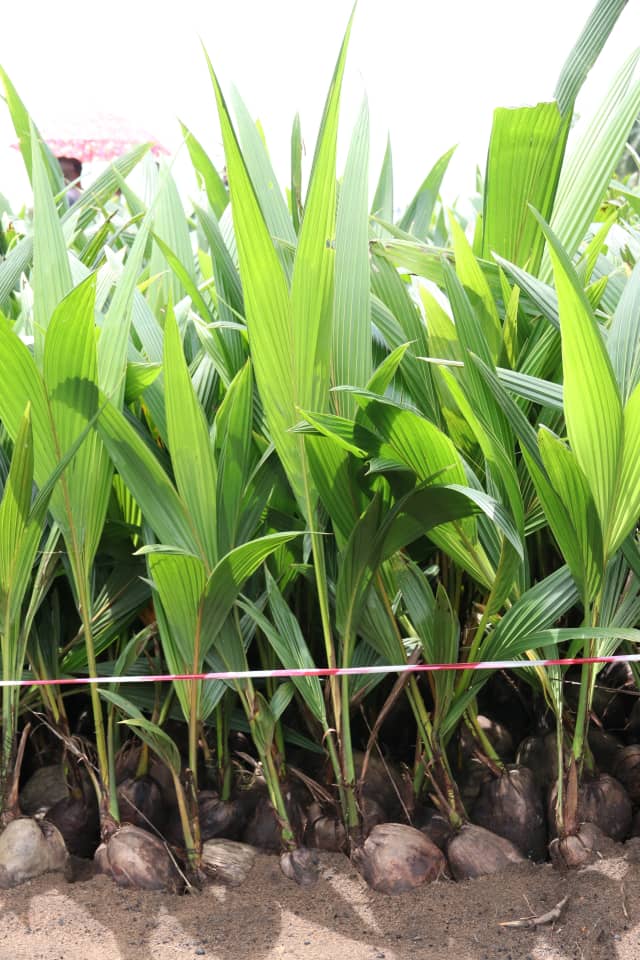 We are embarking on a campaign to cut down trees without economic values in schools, to replace them with coconut. Each student in public schools will be given a coconut seedling to plant.
In one day, one million students of secondary school would have planted one million coconut seedlings.

This will create competition among the youngsters. These are high breed seedlings we’ve been able to acquire across the world. The refinery is going to be a master economic breakthrough”, said the Governor.

He appealed to the host communities to ensure the coconut plantation is nurtured and protected.

“This is the resource of 7.2 million people. We believe that you will nurture, protect and sustain it”. 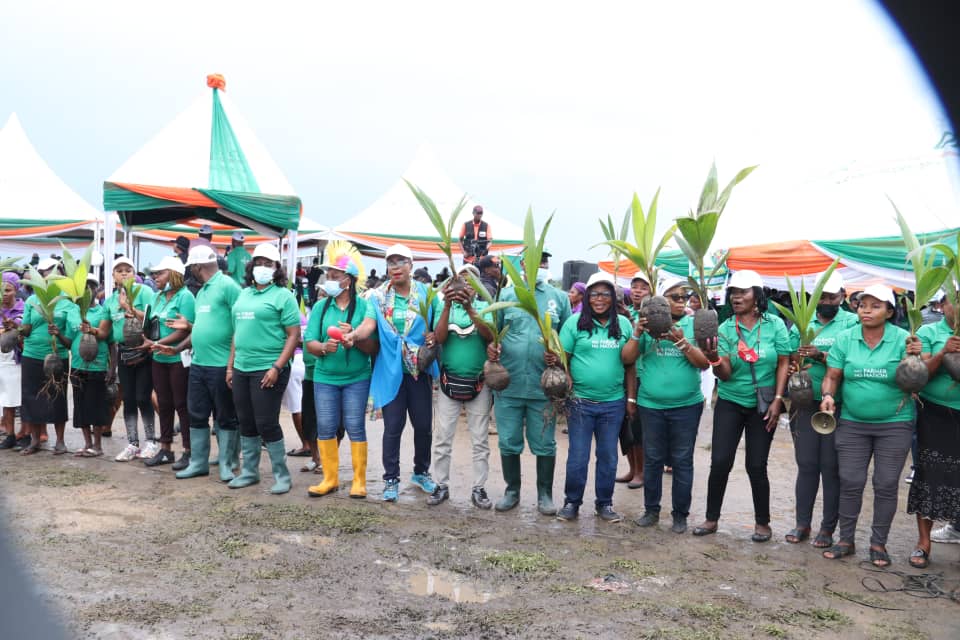 Earlier in her speech, the Commissioner for Agriculture, Dr. Glory Emmanuel Edet said God has blessed the state with fertile soil, and hailed the Governor for paying premium to agriculture and food security.

She noted that the massive investments in coconut plantation is part of measures to further diversify the economy of the state, adding that Akwa Ibom is set to take over the International coconut oil market in Nigeria.

“Coconut oil is taking over the crude oil market, Governor Emmanuel is a visionary leader for planting coconut across the state and building the coconut refinery at Mkpat Enin.”

” In your first tenure agriculture was key and now agriculture has been revolutionised. We can only reduce poverty through agriculture, You have empowered farmers by giving farm inputs. We now cultivate onions and other vegetables. You have made farmers to go back to cash crops, just two months ago cocoa seedlings were distributed to farmers . Farmers are so happy with the cocoa processing factory at Ini.” she added.

The State Coordinator, Federal Ministry of Agriculture, Dr. Uyobong Uko commended Governor Emmanuel for spreading the coconut planting initiative like wild fire across the state, adding that he has witnessed several farm inputs shared to farmers across the state on a regular basis through the Governor’s initiative.

He reiterated the support of the Federal Government towards the coconut initiative and said that, they will continue providing rural infrastructure to farmers across the state. 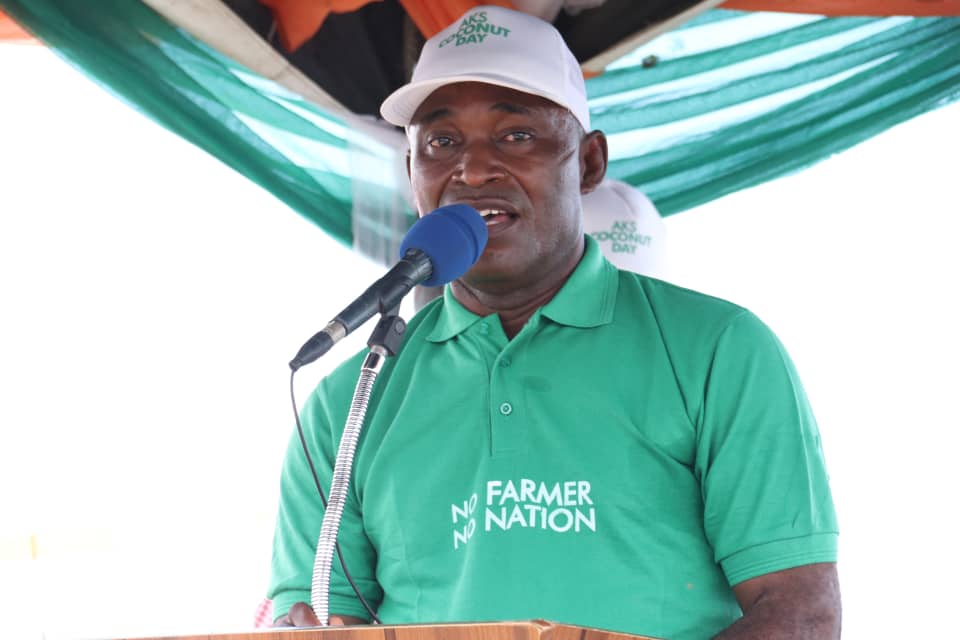 Speaking also, the Chairman of Okobo local Government Area, Sylvester Attah described the Governor as a visionary and creative leader whose creativity has brought great development in the agricultural sector of the state.

He further appreciated Governor Emmanuel for having the interest of Okobo people at heart by intervening in a communal war in the area, as well as the construction of a major road in the area, and pledged their undying support towards his administration’s Completion Agenda. 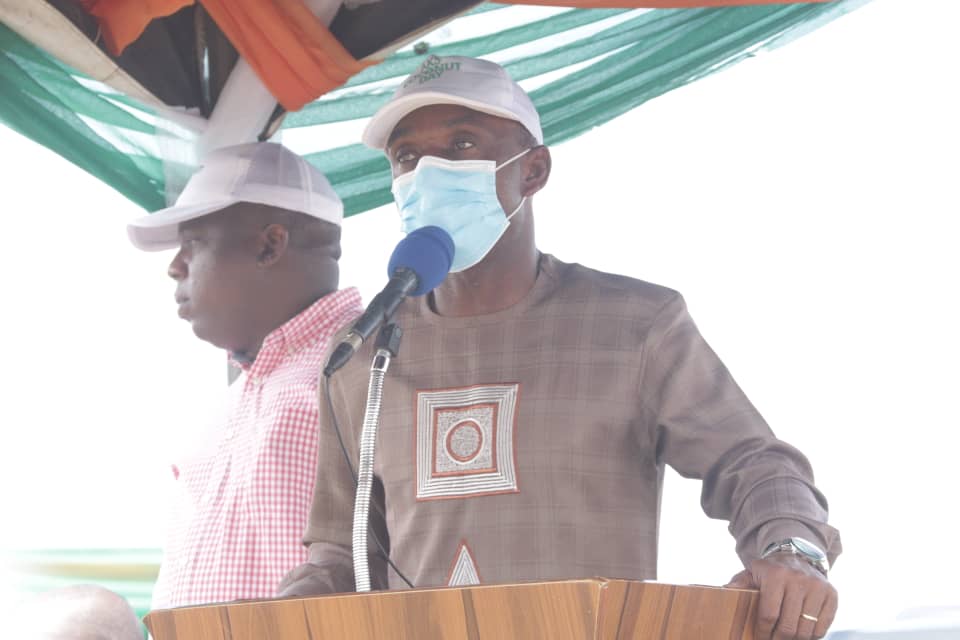 Also speaking on behalf of Farmers, the President , All farmers Association of Nigeria, Akwa Ibom State chapter, Prince Bassey Inwang , thanked the Governor for his endless agriculture programmes through the Ministry of Agriculture, aimed at bettering the lives of farmers in the state.

“We have been distributing to farmers all you have given to us through the ministry, fertilizer, knapsack sprayers, seedlings and loans, we can’t thank you enough,” he said.