The leading Governorship aspirant in Akwa Ibom State, Senator Albert Bassey Akpan, has said that Mbo Local Government Area will be made the commercial hub for the entire Gulf of Guinea, once he emerges as the state’s chief executive.

To that end, an intensive human capital development scheme, involving targeted training and equipment of youths with the required skillset and certification, is to be launched there, in preparation for the take-off of the Deep Seaport in Ibaka, once Senator Albert becomes the governor.

Senator Albert unveiled his plans for the area on Saturday, April 23, 2022, during his consultive visit to Mbo Local Government Area, where he laid bare his programmes and blueprint to the delegates and stakeholders.

To demonstrate serious commitment, a contract for the construction of the road to the seaport site is to be awarded within his first 100 days in office. 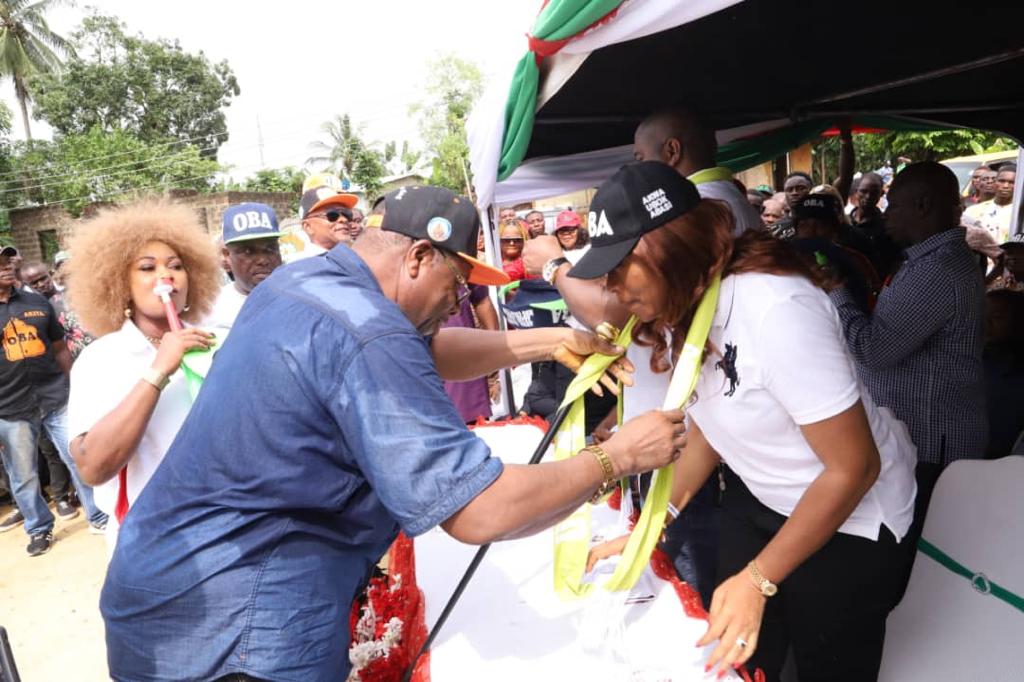 Part of the blueprint highlights a process where some selected indigenes from the state would be trained in relevant areas such as engineering, transport and logistics management, industrial welding and fabrication, maritime law, dockyard operations and management, seafaring, marine engineering and oceanography, environmental impact assessment, pollution management, safety, and other related fields.

Aside from the deep seaport project, which is expected to provide over 5000 jobs, OBA also hinted at commercialising fishing in the area with the input of technical support.

Ebughu Fishing Terminal has been moribund for years. The senator assured that revamping it will provide the platform for post-harvest value addition, processing, and linkage with local and international markets. 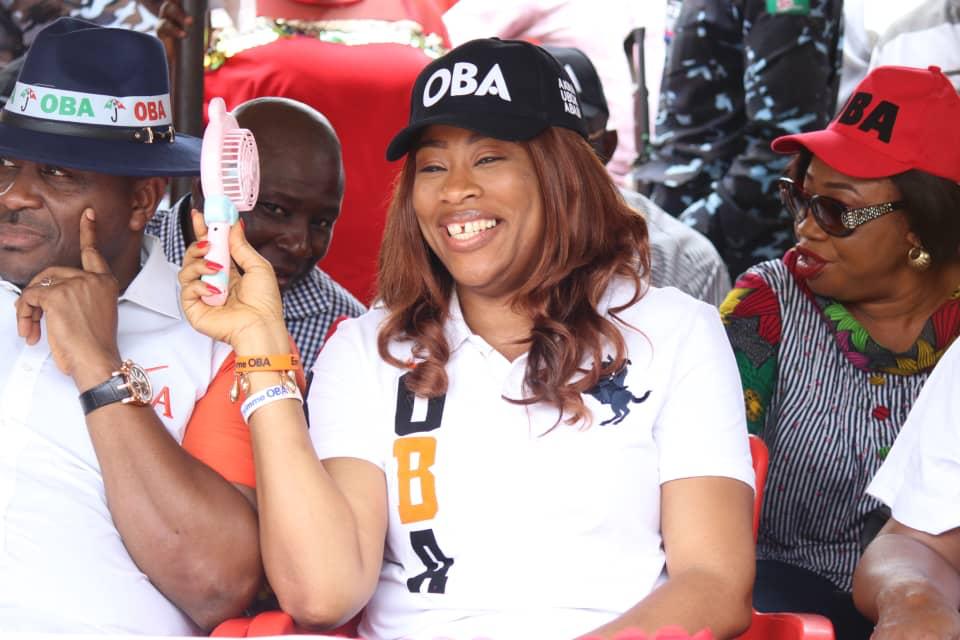 “It costs nothing to bring in fishing trawlers to Mbo waters”, he added.

He also spoke about his conscious involvement in the Petroleum Industry Act (PIA), knowing that Mbo people and other oil-bearing communities in Akwa Ibom stand to benefit.

He then assured them of his commitment to ensuring official recognition of Oro nation as oil-bearing communities.

OBA also informed the people of his sole sponsorship of 481 students, including Mbo children, on a scholarship scheme in tertiary institutions across Nigeria, a venture that has produced 28 first-class graduates so far.

He spoke against “mbiam” politics, urging the people to support him based on their conscience, assuring that his will be a government of the people. 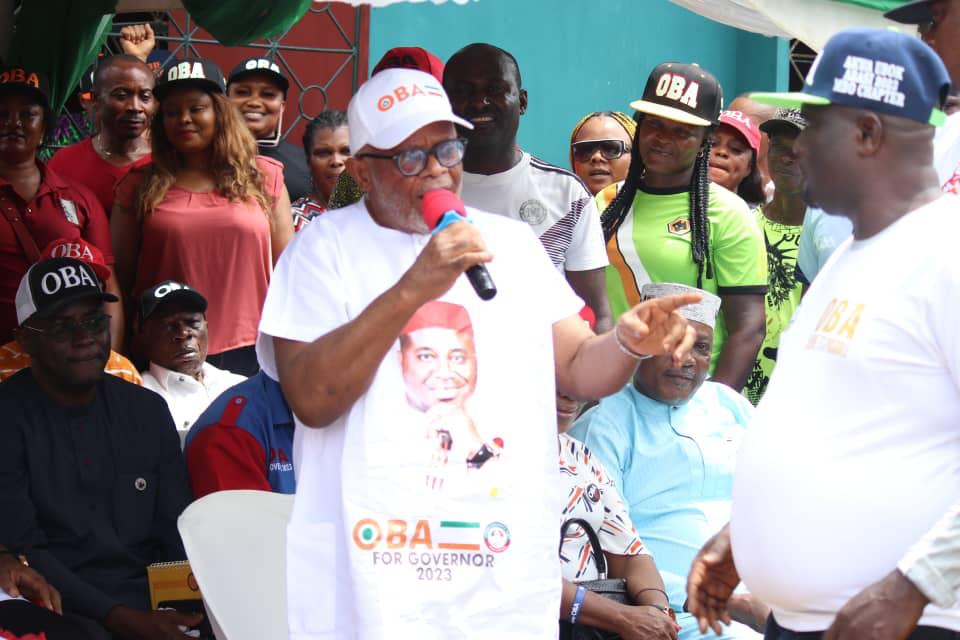 They also charged the people to support equity, justice and fair play, so that the Oro nation will also benefit from those virtues when the governorship returns to Eket senatorial district.

“If you join them to kill rotation, when governorship comes back to Eket Senatorial District, those same people will argue that it is open to everybody, thereby depriving Oron Federal Constituency of their opportunity,“ Sir Akpabio said.

Pastor Ibuot said OBA has made Akwa Ibom proud at the national level in his representation in the Senate, therefore deserves to be given the chance as governor.

Presenting OBA to the people, Sir Akpabio described the aspirant as someone who is very qualified, competent and knows Mbo in and out, having traversed the area while serving as chairman of Inter-ministerial Direct Labour Project under the then Governor Godswill Akpabio.

While responding, the Chapter Chairman of the People’s Democratic Party (PDP), Mr Etetim Okon Isemin, said all power belongs to God and prayed that OBA will sail through to Government House. 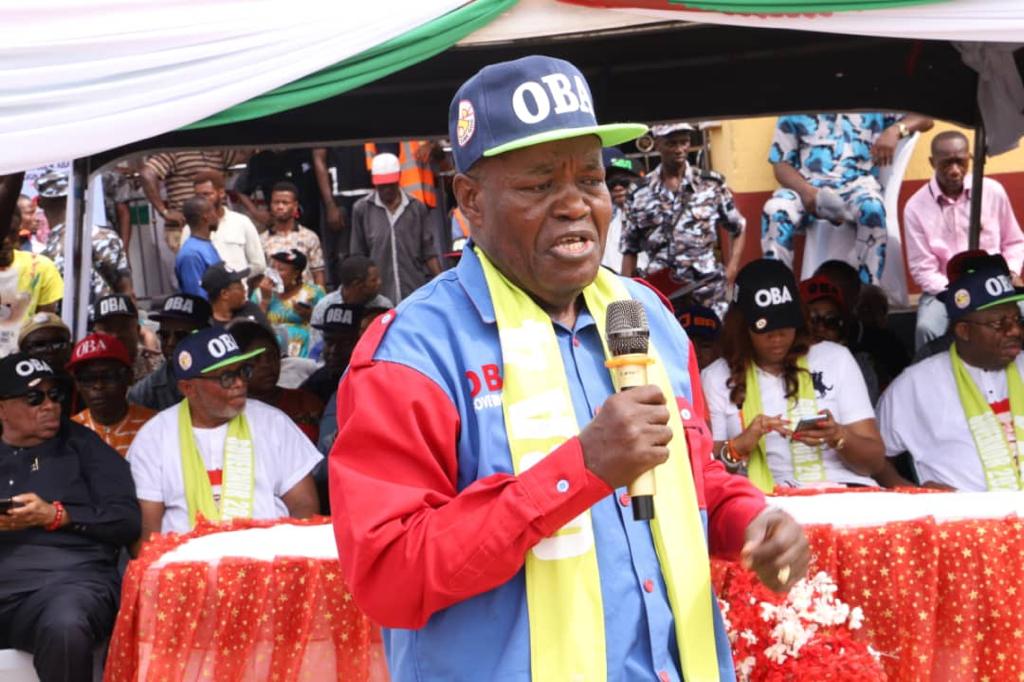 Ikpoto Okon Osung, a party chieftain from Oro nation, noted that the situation in the state is so bleak and the only person to redeem it is OBA.

Chief Eddie Abang, responding, said it was the first time someone will come down to consult the stakeholders in Mbo. 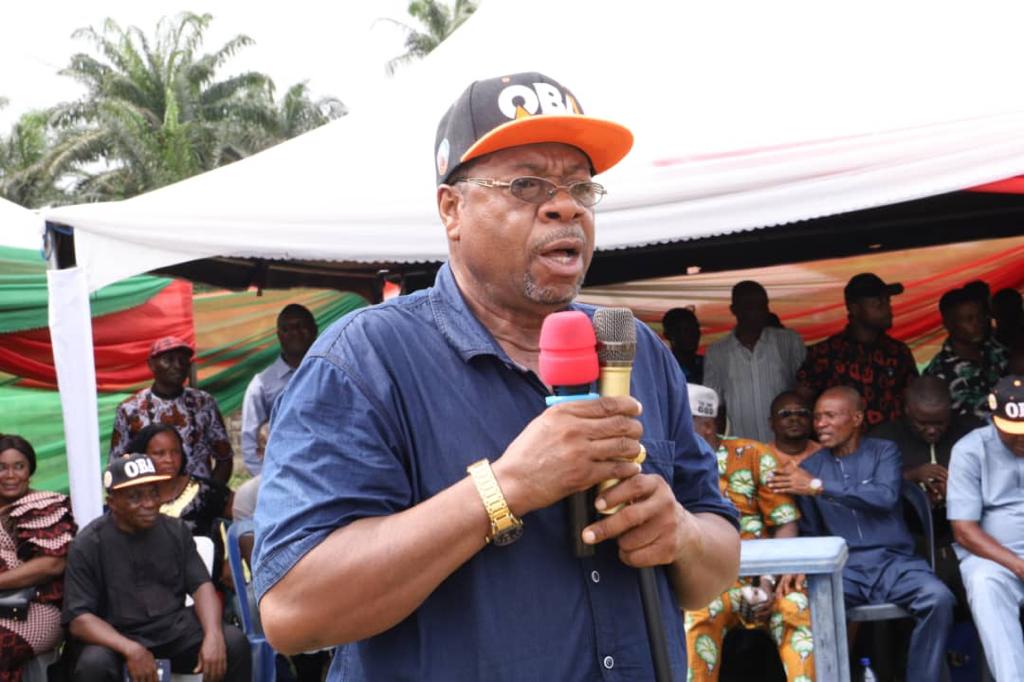 He pleaded for the completion of the abandoned Etebi-Ewang Road and Udesi Bridge linking the East-West Road when he becomes the governor.