A tumultuous crowd of jubilant members of the People’s Democratic Party (PDP) and enthusiasts besieged the Godswill Akpabio International Stadium to welcome and celebrate Senator Bassey Albert Akpan as he arrived for the inauguration of the National Executive Committee of the Maintain Peace Movement (MPM) on Friday. 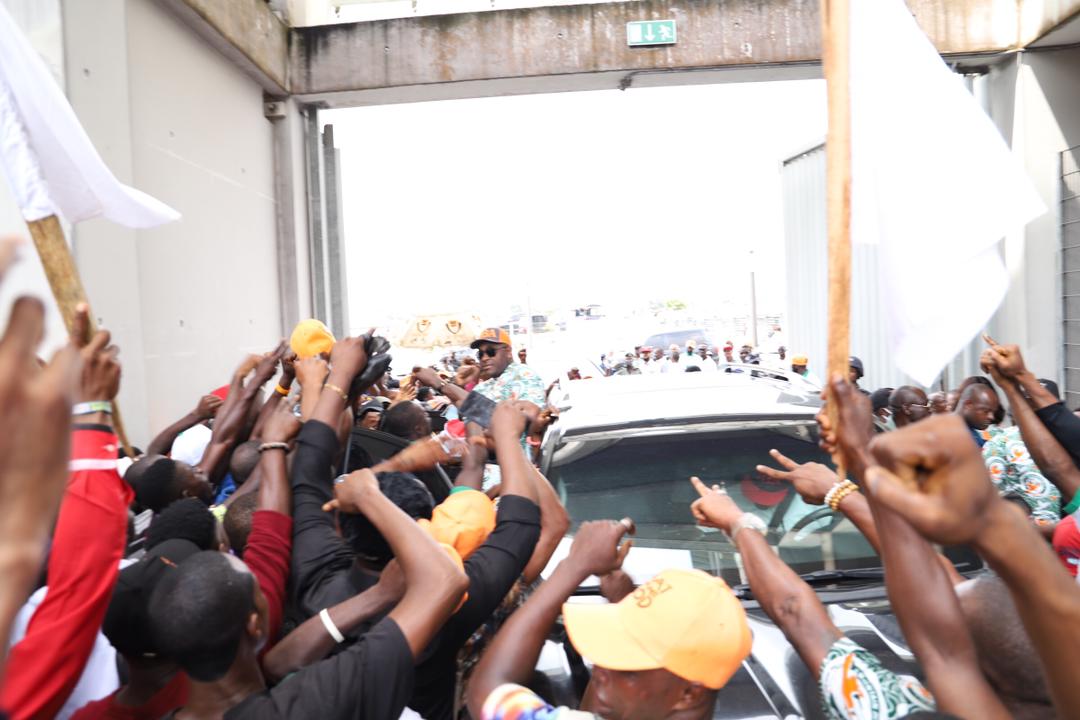 Senator Albert, popularly known as OBA, who is the Leader of Akwa Ibom State Caucus in the National Assembly, Abuja and Chairman, Senate Committee on Petroleum Resources (Upstream), had a hectic time alighting from his vehicle as the ecstatic crowd thronged his convoy chanting “OBA for Governor 2023”. 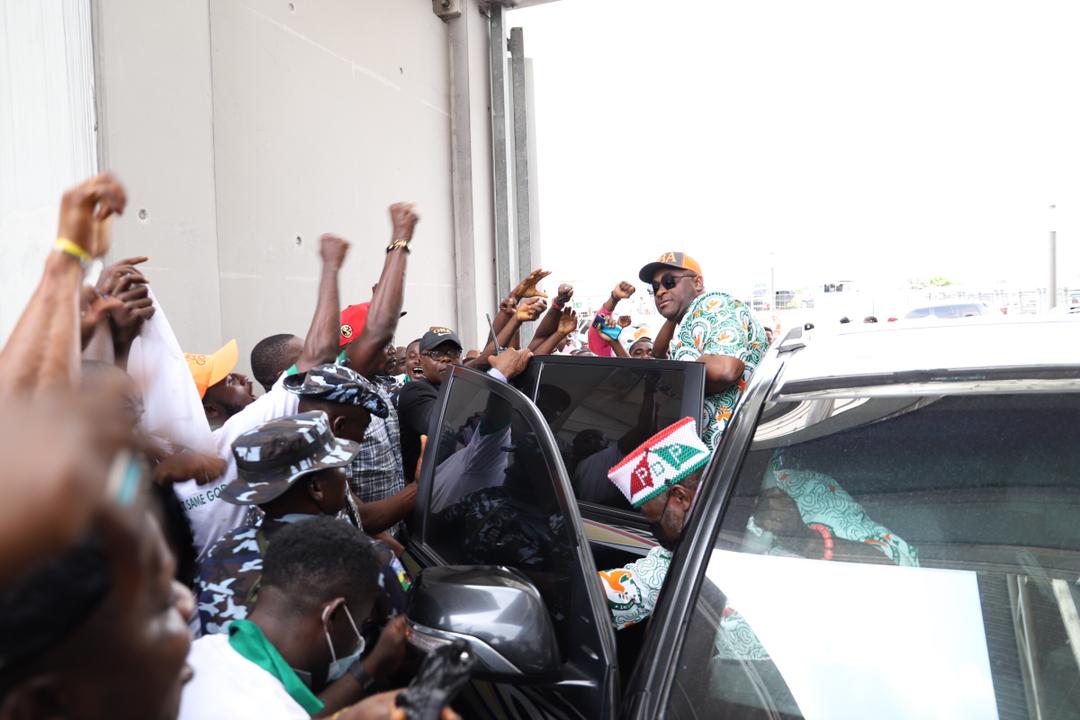 As soon as he came out of his vehicle, the crowd surged forward with each party supporter and enthusiast, struggling to touch him with hails of “OBA is a goal”, “Senator Albert is our choice”, “Enyimme OBA”, and “Senator Bassey Albert, carry go, 2023 is a done deal, OBA, right choice for Governor after Udom!”

Senator Albert, who donned the attire of MPM, acknowledged the cheers with handshakes and wave of hand, as his security details battled without hitches to control the jubilant crowd before successfully escorting him to his seat. 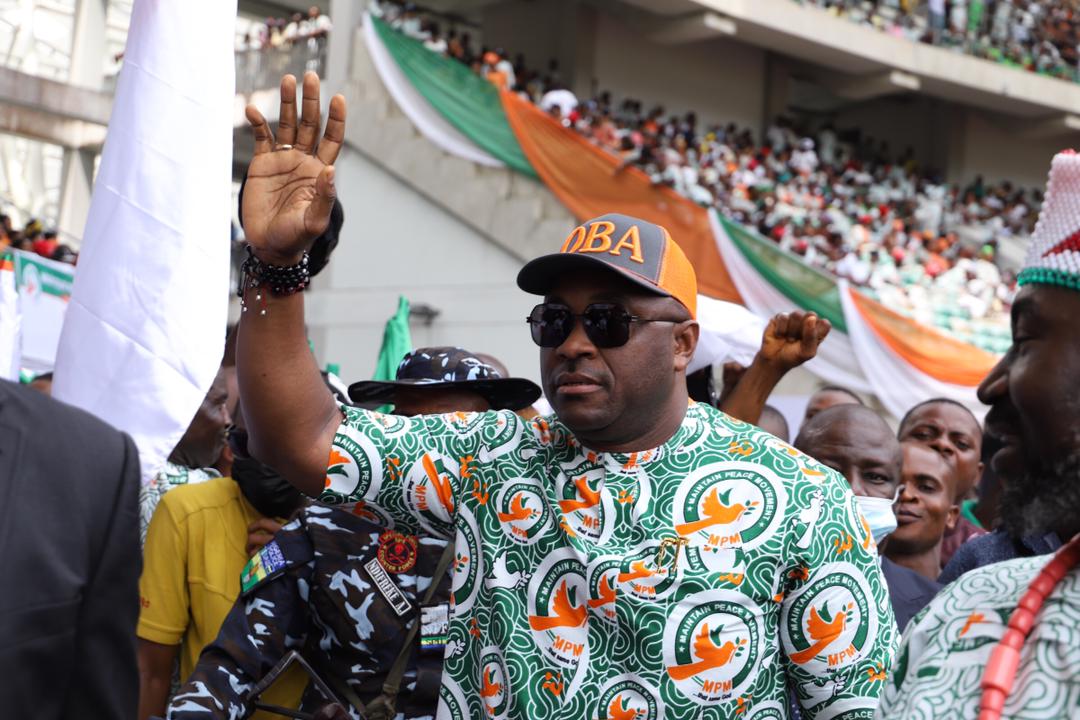 One of the PDP chieftains at the Stadium, Otuekong Anietie Ekong, who is a former State Secretary of PDP, attributed the enormous jubilation accorded Senator Bassey Albert Akpan (OBA) to his excellent performance in the Senate and his constant outreach to his Constituents through various impactful programmes.

“What you have just seen is an expression of appreciation for his exceptional performance at the Senate and constant empowerment of his Constituents and Akwa Ibomites generally. There’s no performance such as we have seen of him before.

“He is the type of leader Akwa Ibom State urgently needs after Governor Udom Gabriel Emmanuel in 2023.

“As Commissioner for Finance 2007-2014; he performed creditably. He knows what service is all about and that’s what we need,” Otuekong Ekong said.