The Oku Ibom Ibibio and President General of Akwa Ibom State Traditional Rulers Council, His Eminence, Ntenyin (Dr.) Solomon Daniel Etuk and wife, are set to give out their daughter, Princess Esit- Ime Etuk, in marriage. 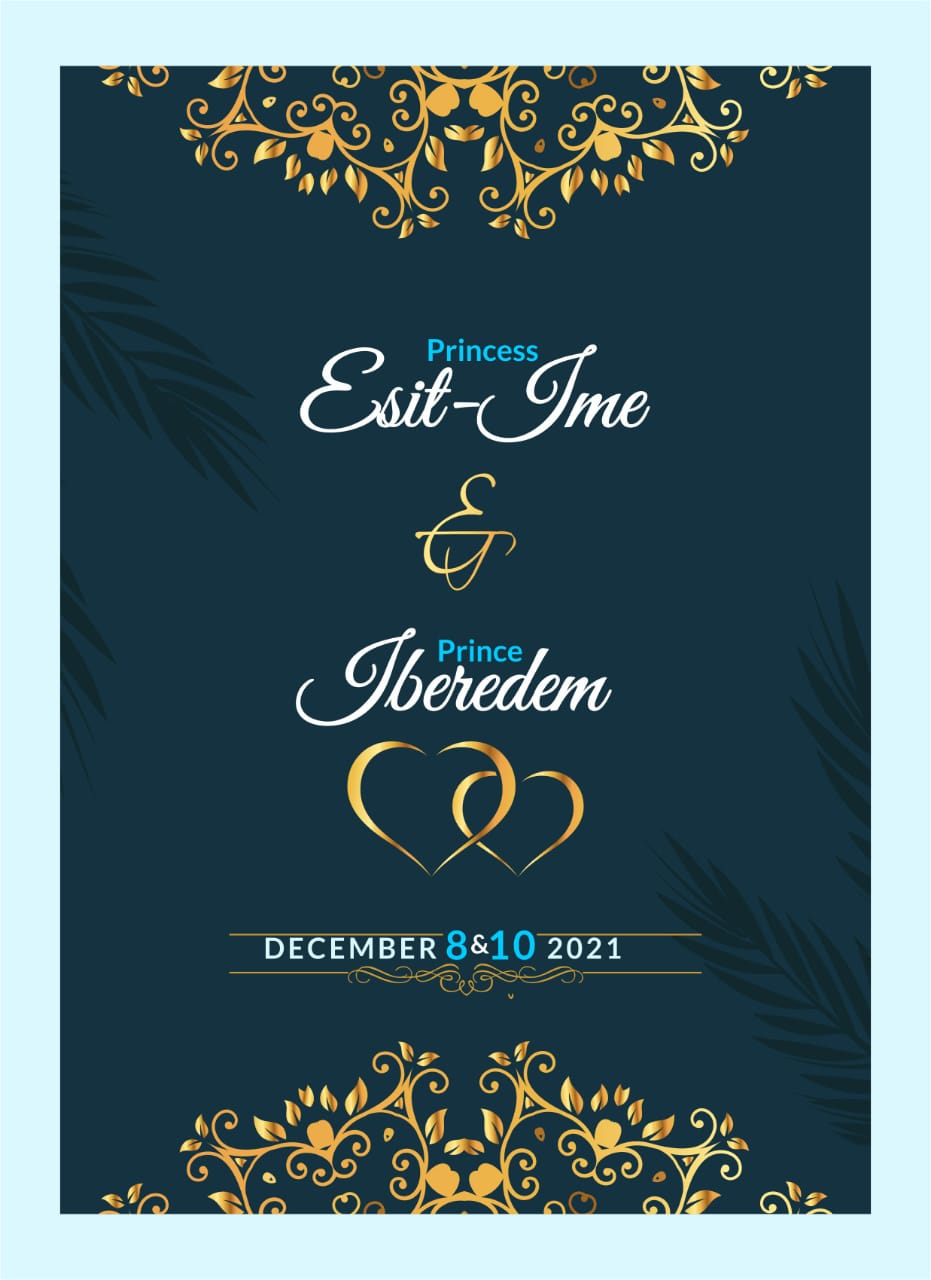 It stated that the church wedding ceremony will hold on Friday, December 10, 2021 at St. Athanasius Parish, Nung Oku, near Ring Road 3, Ibesikpo Asutan LGA by 10:00am while the wedding party holds thereafter at Ibom Hall, IBB Avenue, Uyo, the capital city of Akwa Ibom State. 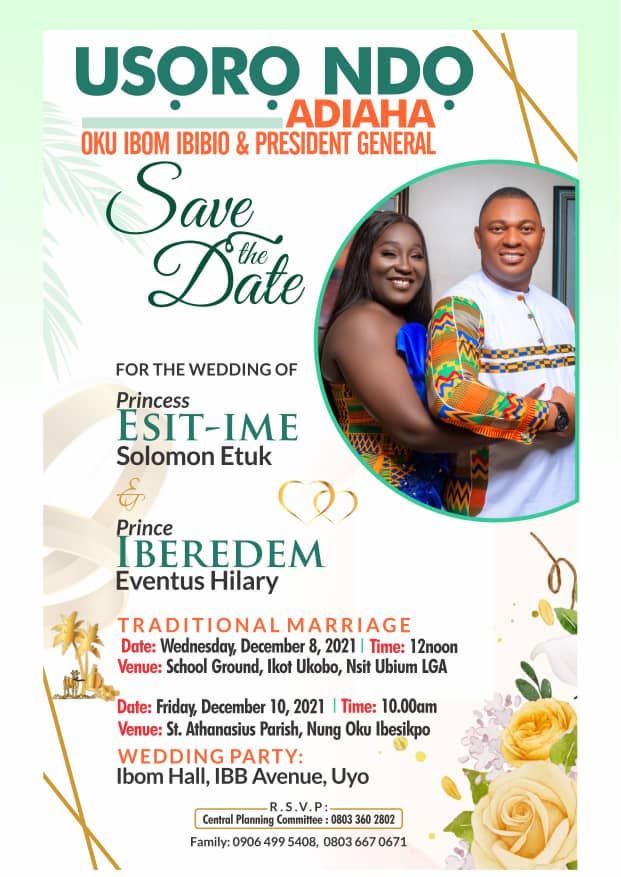 The release signed by the chairman of the CPC, Pastor Umo Eno, who is the Commissioner for Lands and Water Resources, and Mr. Emmanuel Umontuen, Secretary of the CPC, who is also the secretary of Akwa Ibom State Traditional Rulers Council, said the marriage events will attract eminent personalities and royal fathers across the country.

The royal wedding ceremonies have their Excellencies, the Akwa Ibom State Governor and wife, Mr. and Dr. (Mrs) Martha Udom Emmanuel as Special Guests of Honour while the revered elder statesman and former Governor of Akwa Ibom State, His Excellency, Arc Obong Victor Attah will serve as the Chairman at the Traditional Marriage. 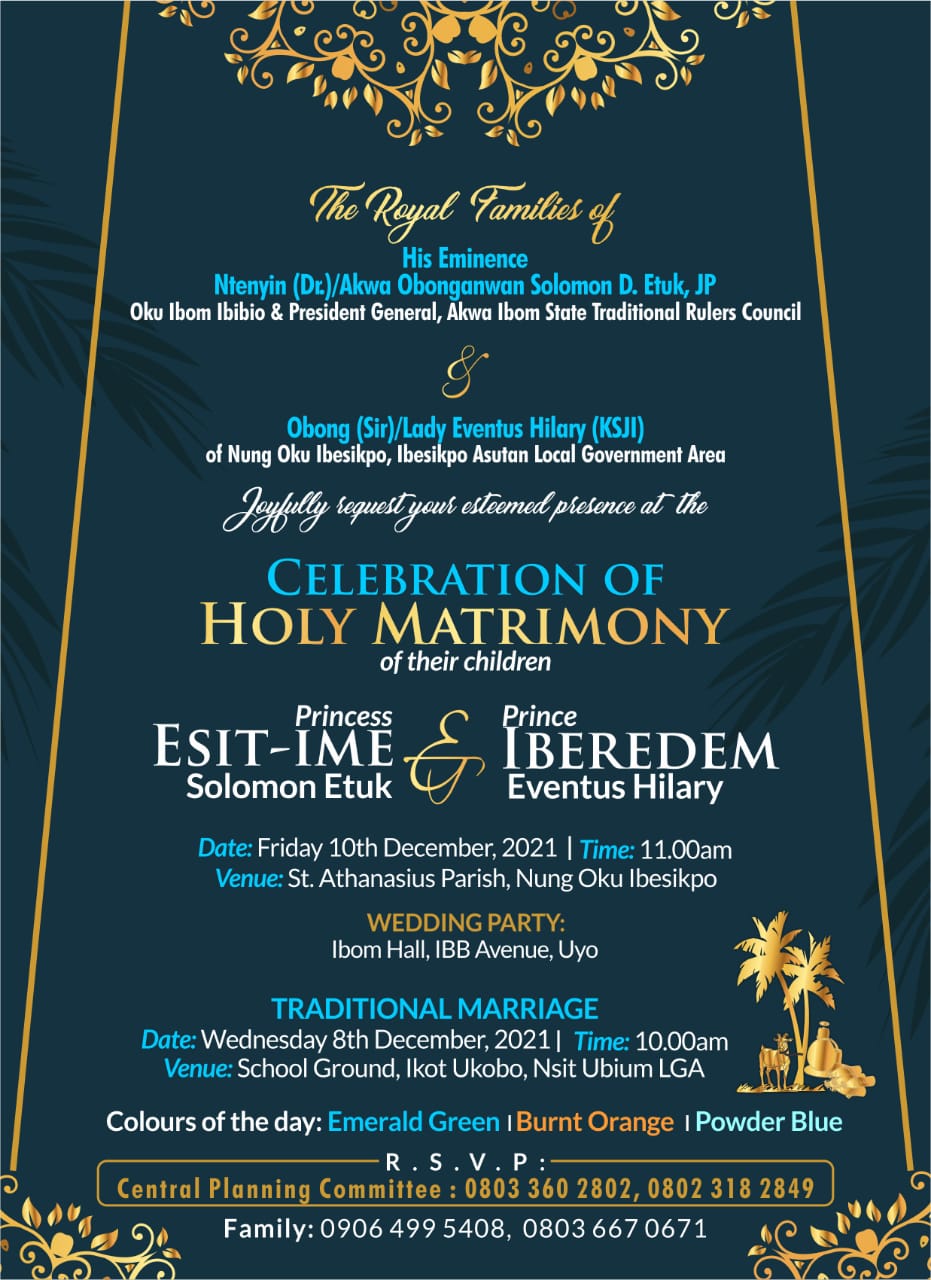 It added that HRM Edidem Raymond Timothy Inyang, FCA, Paramount Ruler of Onna LGA, who is the Secretary General of Ifim Ibom Ibibio and

Enin Afaha Worldwide will be the Chairman of the Wedding Party.

The release stated that additional information on the royal wedding ceremonies and the expected dignitaries will be unveiled later.