Following a petition to the Senate by the Akwa Ibom State Government (AKSG) and host communities over the failure of TOTAL Exploration and Production Nigeria Limited to renew its Memorandum of Understanding (MoU) with host communities, the Chairman, Senate Committee on Petroleum Resources Upstream, Senator Bassey Albert Akpan (OBA) has by the leave of the Senate waded into the matter with a view to bringing an amicable resolution between the parties.

In a meeting held on Wednesday, 15th September, 2021 in the Senate and attended by Paramount Rulers of Eket, Itu, Onna, Okobo and representatives of Oruk Anam, Etim Ekpo, Nsit Ibom, Ibesikpo Asutan and Ikot Abasi, the Akwa Ibom State Commissioner for Power and Petroleum, Dr. John James Etim requested Senator Bassey Albert and his colleagues to prevail on TOTAL to open an operational office in the state in line with the Nigerian Content Act 2010 and renew the Global Memorandum of Understanding with its host communities in the state. 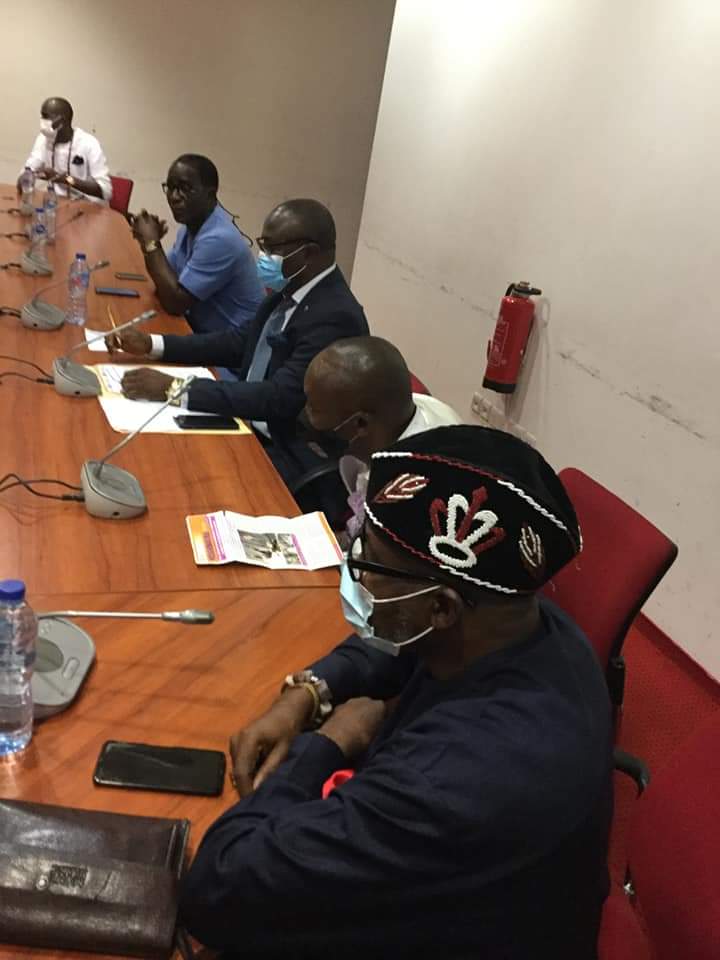 According to Dr. Etim, TOTAL operates in fields some of which has Ibibio names, namely Ime, Ofon, Odudu, Amanam/Kpono and Ikike. He said the ministry has made various efforts to reach out to the company for a dialogue on why they should continue in their Corporate Social Responsibilities (CSR) and MoU review process but they ignored all calls and refused to honour invitations to meetings.

Speaking on behalf of the Paramount Rulers and the host communities, the Paramount Ruler of Itu, His Majesty, Edidem (Dr.) Edet A. Inyang warned the company not to take the peaceful disposition of the people of the state to mean weakness and requested the company to do what is right. “We have sacrificed a lot to make the state peaceful for you to operate. Listen to this Distinguished Senate. Go and correct your ways. Don’t treat us as if we are weak,” the royal father said.

In his resolution, Senator Albert said the committee will visit the operational bases of the company within two weeks to ascertain things for itself. He implored the company not to capitalize on court cases not to review its MoU with its host communities. He said the meeting will be reconvened within one month to resolve all outstanding issues.