The International Coordinator of 1001+ Voices Initiative for People’s Empowerment, Obong Ide Owodiong-Idemeko has described sports as a unifying factor, money spinning business and urged talented youths to take advantage of the game to better their lots.

Ide Owodiong-Idemeko, a 2023 Governorship hopeful in Akwa Ibom, who is also the Obong Uwanna of Ibesikpo Asutan, made the remarks recently when he chaired the final of Jimmy Edu Annual Football Tournament for Asutan Ward 3 where he promised to give adequate attention to youth and sports development if elected as Governor in 2023.

He congratulated the winning team, promising to donate a complete set of Jersey to them. 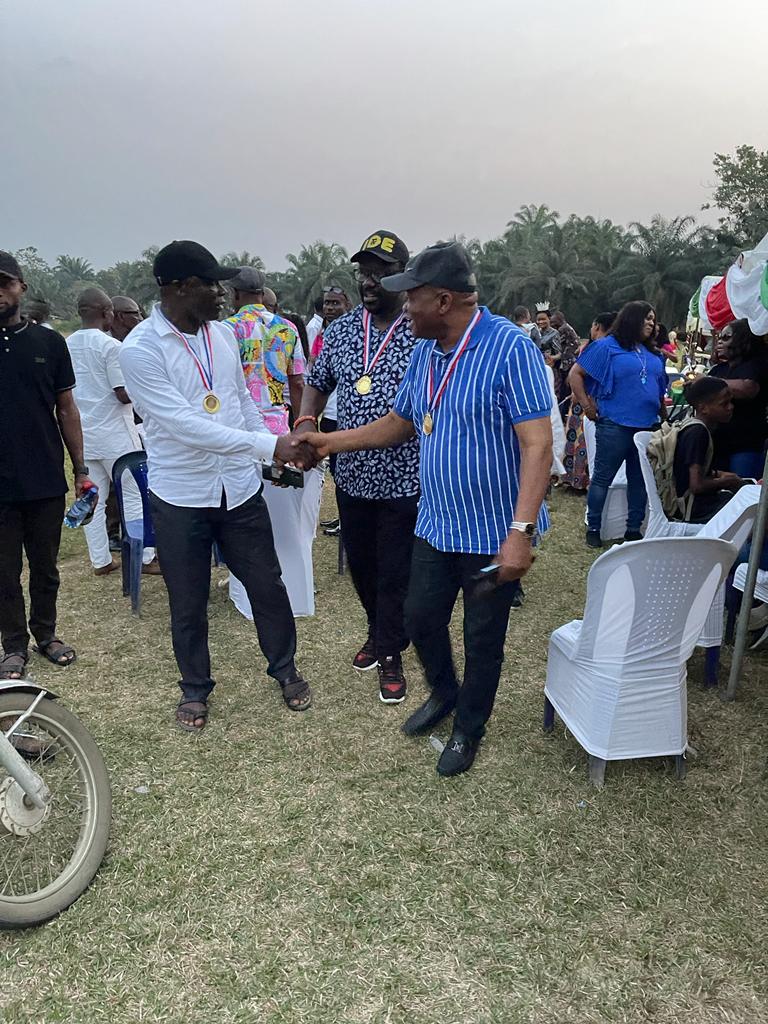 He also promised to donate a trophy to the organizers of the competition to be used in their next tournament.

The final which was between Ikot Obio Ata and Ikot Udo Eyoho ended in a penalty shootout after a goalless draw which resulted in a 6:5 win in favour of Ikot Udo Eyoho.

The event was gracefully attended by the children, youths, Elders, Women as well as the political Class.

The Service which had as its theme, “There Shall Be A Performance” (Luke 1: 45), was graced by various political class, religious leaders, royal fathers, men, women and youths of Akwa Ibom State.