Reaffirming his commitment to his administration’s Completion Agenda, Governor Emmanuel said the Ikot Abasi General Hospital project, being in line with his promise to provide at least one referral medical facility in each of the ten federal constituencies of the State, will cater for the healthcare needs of the people of Ikot Abasi, Mkpat Enin and Eastern Obolo LGAs.

“When I came in, I made a promise that each federal constituency will have a referral general hospital, such that if a case is referred from a cottage hospital or a primary healthcare facility, in less than 30 minutes, they should be able to access the best medical facility. 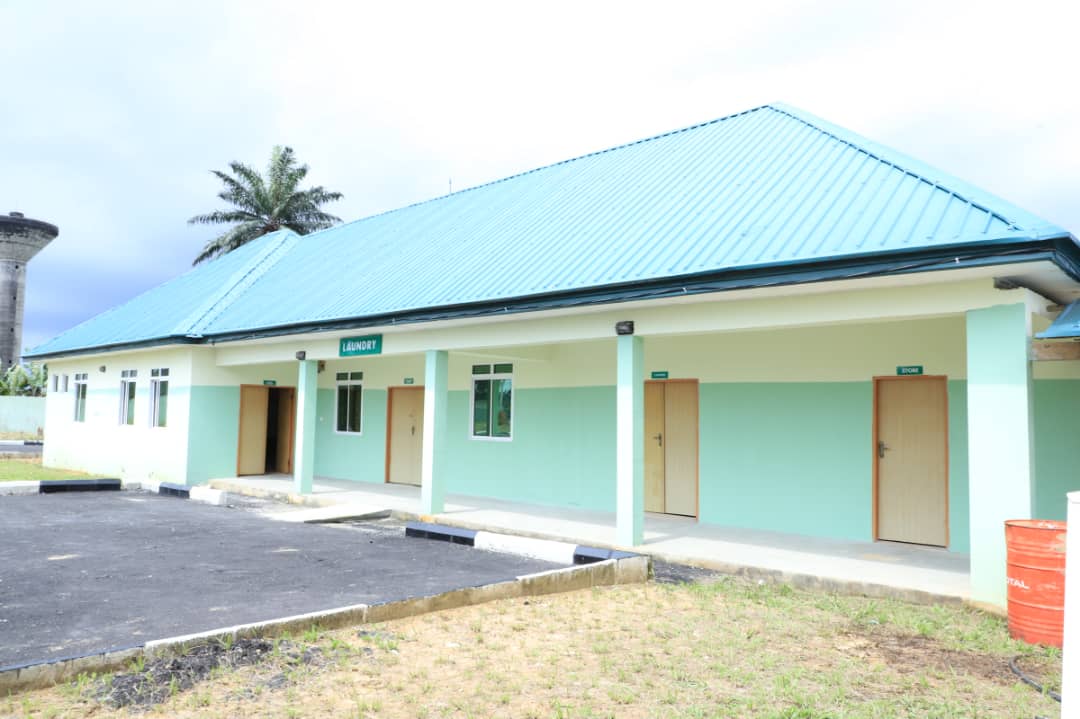 “Today we have done and commissioned 11, we have three more running. The last one I will Commission first quarter of next year is Ukanafun and that will give us fifteen”.

Besides, he stressed that Ikot Abasi was very strategic for the state and Nigeria at large, being home to NNS Jubilee Naval Base, the Federal University of Technology approved for the state, the Petrochemical, Ammonia fertilizer, Liquefied Natural Gas plant and the refinery, in addition to the 600 Mega Watts Ibom Power Plant and the soon to be revamped Aluminium Smelter Company. 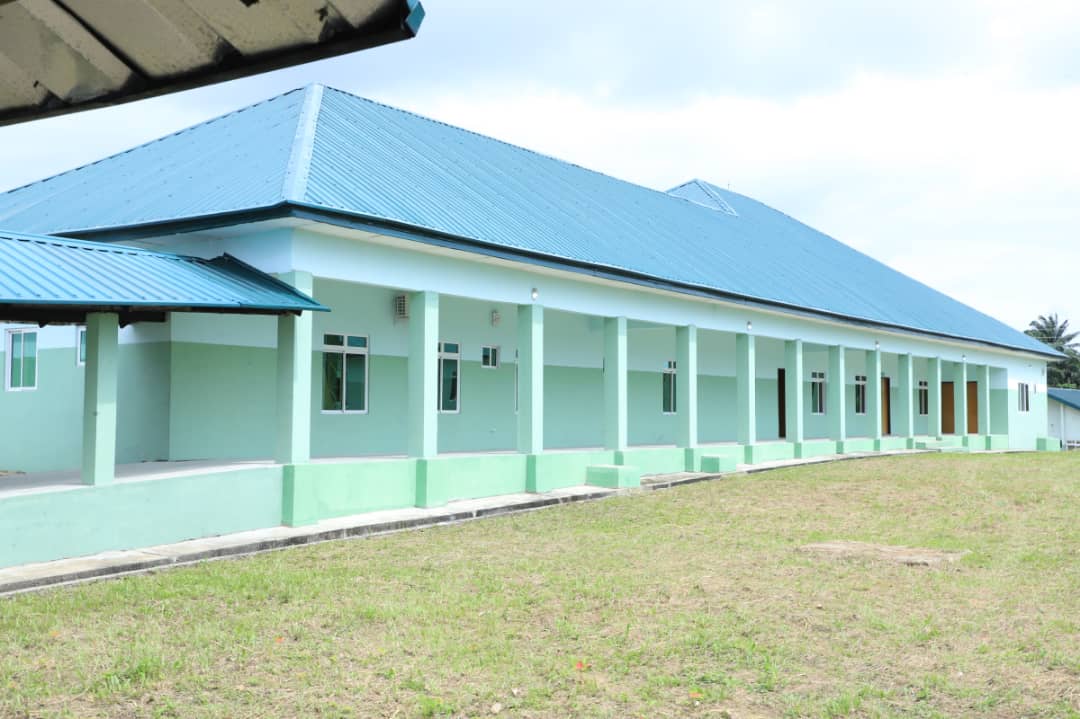 The governor disclosed that the state would soon take delivery of 13 of the 26 container-load of medical equipment acquired by his government and assured the Nigerian Medical Association in the State of the premium his administration places on healthcare, vis-a-vis training of medical personnel, adding that work is ongoing to bring to fifteen the number of such secondary healthcare facilities across the state.

“The New Chairman of NMA asked me about training. I stand to be corrected, no state government has given more preference to Medicare generally as we’ve done here. Every single other month we are training in one way or the other. Even the technicians, we are training. The people that are coming with the equipment are coming with trainers that will also train our technicians that will handle those equipment”, he stated.

The event also featured the flag-off of the 7th free medical service programme sponsored by an indigenous construction firm, Hensek Group, in partnership with the Nigerian Medical Association, NMA. 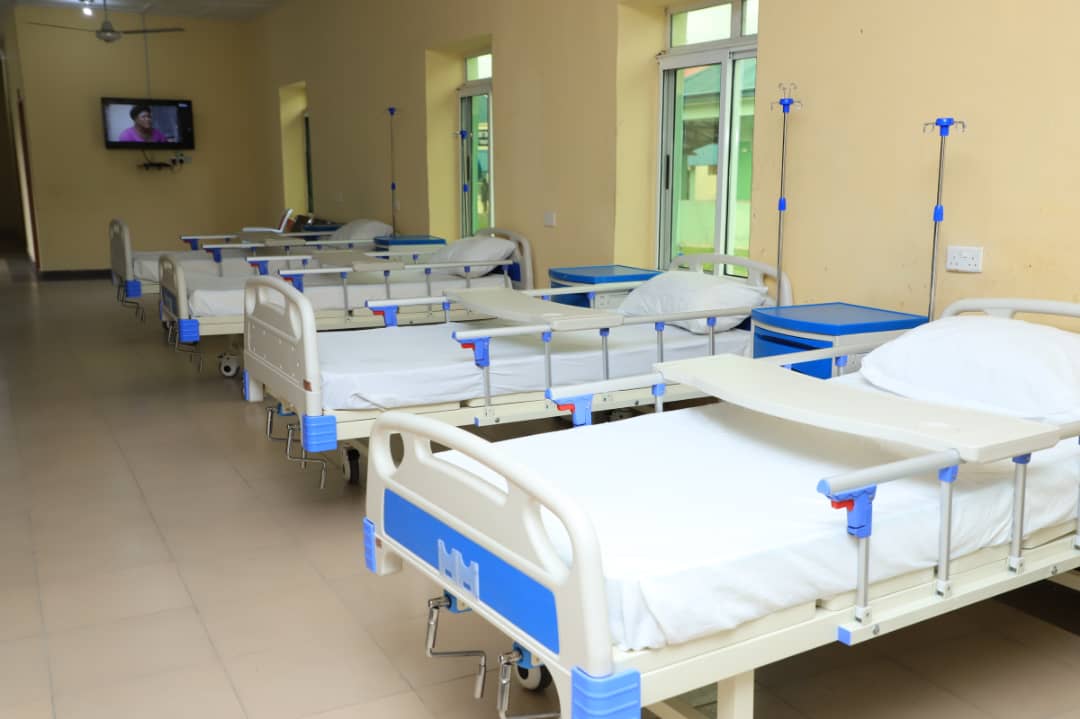 Giving an overview of the project, the Commissioner for Health, Prof. Augustine Umoh said the hospital which was built in 1904, having passed through several dispensations was left in a deplorable state and appreciated Governor Udom Emmanuel for remoulding and re-equipping the General Hospital and the Hensek Group for constructing and donating a fully equipped laboratory to complement the state government’s effort.

Member representing Ikot Abasi State Constituency in the State House of Assembly, Rt. Hon. Uduak Odudoh, in a goodwill message, re-echoed the appreciation of Ikot Abasi people to Governor Udom Emmanuel for giving the General Hospital a face-lift, pledging their loyalty to the governor’s completion agenda. 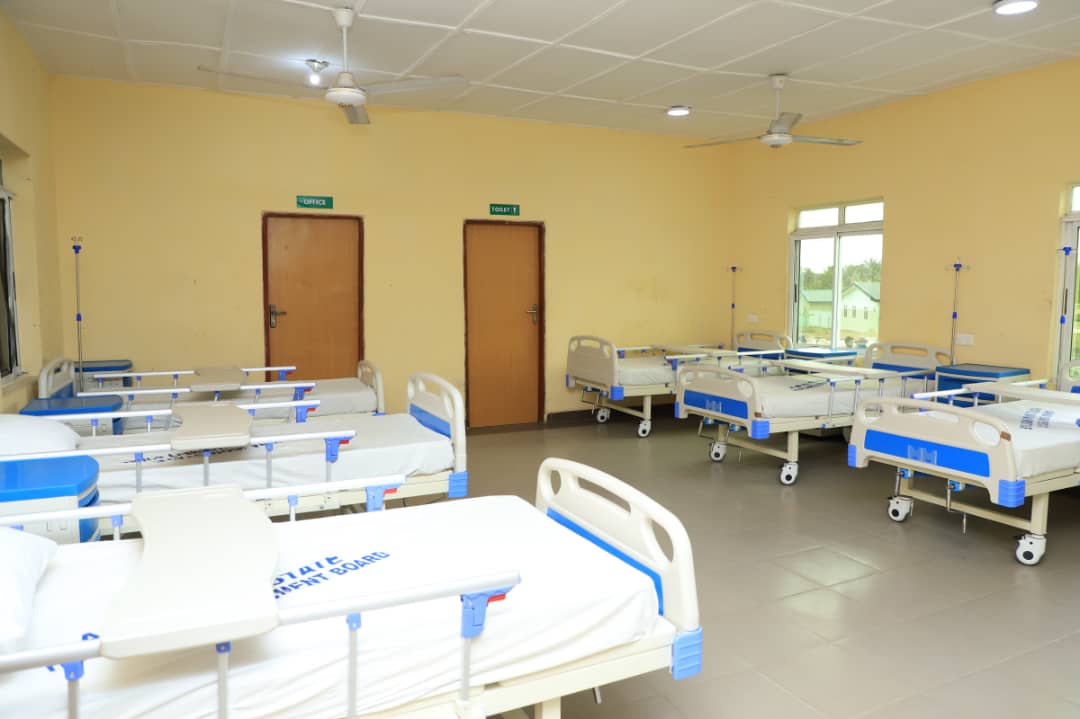 Dr Emem Abraham, Chairman Nigeria Medical Association (NMA), Akwa Ibom State Chapter in her goodwill message appreciated the gesture of the Governor for making health a topmost priority to address the challenges of Ikot Abasi people and appealed for some personnel to be trained for efficient service delivery.

Dr David Umoh Chairman, Hospitals Management Board also in his goodwill message thanked Governor Udom Emmanuel for remodelling and re-equipping the hospital in Ikot Abasi and 13 other hospitals in the state, giving the people access to quality healthcare, including training of medical personnel in the state.

Also Engr. Uwem Okoko, the Chief Executive Officer of Hensek Integrated Services, stated that about 1500 surgeries have been performed successfully in the hospital without recording fatalities through his medical interventions scheme.