The Akwa Ibom State Traditional Rulers Council says it will partner with the new Commissioner of Police, CP Olatoye Durosimi and the Akwa Ibom State Police Command in the quest of tackling issues of crimes in the state.

Making this known when the newly posted Police Commissioner paid his maiden visit to the Akwa Ibom State Traditional Rulers Council in Uyo on Thursday, His Eminence, Ntenyin (Dr.) Solomon Daniel Etuk, the Oku Ibom Ibibio and President General of the State Traditional Rulers Council, told the CP and his delegation comprising of senior police officers, that the council has a strong synergy with the police and solicited that the relationship be further strengthened.

Ntenyin Solomon Etuk while announcing the council’s total support to the CP as he resumes, urged him to dialogue and synergize with everyone in the state as policing is a collective endeavour. 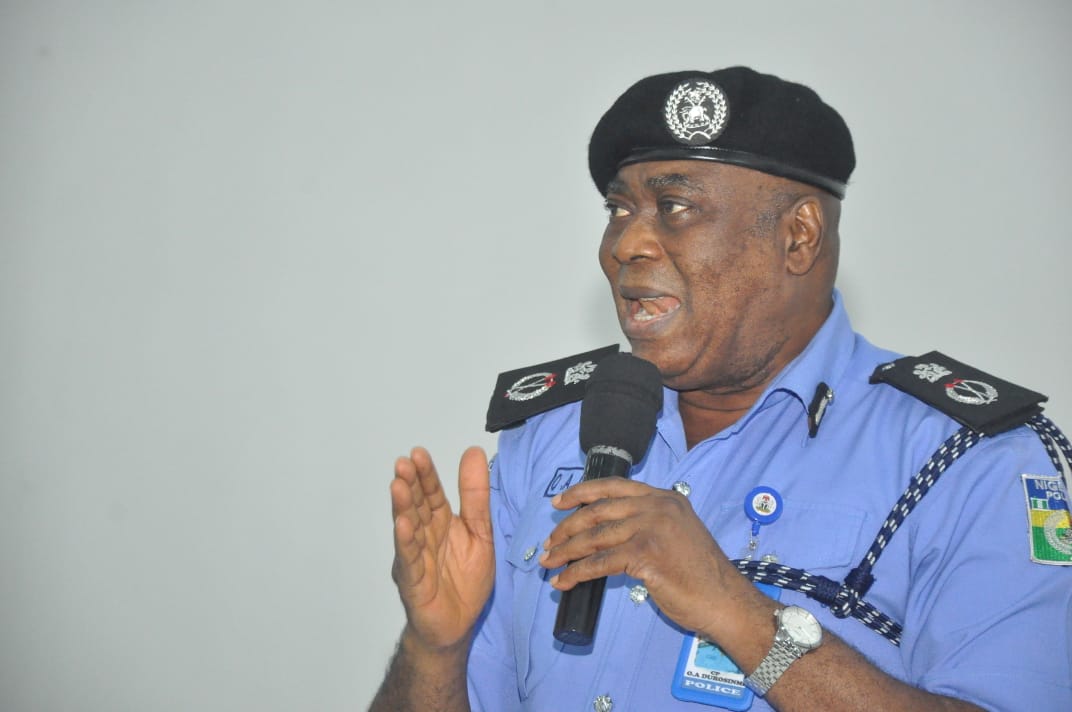 “The aspect of security is critical because it takes more than one to police a community. It would be our utmost responsibility to work with you and give you support for you to succeed and for peace to reign in Akwa Ibom State. We are firm and we assure you of collaboration and a very peaceful working relationship. I want you to feel very free to meet us, to always call on us. You have our support but continue to press for support from everyone in the state,” he said.

The monarch also urged the CP to gear up for a rigorous schedule and higher responsibilities as his expertise would be greatly needed in securing the state as the electioneering season draws near.

Re-echoing concerns raised by the Paramount Rulers bordering on insecurity in their respective domains, the Oku Ibom Ibibio appealed to CP Durosimi to mobilize his men effectively to combat sea piracy, kidnapping, and robbery and other vices in the state. He however stated that the CP’s profile paints him as one who has what it takes to effectively discharge his responsibilities. 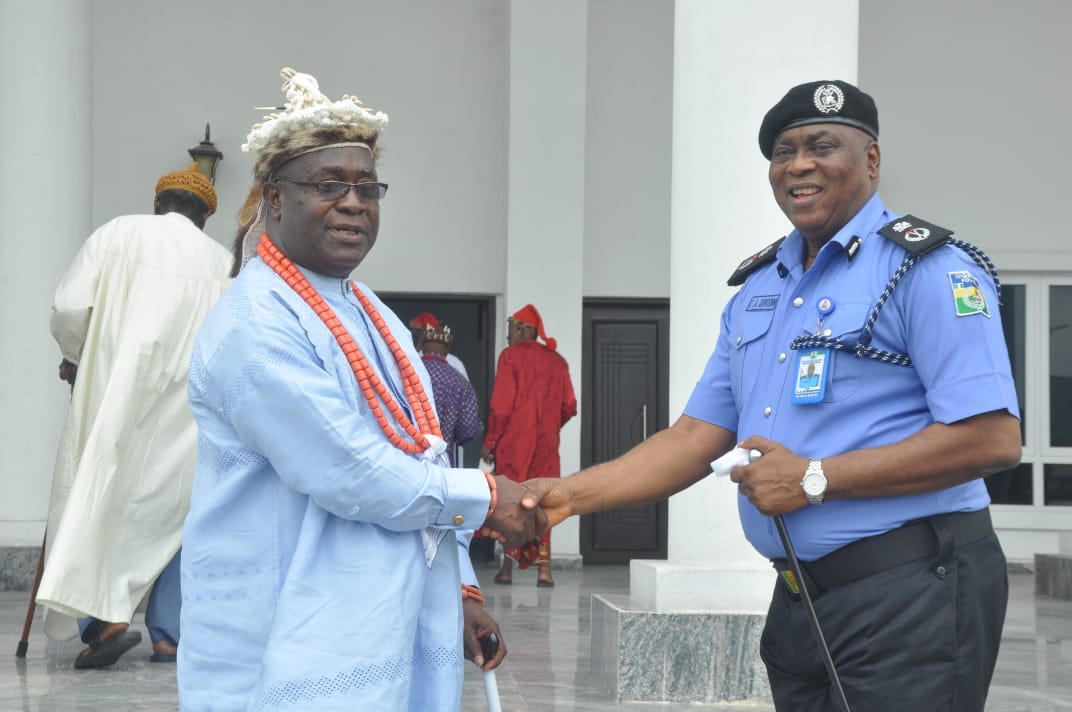 Responding, CP Durosimi reiterated his readiness to tackle insecurity headlong, hinting that his vast knowledge of the state counts in his favour, having done his National Youth Service Corps (NYSC) in the state as well as served as Assistant Commissioner of Police in charge of the State Criminal Investigation Department (SCID).

Promising to make the state safe for all traditional rulers to reside in their respective domains, CP Durosimi however harped on the importance of offering timely information to the police, saying “there is no way you can achieve a good result without the full involvement of members of the community that are being policed.” 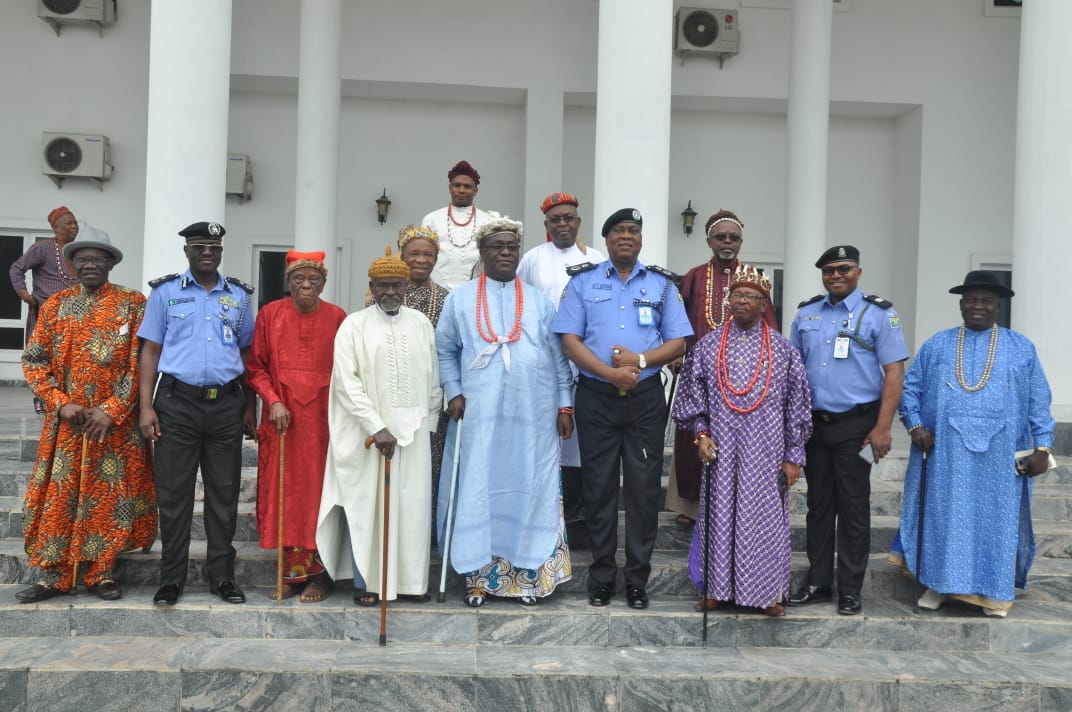 Reviewing the security situation in some parts of the state, the CP read a riot act to sea pirates and kidnappers in the state, informing them that his arrival marks the end of their activities.

He said the Command would soon release customized emergency helplines for the 31 Local Government Areas, stressing the importance of prompt information to the police.

The CP holds a PhD in Law and has been in active police practice for decades, according to his citation which was read by the Police Public Relations Officer, Odiko Macdon.

The interface was attended by Paramount Rulers of the 31 Local Government Areas and a team of high-ranking officers of the police in the state.