Members of the group, on Wednesday, paid a courtesy visit on the Executive Chairman of Uruan Local Government Area, Hon. Surveyor Iniobong Ekpenyong. 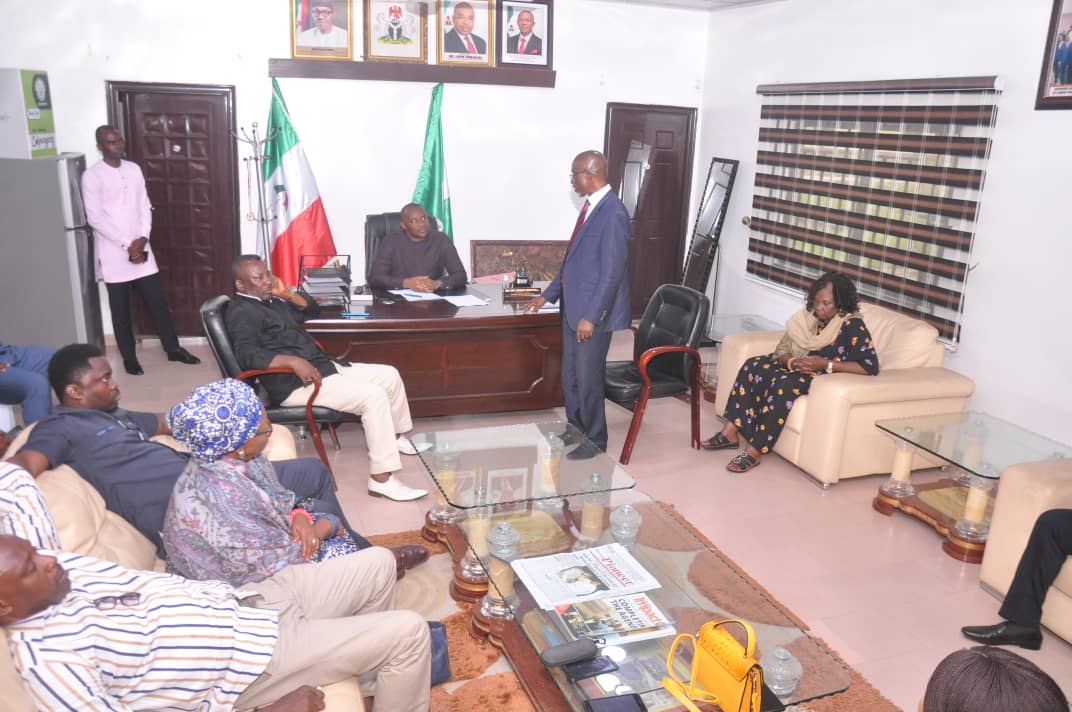 President of the group, Rt. Hon. Tony Asikpo, who led the delegation, harped on the need for the Atai Uyo bloc to reclaim its pride of place in the state and beyond.

Asikpo decried that Atai Uyo has in recent years been relegated in the affairs of the state, and called for an immediate turnaround in the fortunes of the area.

The group promised to leave no stone unturned in ensuring that it gives the people “a united voice as well as to protect our common interests and aspirations within the state and beyond.”

It disclosed that it would “carry out Scholarship awards to indigent students within the Uyo Federal Constituency; engage in empowerment and skill development for our youths and other categories of persons; promotion of professional excellence through awards; and offer interventions in education and Medicare, among others.”

The group further thumbed up the developmental strides achieved by the council chairman as well as promoting unity and development in Uruan.

AUPF lauded Governor Udom Emmanuel for “commendable human, infrastructural and economic development projects that are established and currently being executed in various parts of Atai Uyo.” The group listed the projects to include: St. Luke’s Hospital Anua, Uyo, Methodist Hospital and the Infectious Disease Control Centre at Ituk Mbang, on-going construction of Ring Roads, improvement of infrastructures, amongst others.”

AUPF also appreciated the governor for ensuring that Atai Uyo sons and daughters emerge as Speaker, Akwa Ibom State House of Assembly; Head of the Civil Service; Commissioners in the State Executive Council, Chairmen and Members of Boards and other MDAs.

It appealed that the late Obong Effiong Okon Eyo, popularly known as ‘Eyo Uyo’ and the late Chief Nyong Essien be accorded due honour and immortalized to serve as a motivation to others.

The Executive Chairman of Uruan Local Government Area, Hon. Surveyor Iniobong Ekpenyong in his response said the advocacy for the unity of Atai Uyo was coming at the right time.

Hon. Ekpenyong said the forum has done well to offer itself to champion the challenges of Atai Uyo, and promised to always be supportive of AUPF’s aims and objectives.

“We should never allow Atai Uyo people and our interest to be dehumanized. It is on this note that I wish to thank you for this visit which signals the start of our collaboration. We have to work together for the sake of our collective dreams and aspirations,” he implored.

He added that his agenda for Uruan totally align with that of AUPF.

ADC Is The Credible Option For Nigeria Now – Ralphs Nwosu