For the Oku Ibom Ibibio and Patriarch of the Ibibios, His Eminence, Ntenyin (Dr.) Solomon Daniel Etuk, as Akwa Ibom State inches towards her 35th anniversary, socio-cultural organizations of Ibibio extraction have to harmonize interests to pursue a united and common goal as well as secure Ibibio’s position as the fourth largest ethnic nationality in Nigeria. 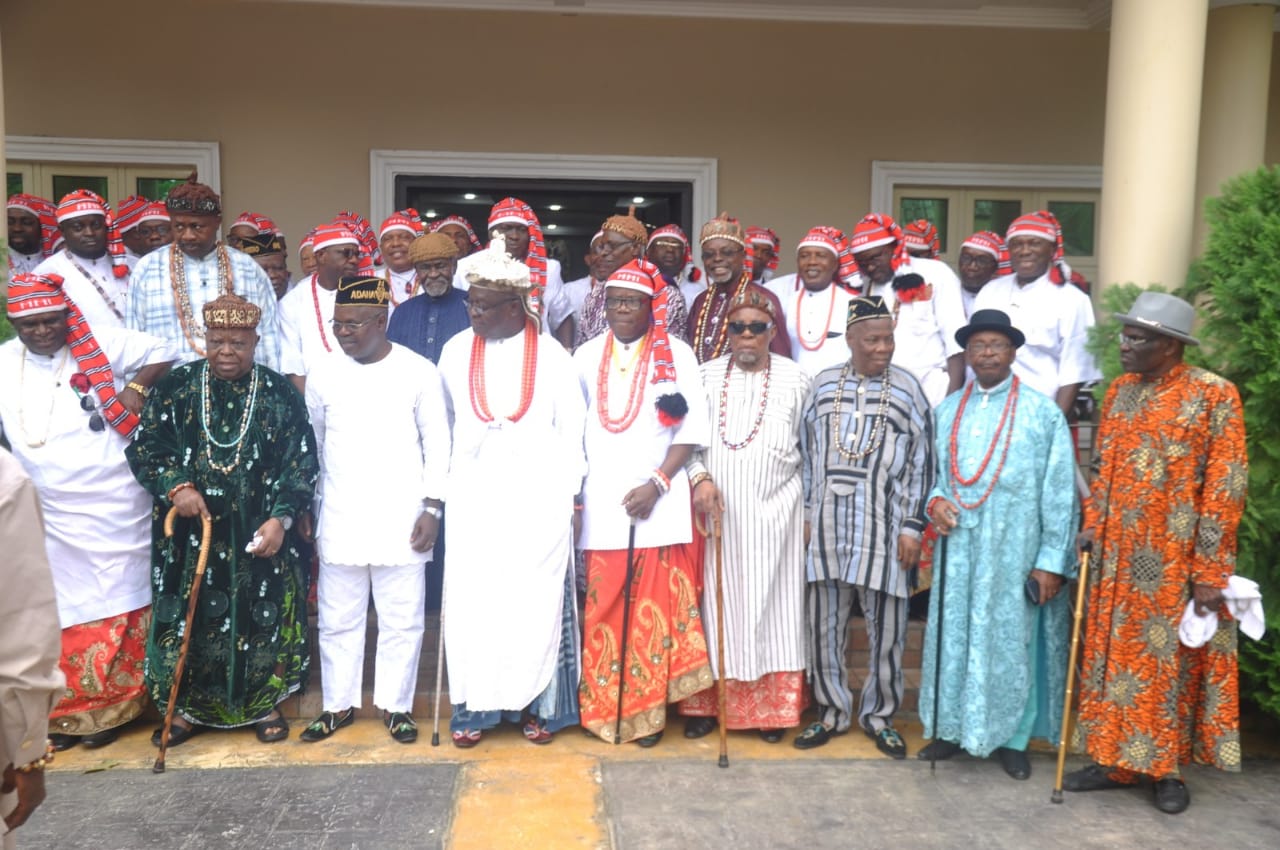 The patriarch, who is the President General of Akwa Ibom State Traditional Rulers Council, stressed that instead of retrogressing as years go by, the Ibibios must grow with the state and become a reference point and a strong force nationally.

He highlighted sustenance of Ibibio culture and tradition, promotion of Ibibio language, protection of territorial integrity, protection of natural resources, peaceful politicking, unity, love and understanding as some of the ideals which must be vigorously pursued for the Ibibio’s rebirth to be achieved.

Noting that the entire Akwa Ibom State should feel safe under the Ibibio umbrella, the royal father recalled that before colonization, post-independence, down to when the agitation for the proposed Mainland State (present-day Akwa Ibom State), the people were united as an Ibibio family irrespective of few minor dialectal differences.

To buttress his point, he mentioned the fact that the founding fathers of Akwa Ibom, who hailed from different parts of the state-operated under the Ibibio platform.

The Oku Ibom also highlighted that the Ibibio language can be spoken and understood in various parts of the state.

The premier royal father urged Akwa Ibom people to borrow a leaf from the north, east and western parts of Nigeria, whom he said despite the existence of several sub-ethnicities, still stick to the central umbrella of Hausa, Igbo and Yoruba.

Furthermore, he, on behalf of Ifim Ibom Ibibio, re-echoed the position of the two socio-cultural organizations that Akwa Ibom State is not a party to the agitation for the Biafra Republic.

Commending the groups for dialoguing with Ifim Ibom Ibibio on the way forward for the Ibibios, Ntenyin Solomon Etuk however advised that they “apply caution and wisdom in their activities” given the delicate nature of the advocacies they are pursuing.

“We are after the strengthening of cultural ties and peaceful coexistence in Ibibio land and among the different regions and ethnic groups in Nigeria. We are your fathers, we are always here to listen and guide you in fulfilling this mandate,” he assured the groups.

Earlier in his submission on behalf of Ibibio Elders Forum (Adaha Ibibio), Dr Emmanuel Akpanobong, who is the chairman of the forum, appreciated Ifim Ibom Ibibio for existing for the common good of the Ibibio race, and particularly lauded the Oku Ibom Ibibio for being a nationalist whose advocacy for peace and unity, cultural integration and political tolerance has been acknowledged in various quarters. 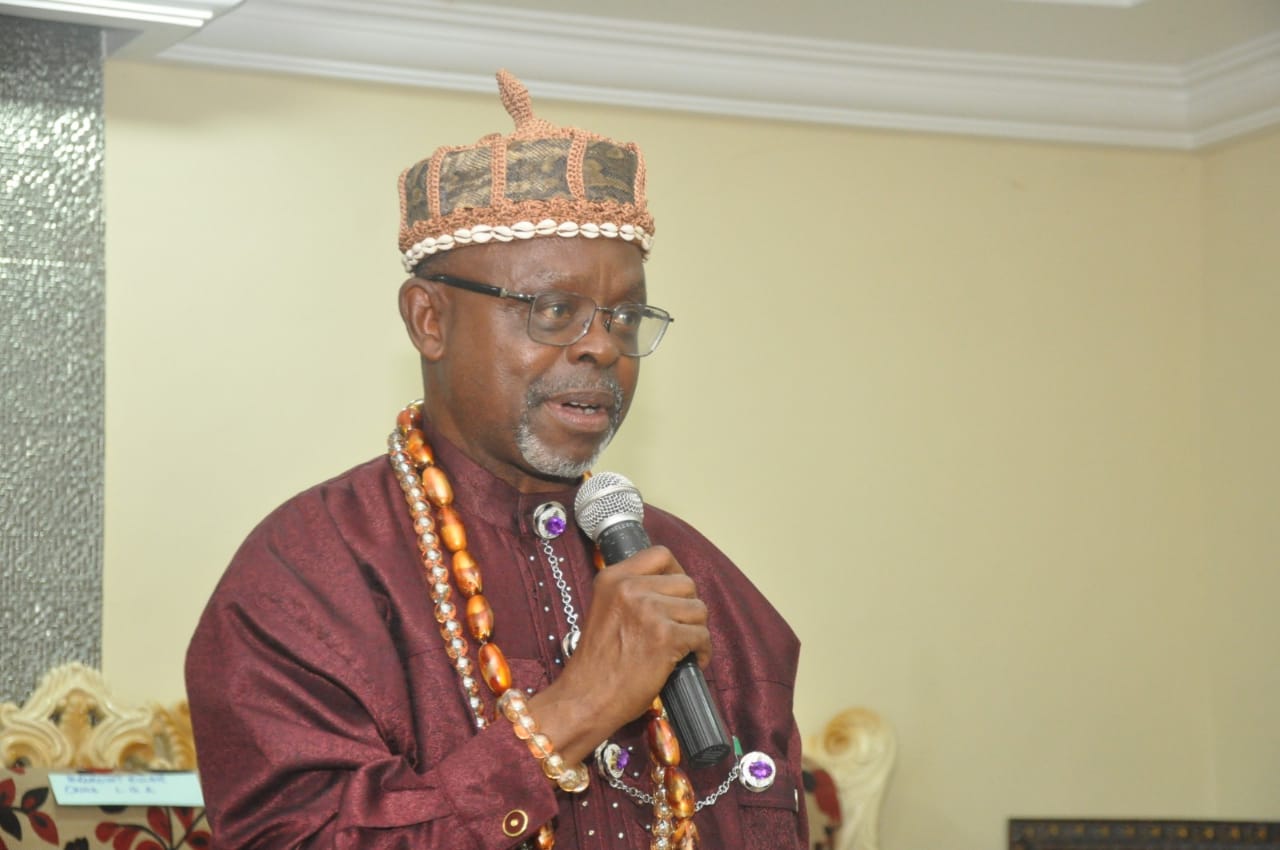 Dr Akpanobong promised the Ifim Ibom Ibibio that Adaha Ibibio under his leadership will continue being a bastion and good ambassadors of Ibibio race.

He made an official presentation of the documented position of the forum on various issues of concern.

Speaking on behalf of the Mboho Mkparawa Ibibio delegation, the International President, Akparawa James Edet described the event as a historic moment and acknowledged that Ifim Ibom Ibibio’s progressive disposition has won the heart of his organization. 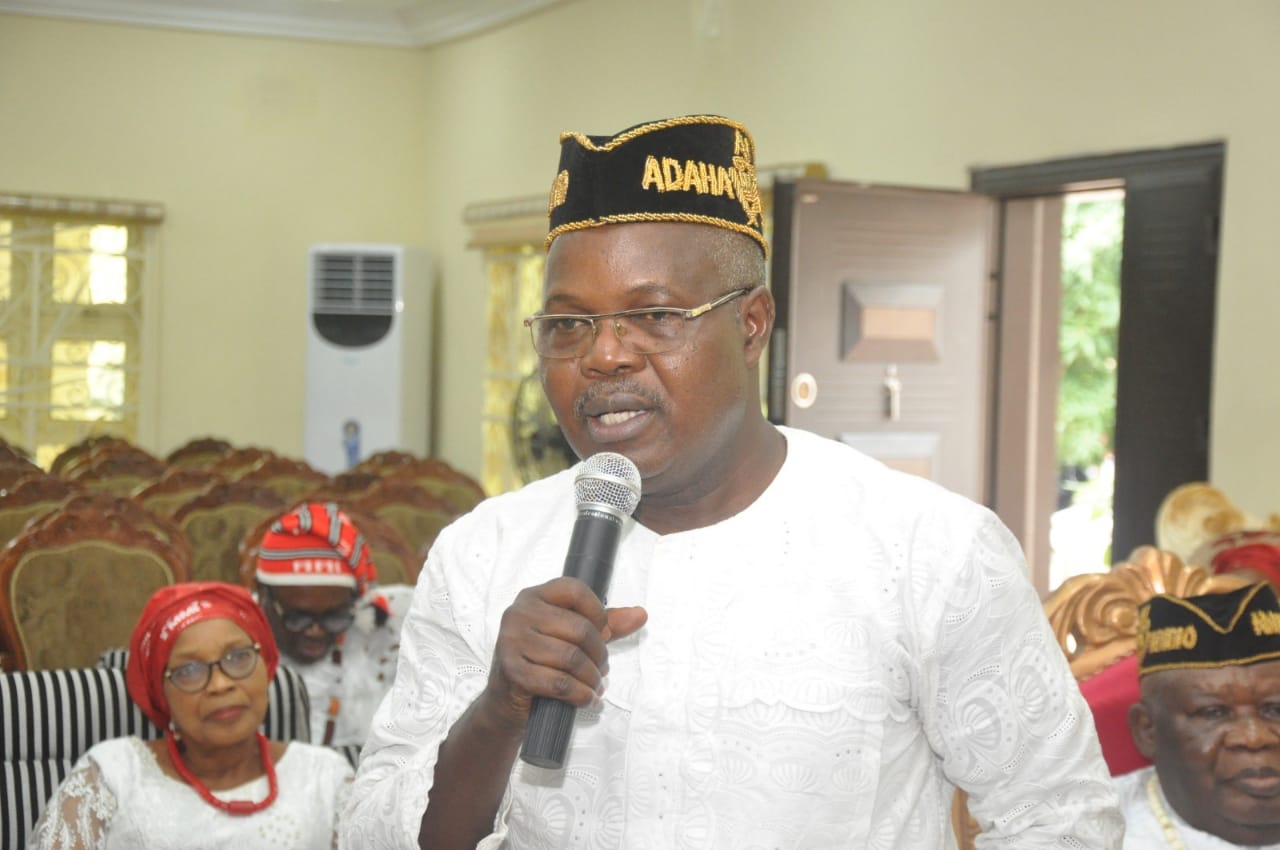 The Mboho International President suggested that a joint session of all Ibibio socio-cultural organizations be convened where problems like alarming sales of landed properties in the state, water resources bill, restructuring of the Nigeria National Petroleum Commission (NNPC) and other salient issues affecting the Ibibios are discussed.

He thanked the Oku Ibom for always being supportive of Mboho Mkparawa Ibibio and for playing a crucial role in restoring peace in the association.

Akparawa Edet also made an official presentation of the documented position of the forum on various issues of concern.

Paramount Rulers of Ikot Abasi, Eket and ONNA LGAs, HRM Dr Udo Joe Ntukobom; HRM Obong E.C.D Abia, and HRM Edidem Raymond Timothy Inyang, all hailed the two groups for being tenacious and consistent in sustaining and propagating their aims and objectives, but appealed to them to do more, if possible.

The interaction was graced by Paramount Rulers of all the Ibibio Local Government Areas of the state as well as members of Ibibio Elders Forum and Mboho Mkparawa Ibibio.