The Focal Person for National Social Investment in Akwa Ibom State has debunked the allegations that the food vendors under the National Home Grown School Feeding programmes (NHGSFP) are no longer feeding school pupils in the state.

Dr Godwin Akpan made this clarification when he paid an unscheduled visit to some schools across the state to monitor the progress of the NHGSFP programme on Monday, July 18, 2022. 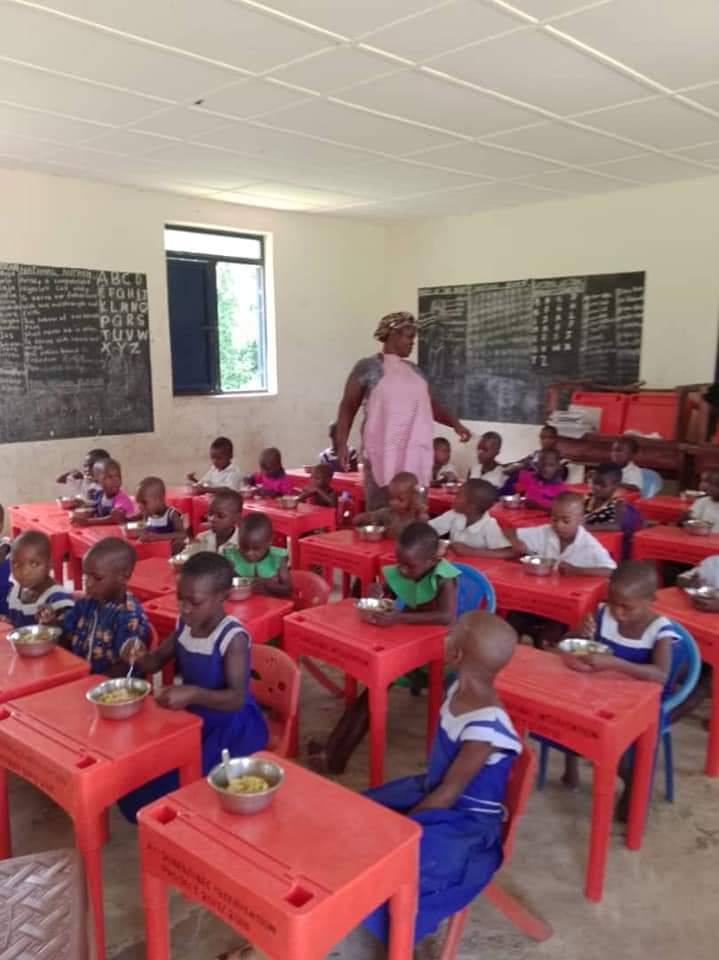 Speaking at the QIC Group School, Idoro Road in Uyo, the Focal Person explained that the programme, which is supervised by the Minister of Humanitarian Affairs, Disaster Management and Social Development, Hon. Minister Sadiya Umar Farouq has put in the resources needed to sustain it.

He urged caregivers and the general public to disregard the purported suspension of the programme in the state.

In his words, “Last week, the Federal Minister of Humanitarian Affairs, Disaster Management and Social Development paid Akwa Ibom State vendors for the third tranche to schools that were captured, this is why we embarked on a spot check to find out if these allegations levelled against the food vendors in the state were true and from our findings, the food vendors in the state are discharging their duties diligently.”

During the monitoring exercise, the head teachers consented to the sustainability of the school feeding programme, noting that the pupils are still fed by the cooks in their various schools although it is insufficient because of financial constraints. 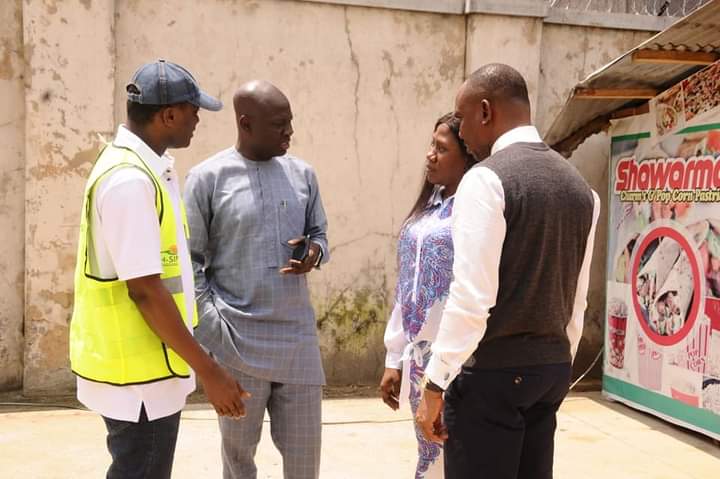 A head teacher at St. James Catholic School in Uyo, Mrs Rosemary Udoh said, “It is true that the school feeding programme is going on. The school started with three cooks but there is only one cook in the school and she is doing her best but this is insufficient and we need more hands.”

Lamenting the high cost of foodstuff in the market, Mrs Emilia Effiong, engaged by the Ministry to cook for pupils of QIC Group School, Idoro in Uyo, said the money disbursed to them to cook food for the pupils was no longer enough due to high prices of foodstuff in the country currently. 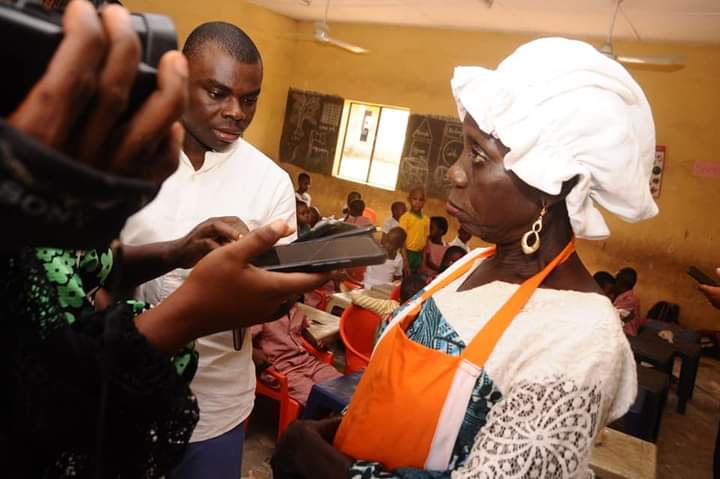 “Before now I used to cook for 150 pupils but now I find it difficult to give the accurate number of pupils because of the high cost of foodstuff in the market.” 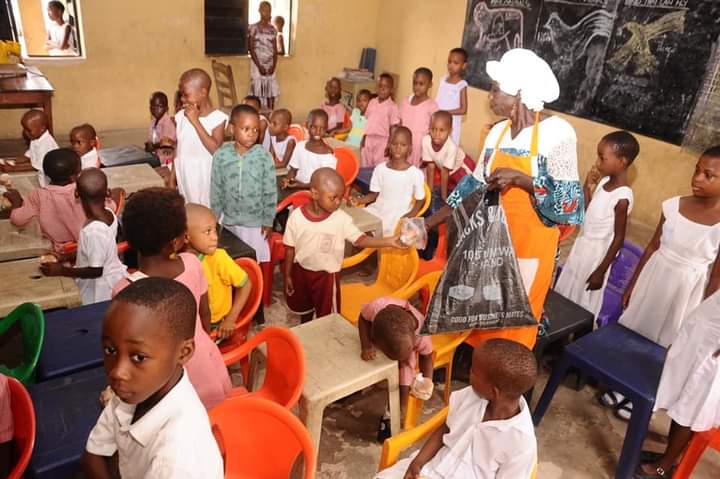 On the alleged extortion by coordinators, a cook at St. Dominic’s School, Ekit Itam 11, Itu Local Government Area, Caroline Gregory, described the allegation as false and baseless and said the money is paid directly to her account. “Money comes directly to my account I don’t give anybody any money, I am not aware of such extortion.”

Meanwhile, Mrs Utibe Ima Abasi, Head Teacher of St. Dominic’s School, Ekit Itam 11, Itu Local Government Area, appealed to the Federal Government for an upward review of meal costs per child to address the rising inflation rate and increase in prices of foodstuffs as this is a major clog in delivering on the programme’s mandate.

Interacting with media practitioners after the school monitoring exercise, the Focal Person expressed satisfaction over the compliance of food vendors feeding school pupils in the state despite the financial constraints. 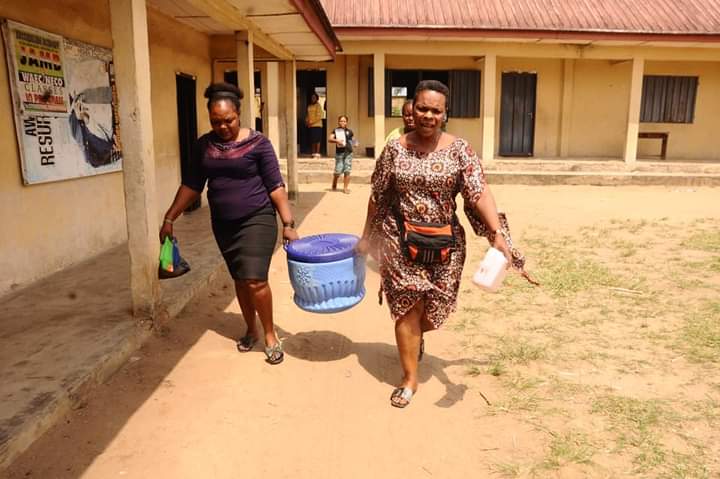 “I applaud the diligent attitudes of food vendors in the state towards the school feeding programme. They were on their duty post when the monitoring team arrived and I commend them for feeding these pupils with the little resources provided to them by the federal government.”

“Only those who were present were documented while others were regarded as ghosts. According to him, “this is the reason for the depletion of the numbers of food vendors in some schools and the Humanitarian Ministry has not done a new review of what the NBS did in 2019.”

The Focal Person appreciated the Federal Government for sustaining the School Feeding programmes in the country and commended the State Governor, Mr Udom Emmanuel for his immense contributions towards making sure more schools have benefitted from the programme.

He expressed optimism that the upward review of seventy naira to one hundred naira, per head school, feeding money as approved by President Muhammadu Buhari will soon be implemented.

Akpan however appealed to the Federal Government to ensure the increment of more food vendors in schools that have only one cook as well as provide sufficient funds so that more pupils in the public schools can be fed properly.