The Governor, disclosed this during a Covenant Service/Easter Evening of Hymns at the Banquet Hall, Government House, Uyo, Thursday.

Emmanuel particularly thanked God for granting Ibom Air success in its operations, expressing joy that God gave the State a smooth path in actualizing the vision, as well as the resources to drive the dream into reality. 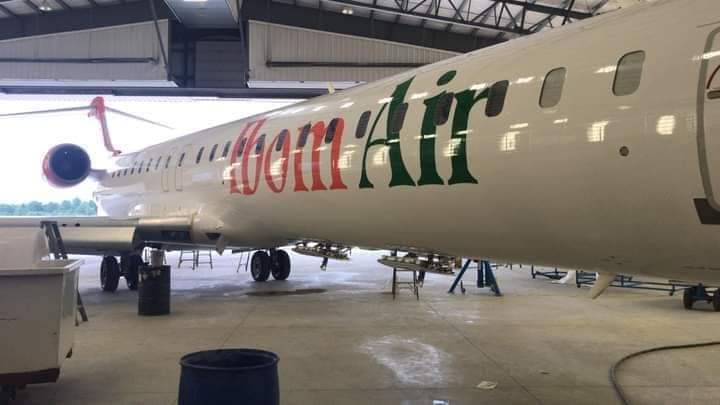 “Please permit me to dedicate today’s worship service to the airline of the year 2020, Ibom Air.

“The reason for our dedicating this service to Ibom Air is because it was in the month of April that we started conceiving the idea. I was challenged that most countries in West Africa don’t have a national carrier.

“Some days in 2016 when we started we had terrible economic recession in the country, but we were not deterred, we started documentations in faith, and by that time we did not have $1 to deposit, however, along the line God opened a way. We got the first three aircrafts, later we got the next two aircrafts”.

The Governor said the two new A220 300 series ought to have arrived before now but, assured that the aircrafts would be in Uyo in the next two months.

“I am glad today that anywhere you go to in this country everybody is enjoying the service of the airline, I return all the glory to God not man. I really want to dedicate this service to God for such a miracle.

Governor Emmanuel reminded Christian believers to reflect on the essence of the Easter celebration which signifies the crucifixion of Jesus Christ, who paid the ultimate price for the redemption of mankind, emphasizing that Christians ought to express love to one another as Christ demonstrated to humanity.

“I wish every Akwa Ibomite at home and in the diaspora a happy Easter season and as we celebrate the love of God to mankind, may we use this season to show love to one another and also show love to our State. If you love our State, then certain things that we do we would not do”, he affirmed.

Delivering a sermon at the event on the theme, “The Fear of God,” with scriptures taken from Psalms 112, the Senior Pastor of Dunamis Gospel Centre, Abuja, Pastor Paul Enenche, said it was wrong for man who could neither determine his creation, his heartbeat nor his waking up every morning, to live without the fear of God and the consciousness that he owes the account of his life to his Creator someday.

Pastor Enenche said the man that fears God, though yet to attain perfection, strives towards it continuously by developing allergy for evil and addiction for righteousness.

Such a man, the cleric admonished, stands to enjoy great blessings and honour from God, as well as protection from evil.

Other features at the event were rendition of hymns from the various arms and components of the Akwa Ibom State Government, choral groups and individual artistes, including the State Executive Council, the State House of Assembly, the Judiciary, Chairmen of Local Government Councils under the auspices of ALGON, College of Permanent Secretaries and many more.

Easter: Let Us Strengthen Our Commitment to God, Communities And State

The Resurrection Of Jesus Christ Is Our Seal Of Redemption, Victory – Senator Bassey Albert