Unity has been identified as the roadmap to the advancement of progress and actualization of interest for the Ibibios.

The premier monarch, the Grand Royal Father of the Day, said it was high time the Ibibio tribe exercised her role as the fourth largest ethnic nationality in the country.

Represented at the event by the Attah of Eket and Chancellor, Ibibio Academics Roundtable, Dr Uduak Eshiet, the Oku Ibom suggested that socio-cultural groups membered for the idea to come to fruition by the Ibibios must work towards the agenda. 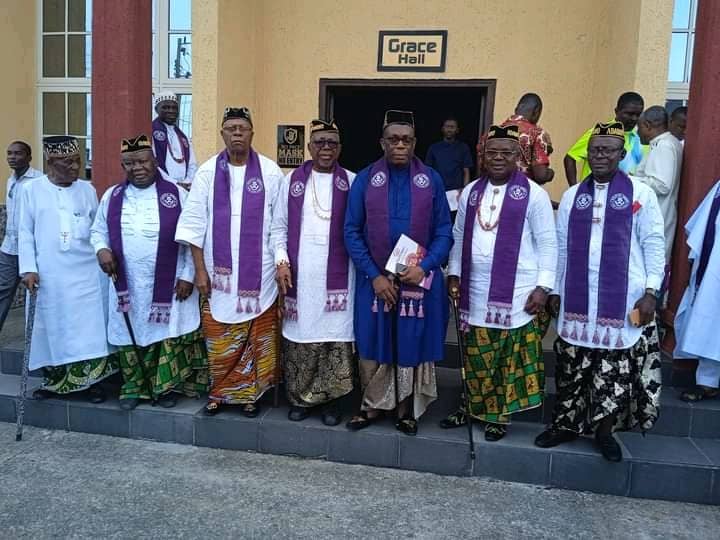 While recalling that the Ibibios contributed immensely to Nigeria’s independence struggle and were pivotal in the creation of States in Nigeria from where Akwa Ibom State was eventually in 1987; among other feats, and challenged the current crop of Ibibio leaders and elders to work towards leaving indelible records for the upcoming generation.

The grand royal father of the day hailed the group for attaining 27 years of existence and also congratulated the newly inaugurated executives of Ibibio Elders Forum led by Hon. Dr Emmanuel AkpanObong.

Also speaking at the event, former Governor of Akwa Ibom State and Chairman of the occasion, Obong Victor Attah urged the forum and entire Ibibios to be alive to its corporate existence, which according to him is being threatened by every aspect.

Arc Attah stated that Ibibio interest must be protected on all sides, calling on the forum to forge ways to protect the interest of the Ibibios.

On resource control, Obong Attah, in putting the record straight, named Senator Udo Udoma, Senator Emmanuel IbokEssien, and Senator Ita Enang as the only trio in the State who joined him in his fierce fight for resource control.

Making his inaugural speech, the new Chairman and Chief Medical Director of St. Athanasius’ Hospital, Hon. Dr Emmanuel Akpanobong thanked the forum for unanimously placing its trust in him by choosing him to lead the strategic body.

Dr AkpanObong promised that the new executives of Adaha Ibibio will work closely with the Akwa Esop Ima Isong Ibibio, Mboho Mkparawa Ibibio and other socio-cultural organisations in Ibibio land in support of the office of the Oku Ibom Ibibio and increase its visibility locally, nationally and internationally.

The former Legislator pledged to cooperate with other socio-cultural groups to ensure synergy in the creative efforts to engender love, unity, respect, and understanding.

He specially thanked Obong Victor, Ntenyin Solomon Etuk, and the entire members of the traditional class for their support and presence at the event.

The event featured the induction of new members, the inauguration of the Board of Trustees led by Obong Victor Attah, and a lecture on “Ibibio Elders Forum: Designing the future” by Dr Asikpo Essienibok, and a presentation of goodwill messages.

The Ibibio Elders Forum also known as Adaha Ibibio was founded in 1995.