Zero Waste Ambassadors in Akwa Ibom State have called on the Akwa Ibom State Government to draw down lessons from Accra Zero Waste Project so as to transform waste generated in the State to wealth.
Zero Waste Ambassadors is made up of stakeholders from the relevant waste management sector which Environmental Rights Action/ Friends of the Earth (ERA/FoEN) with support from  Global Alliance for Incinerator Alternatives (GAIA) has been engaging with towards achieving zero waste in the State.
According to a communiqué issued at a Waste Parliament held on Thursday in Uyo, Akwa Ibom State has lost huge wealth owing to existing waste management system in the State.
Over 15,000 tonnes of municipal and household waste is generated on a daily basis in Akwa Ibom State.
The Parliament advised that adopting the Accra Zero Waste Project as a strategy will remedy the waste to wealth drain and provide employment opportunities for teeming Akwa Ibom persons.
According to the insight offered by Betty Bonsu of the Green Africa Youth Organisation (GAYO), Ghana during her presentation, the Accra Zero Waste Project has been working with the informal waste workers and Small Medium Enterprises (SMEs) to divert waste from landfills while providing jobs for communities.
Bonsu said the partnership is geared towards developing a sound waste management strategy to institute Zero Waste practices across Municipalities in Ghana.
She added ” GAYO’s underlying motivation is to work directly with local communities to reduce the vulnerability of groups that are at risk to climate impacts such as children, youth, and women, who have a comparatively less adaptive capacity due to social and structural inequalities”. 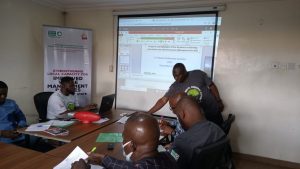 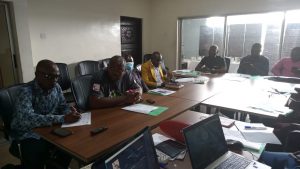 He also identified the new location of dumpsite in Uyo as being below international standard describing it as being closer to community water source and road.
” The Program Manager recommended “Government must decommission dumpsite at Akpayak Community and relocate the new dumpsite to meet international best practice.”
For Head, ERA, Port Harcourt Office, Kentebe Ebiaridor, communities affected by waste must be able to articulate their challenges effectively thus attract attention of relevant authorities. 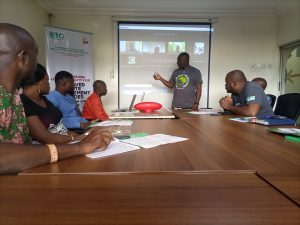 He assured that the organisation is reviewing the waste management guideline of the State toward addressing gaps in waste enforcement mechanism.
In their respective goodwill massages, GAIA Africa Representative, Desmond Alugnoa and GAIA Nigeria Representative, Leslie Adogame expressed commitment to continue supporting ERA/FoEN in their pursuit of zero waste in Akwa Ibom State.
They commended the organisation for their impact so far in Edo State and some communities in Akwa Ibom State while calling on the parliament not to leave any stone unturned in implementing strategies that will enhance waste to wealth creation.
Also speaking, the Chairaman,  Akwa Ibom State Environmental Protection and Waste Management Agency thanked ERA/FoEN for their passion in making Akwa Ibom State to be waste free.
Represented by his aide, Ime Jacobs, the Chairman said the agency will continue to partner with the organisation and Zero Waste Ambassadors to ensure the project succeeds.
Earlier,  the Executive Director of ERA/FoEN, Barr Chima Williams assured that his organisation is committed towards developing strategies for the effective implementation of the recommendations that will institute the culture of zero waste in Akwa Ibom State.
He said Government among other relevant stakeholders must be deliberate about investment in waste management understanding that if a dumpsite is turned to resource site, everyone in the society will be partakers of the benefits.
Show More
Share
Facebook Twitter Google+ LinkedIn StumbleUpon Tumblr Pinterest Reddit Pocket WhatsApp Telegram Viber Share via Email Print