The new Leader, Obong (Engr.) Offiong Usen Akpabio, who is the Chairman and Chief Executive Officer of OFFBAM Holdings Limited, amongst other strings of business outfits, succeeds the late Rt. Hon. Obong Peter Ekpe Atakpo, who was laid to rest recently.

Obong Akpabio was unanimously elected by members of the Forum at a stakeholders meeting held at ROSMOHR Hotels, Plot 126, Unit A, Ewet Housing Estate, Uyo, the State capital on Saturday, January 22, 2022.
The meeting attended by about 50 eminent members of the forum, erupted into a joyous mood as Obong Akpabio, a one-time Special Adviser during the military regime of President Ibrahim Babangida, was nominated to succeed the former leader. 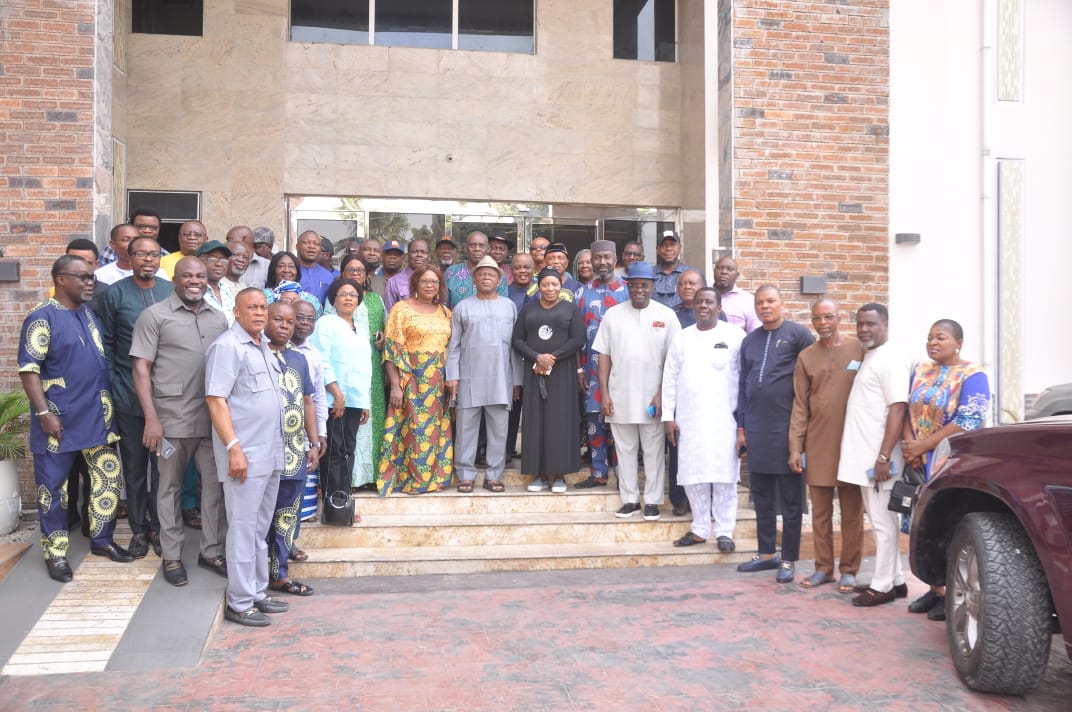 In his introductory remarks, the Secretary General of Uyo Senatorial District Leaders Forum (USDLF), Obong Kingsley Peters, JP, said after the passage of their pioneer leader, Obong Peter Ekpe Atakpo, it was necessary for the vacuum to be filled by someone who is very competent in the zone but from Uruan Local Government Area’s extraction to complete the good works started by the deceased leader.

Obong Peters commended members for turning up in large numbers for the meeting and called for a minute silence in honour of the late leader, who he said had laid a solid foundation for the unity and growth of the forum as well as the senatorial district.

In his acceptance speech, Obong (Engr.) Offiong Usen Akpabio gave glory to God for being chosen to provide leadership to the Forum and thanked the members for the confidence reposed in him, assuring that he will not let down members of the forum and the senatorial district as whole.

Obong Akpabio called for unity and togetherness among members of the Forum, the senatorial district and the state in general so as to ensure the prevalence of peace, tranquility and development.

A former Lawmaker and ex-chairman in Uyo Local Government Council, Rev. Barr Aniedi Ndem, who spoke at the meeting, pledged his unalloyed support to Obong Akpabio because of his experience and dexterity in leadership.
Ndem appreciated Uyo Senatorial District for maintaining peace while unanimously choosing the new leader, adding that he believes Obong Akpabio will attract more leaders into the forum to help advance its aims and objectives.