Indeed, it was beams of joy as eminent personalities across Nigeria gathered to celebrate one of the world’s acclaimed scholars and professors of Linguistics as she marked her 65th birth anniversary in Uyo, the Akwa Ibom State capital on Monday, May 30, 2022.

The celebrator, Professor Eno-Abasi Urua, who is a teacher in the Department of Linguistics and Nigerian Languages, was adorned in a dark shade of green apparel which elegantly distinguished her, amidst colourful attires that glowed the ambience of the occasion held at Helema Events Center at Mutual Alliance Estate, Aka Itiam Street, Uyo.

In their various laudatory expressions, she was described as the pride of Akwa Ibom State, Nigeria and the world at large because of the multiple strands of unprecedented breakthroughs she has created in the academic world. 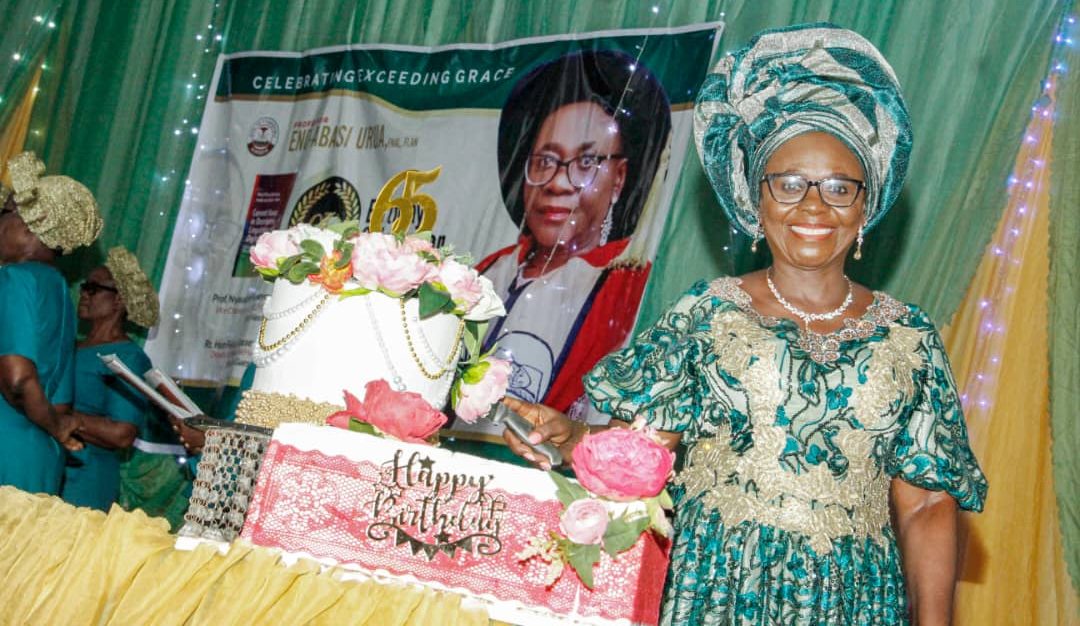 Emphasizing the exceptional traits of Prof Urua, the Deputy Speaker and Member representing Okobo State Constituency in Akwa Ibom State House of Assembly, Rt. Hon. Felicia Bassey noted that the erudite researcher is a motivator and a catalyst who has redefined the place and role of women in contemporary history.

The Lawmaker, who is also the Chairperson, the League of Women Voters of Nigeria, NILOWV, applauded the scholar for her well-informed publications in both local and international journals which have immensely contributed toward women’s emancipation in the society.

“Having carved a niche for yourself in the Linguistic sphere of influence and standing up to be counted in a society believed to be a man’s world, my dear Professor Eno- Abasi Urua, you deserve to be so honoured and celebrated.”

In his remarks, the Vice-Chancellor of the University of Uyo and Chief Host of the event, Professor Nyaudoh NdaeyoProfessor Nyaudoh Ndaeyo, in his remarks, posits that Urua is an asset cherished by the tertiary institution. He appreciated her parents for laying a firm foundation that has caused the celebrator to create indelible legacies in society.

While urging others to emulate her exceptional qualities, he prayed for God to empower the scholar the more, so that the institution will keep drinking from the fountain of her wealth of knowledge.

Joining the galore of laudation, the Chairman on the occasion, Prince Godwin Ntuk Udeh, PhD., described Prof Urua as a jewel of inestimable value, a source of inspiration, a team builder and a phenomenon in the academic world.

Udeh, who is the Chairman of Akwa Ibom Road and Other Infrastructures Maintenance Agency, AKROIMA, postulated that the linguistic scholar has made the Ibibio people stand tall through her tremendous strides in promoting the Ibibio language beyond the shores of Nigeria.

In the words of Professor Joseph Ushie, who is the Dean of the Faculty of Arts, “Any attempt to present the complete nuggets of Prof Urua’s personality at one occasion such as this is like one attempting to drain the Atlantic Ocean into a bucket, or packing the sands of the Sahara desert into a groundnut shell.

“Prof Urua is a gift of gold to the Department of Linguistics and Nigerian Languages of this University, where she has left indelible and inimitable legacies in a hundred ways, the most notable being the common reference to her as “The one who made the computer to speak Ibibio”. 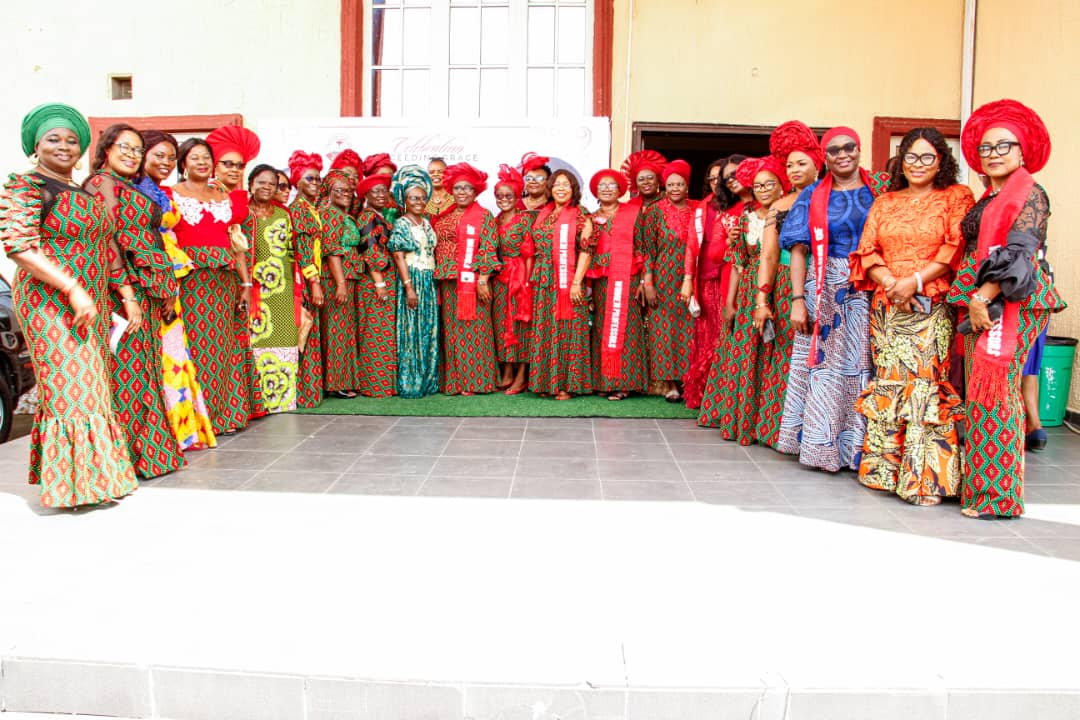 Individually, goodwill messages were given by the Commissioner, Ministry of Information and Strategy, Comrade Ini Ememobong, who was represented by the Permanent Secretary of the ministry, Akparawa James Edet, Provost of College of Education, Afaha Nsit, Akwa Ibom State, Dr Daniel Udoh, and others. 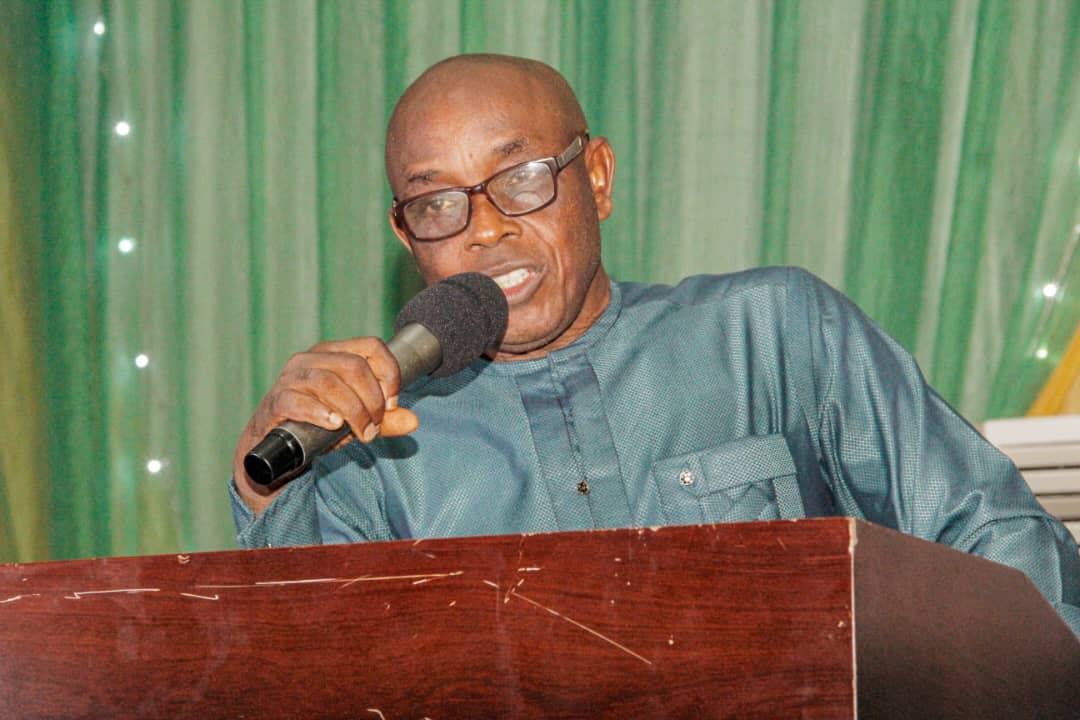 Responding, Professor Urua appreciated God for his exceeding grace in her life and thanked the University of Uyo management team, her colleagues, friends and family members for their benevolent dispositions toward her birthday celebration.

While appreciating her parents for inculcating the attitude of discipline and other valuable morals in her, she appealed to parents to train their children in a godly way so that they can impact society positively in future.

Adding spice to the epoch event was the compendium of a festschrift launched in honour of Professor Urua for her academic exploits which have spanned the globe.

The book, entitled, “Current Issues in Descriptive Linguistics and Digital Humanities,” was assembled by her former and present students, colleagues and friends, and other global contributors to appreciate her distinctions and remarkable strides in the educational sector globally.

The event also featured the cutting of the cake, Salsa Dance Ville, fascinating song renditions from the Presbyterian Church of Nigeria, the Urua family and the Department of Linguistics and Nigerian Language Choir.