The Petroleum Industry Act (PIA) recently assented to by President Muhammadu Buhari has been described as a step in the right direction towards rejigging Nigeria’s oil and gas sector for enhanced development, productivity and viability. 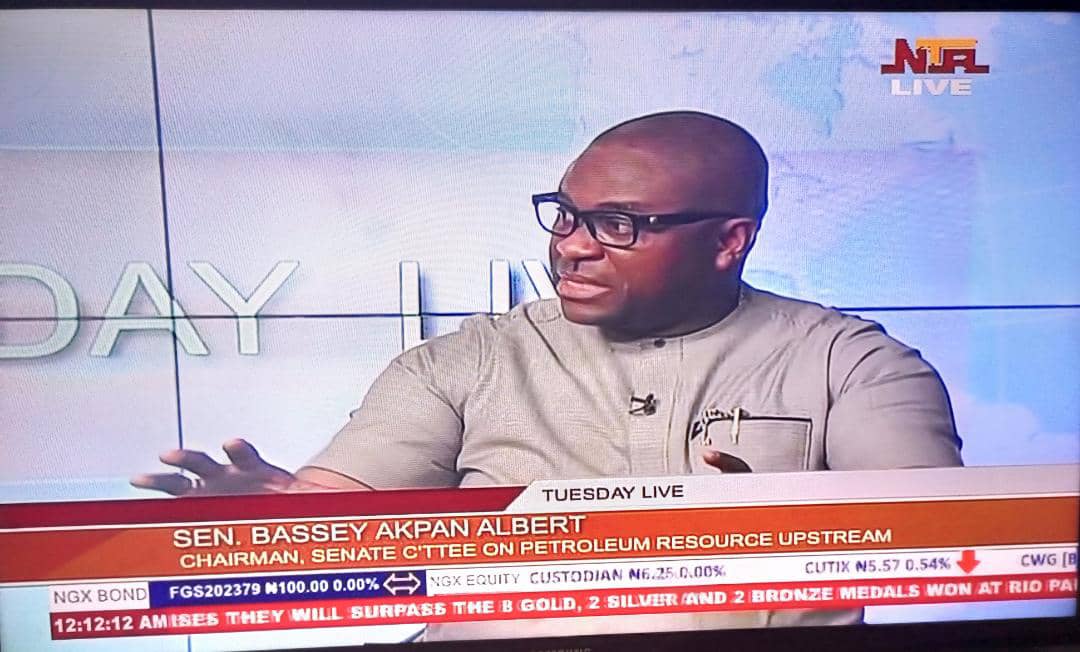 The Chairman, Senate Committee on Petroleum Resources (Upstream), Senator Bassey Akpan Albert, stated this while fielding questions on PIA and its planned implementation on Tuesday Live, a current affairs programme on the Nigeria Television Authority (NTA) anchored by Cyril Stober.

The senator, who represents Akwa Ibom North East (Uyo) Senatorial District in the Senate, opined that the passage and subsequent assent by President Muhammadu Buhari was the starting point for long-awaited reforms: “The key thing is that we have scaled the first hurdle. We have put in place a mechanism that will attract the international community to invest in the Nigerian Oil and Gas Industry. The emphasis now is on energy transition and we must follow the global trend.”

He said, “The PIA will enable host communities to take their destinies into their hands as what accrues to them through the law will directly get to them without the interference of any third party.”

The senator also insisted that the National Assembly will effectively carry out its oversight function on the Act.

Senator Albert, however, revealed that “In the course of implementation, the National Assembly will expedite action in reviewing any section of the PIA that needs to, to enable us fast track its implementation.”

According to him, “in three to four years, Nigerians will see the effect of the PIA,” and further explained that “the Law provides for locals to pay for crude in Naira, which will help in reducing the pressure on the FOREX (foreign exchange) market and further crash the price of dollar.”

He disclosed that his interactions with stakeholders in the oil and gas sector during the recently held Offshore Technology Conference (OTC) in the United States further gave him the opportunity to know that the global community is glad that Nigeria has made genuine efforts in attracting more investors in the petroleum sector through reforms.

He appealed to Nigerians to be optimistic as the National Assembly will ensure effective implementation of the PIA.