A technical audit is to be conducted towards the revitalisation of Akwa Palm Estate, as a means of boosting the economy and providing employment for the teeming unemployed youths, after Senator Bassey Albert Akpan (OBA) becomes the governor in 2023.

The Akwa Palm Estate facility sits on over 3,000 hectares of land and has suffered neglect for more than three decades.

Senator Albert says the project can give Esit Eket a comparative advantage and make them self-reliant, if well harnessed. 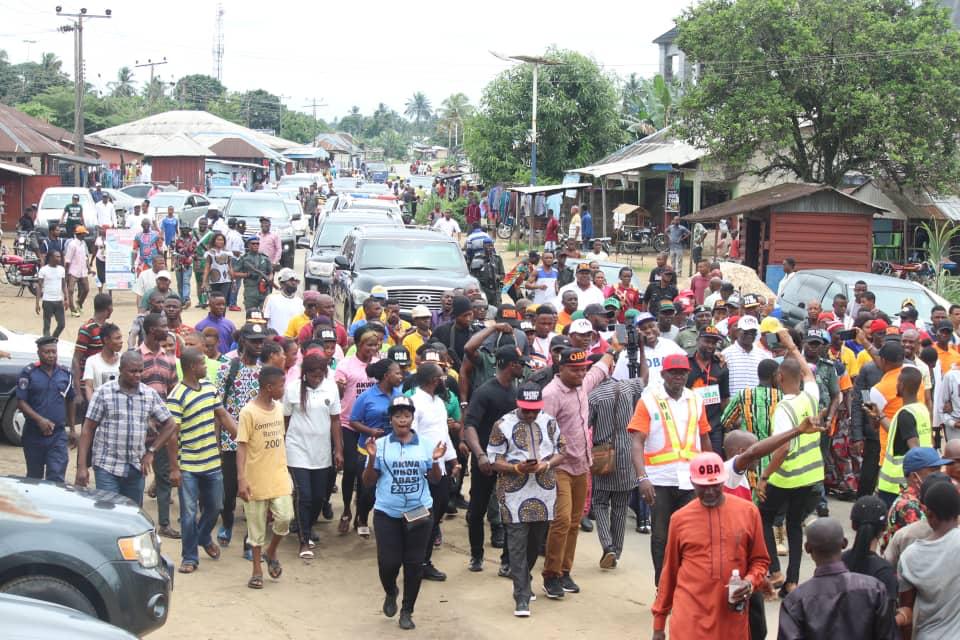 “We will partner with the right investors to get it working”, he added during a consultative visit to Esit Eket Local Government Area on Tuesday, April 19, 2022.

While charging the delegates and stakeholders to evaluate aspirants’ antecedents before supporting them, the senator urged them to use their votes to determine their future by supporting him.

He recalled that he signed the guarantee of $66million for Septa Energy company, as the then Commissioner for Finance in Akwa Ibom State, thereby opening opportunities for employment and development in Esit Eket. “By the grace of God, I will do the best for you as your governor”, he added.

OBA also talked about the recently passed Petroleum Industry Act (PIA), which he spearheaded and assured of its benefit to the people of Esit Eket, promising to do more for them when he becomes the governor.

Presenting his blueprint and compendium of achievements to the delegates, OBA cited the 481 students under his scholarship scheme, of which about 168 million has been expended. 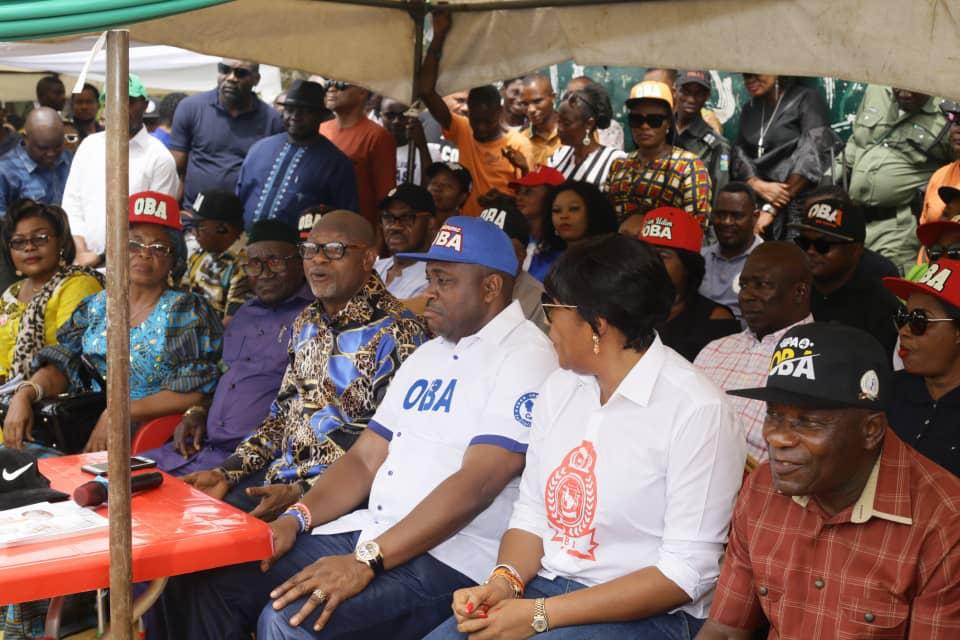 Additionally, Esit Eket is soon to enjoy a link road to the shoreline. The senator regretted that a contract earlier awarded by NDDC to that effect was later abandoned. “As part of our programmes, we intend to complete abandoned projects in the state, and this project will not be an exception,” he said.

The erosion that has threatened the Ukwo community in recent times, he noted, deserves urgent attention, promising to partner with relevant agencies to ensure mitigation of the negative impact of the natural disaster.

Describing OBA as “the only senator representing Akwa Ibom,” he recalled how in 2015 OBA stepped down from the governorship contest to pave the way for the current governor to emerge from Eket Senatorial District.

He added that in 2019, when other senators decamped to APC, OBA remained the only senator that stayed back to support Gov Emmanuel.

Inyang-eyen told the delegates that having served well as Commissioner, chairman of Inter-ministerial Direct Labour Project in Akwa Ibom State and then as senator, OBA as a “tested hand”, will do beyond expectation as governor.

While the Leader of Esit Eket Legislative Council, Hon Bright Maxwell, assured that they will vote their conscience, the Chapter Chairman, Elder Eddy Etangnkanga, went spiritual.

Quoting copiously from the scripture, Etangnkanga said unless the Lord builds, the labourer works in vain; assuring OBA however that whoever asks for, he shall receive.

He described the senator as “a good man”, submitting that the delegates have heard him well and will vote their conscience, in line with the State party Chairman, Rt Hon Aniekan Akpan’s directive that the delegates should be fair to all aspirants.

Speaking on behalf of the stakeholders, Hon John Inua-etang confessed he was one of those who benefited from OBA, particularly when he had an accident, and assured that the stakeholders will impress on the delegates of Esit Eket to support the senator.

As a mother, Obonganwan Etim Itama promised to talk to their children to support OBA, charging him to remember the women, youths and elders of the area when he gets to the Government House.