According to Gov Emmanuel, pursuing a united cause with no doctrinal differences and demonstrative moral authority by faith leaders, is needed at this crucial moment to advance sustainable peace, social cohesion and hope in Nigeria.

This is because the current reality in Nigeria is heartrending, and one that urgently seeks leadership with the moral authority to navigate the country out of the muddy waters of self-destruction and disintegration.

At the Inclusive Security Retreat held from October 18 – 20, 2021, by the Global Peace Foundation in collaboration with Vision Africa; key leaders unbundled the barriers to peace and security in Nigeria. Gov Emmanuel was one of the few key influencers selected for the strategy meeting.

Speaking on “Inclusive Security Dialogue; Unbundling The Barriers”, the Governor posited that “to stem the tide of extremists in Nigeria, whether religious fundamentalists, dissident Islamists, or militia groups, will ultimately mean addressing the conditions that foster radicalism – poverty, unemployment, social dislocation, cultural polarization, and a large demographic of disaffected young people.”

He said since government has been variously accused of politics of parochial interest and tyrannical agenda, it becomes difficult for it to adequately act as an arbiter for conflict resolution and genuine peace.

Mr Emmanuel, was worried that “Nigeria is facing an existential challenge nurtured by the narrow identities of politics, ethnicity, wrong interpretation of religion, and corruption, exacerbated by economic deprivations, violent extremism, and the rise of ethnic militia groups. 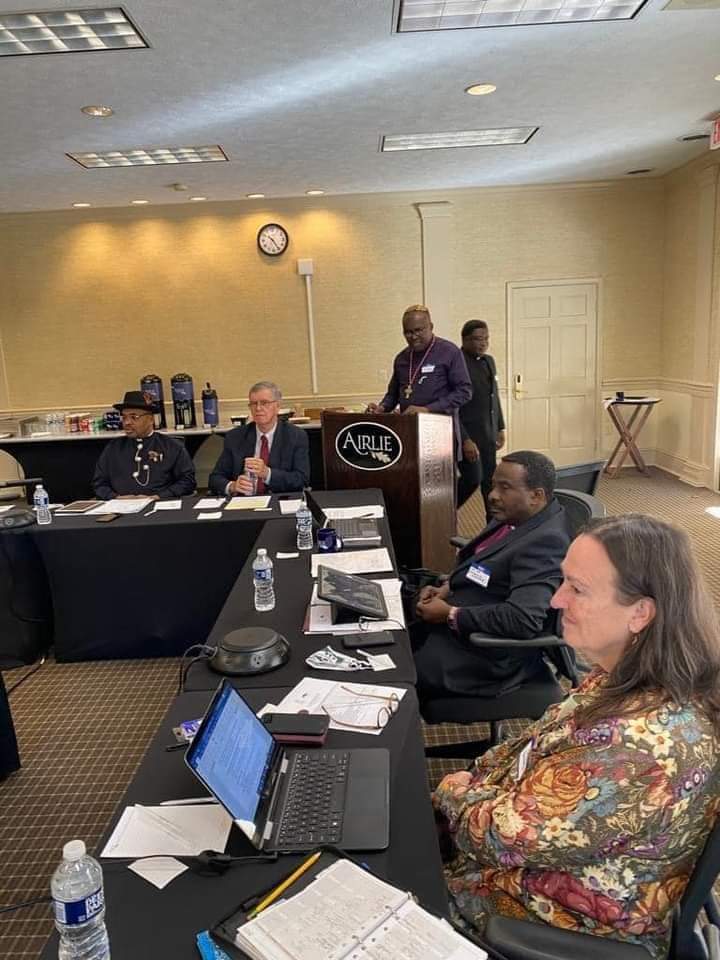 “In the last few months, the country has witnessed a surge in protests such as the ENDSARS with accompanying destruction of lives and property.

“Kidnapping and abductions have dramatically increased, with more than seven hundred students taken since the beginning of this year.

“We have witnessed the death of police and military officers in different parts of the country at the hands of a new group called the “Unknown Gunmen,” who have also burnt various police facilities. The rampaging of herdsmen and bandits is practically uncontrollable as they kill, maim and chase people out of their communities.”

These, he said, have led the multiple regions of the country to resort to establishing their own security units, arguing that the central government is either unwilling or unable to protect its citizens.

Mr Emmanuel maintained that the retreat was going to afford stakeholders opportunity to meet and transparently address “critical issues and seek lasting solutions to the grave challenges facing Nigeria, beginning from an affirmation of transcendent truths that define our common humanity.”

Mr Emmanuel said the discussions would outline and examine the root causes of agitations and violences in the country, provide a safe environment for stakeholders and key actors to open dialogue and chart a path forward and also bridge gaps across ethnic, religious, cultural, and ideological divides to better understand the conflict dynamics and provide a platform for reconciliation.

He hoped the retreat could foster effective crafting and implementation of policies for the human flourishing of peoples across the identity fault lines of the country, as well as reposition the importance of universal principles and shared values as the glue for social cohesion and sustainable peace.

Among others in attendance at the conference where the GPF President, James Flynn, who gave the introductory remarks; the facilitator Bishop Sunday Onuoha, the President of Christian Association of Nigeria, CAN, Dr. Sampson Olasupo Adeniyi Ayokunle; Lanre Banjo who represented the coordinator of Oodua People’s Congress, Ganiyu Adams; Ahmad Abubakar Gumi, Islamic cleric; as well as Dr. Mohammad Camara who moderated the retreat.

In the Governor’s delegation to the retreat, was the Commissioner for Special Duties, Rt. Hon. Okpolupm Etteh.