The socio-political forum made up of indigenes of Ikono and Ini Local Government Areas of Akwa Ibom State said the award was in recognition of the Senator’s outstanding performance as a public office holder. 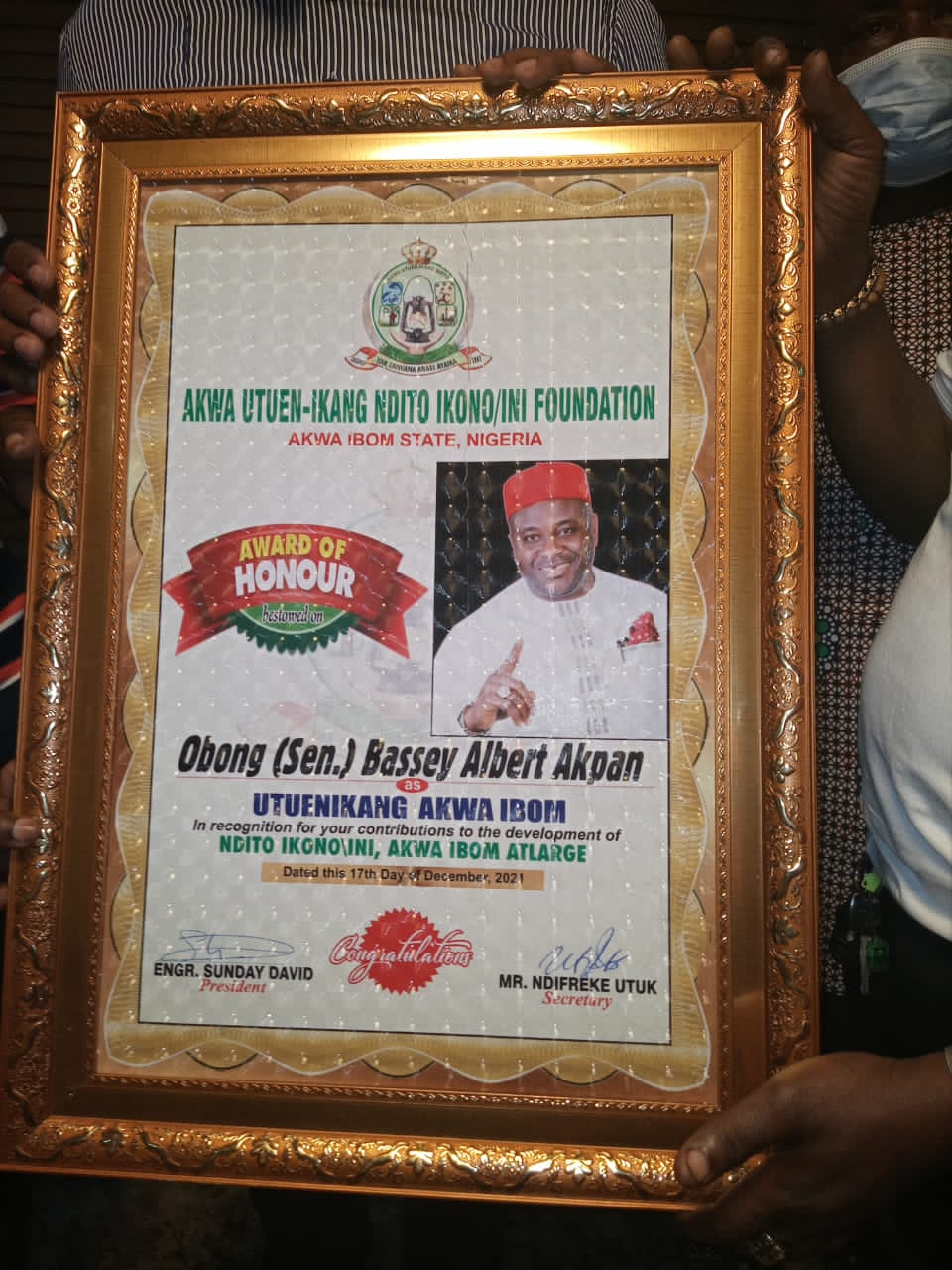 Led by the President and Secretary, Engr. Sunday David and Mr Ndifreke Utuk, the members of the forum at the presentation ceremony on Thursday in Uyo said the award was also a gesture of commendation to the Senator for impacting on other Senatorial districts in the state beyond Akwa Ibom North East.

They said that despite them hailing from Akwa Ibom North West (Ikot Ekpene) Senatorial District, where Ini/Ikono Federal Constituency is situated, the Senator has been benevolent to them without discrimination. 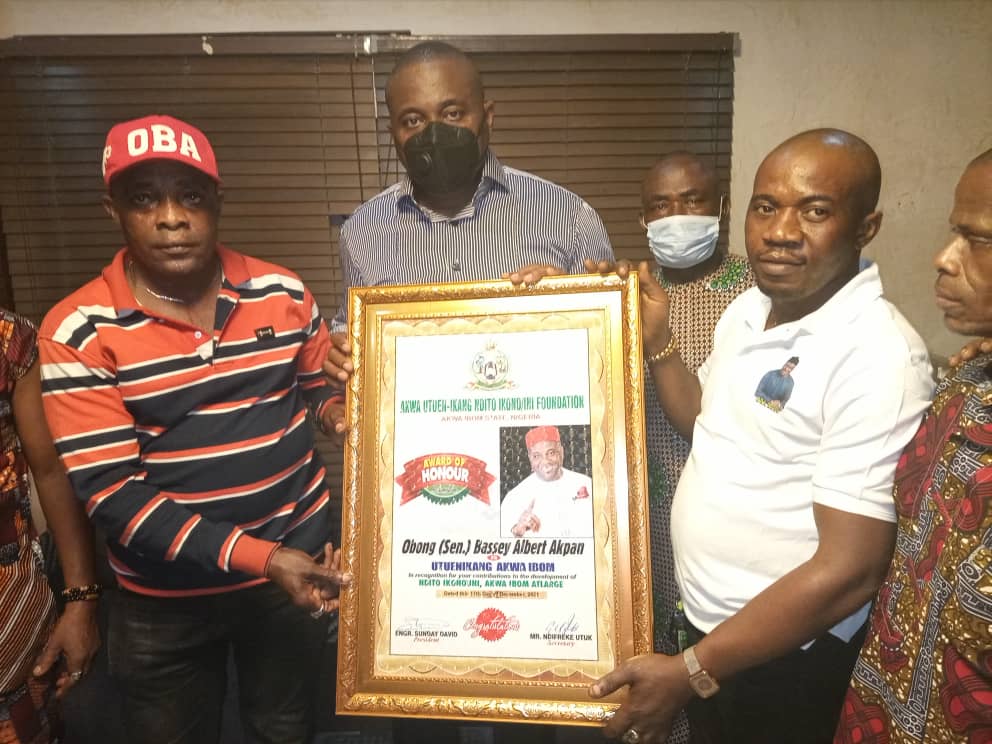 The forum described Senator Albert’s antecedents as rare and urged him to strive for more successes even as they pledge their support for his future political aspirations.

“Our coming to you today is also to appreciate you for your detribalised dispositions in public affairs. Many of our people are beneficiaries of your goodwill and impactful leadership. 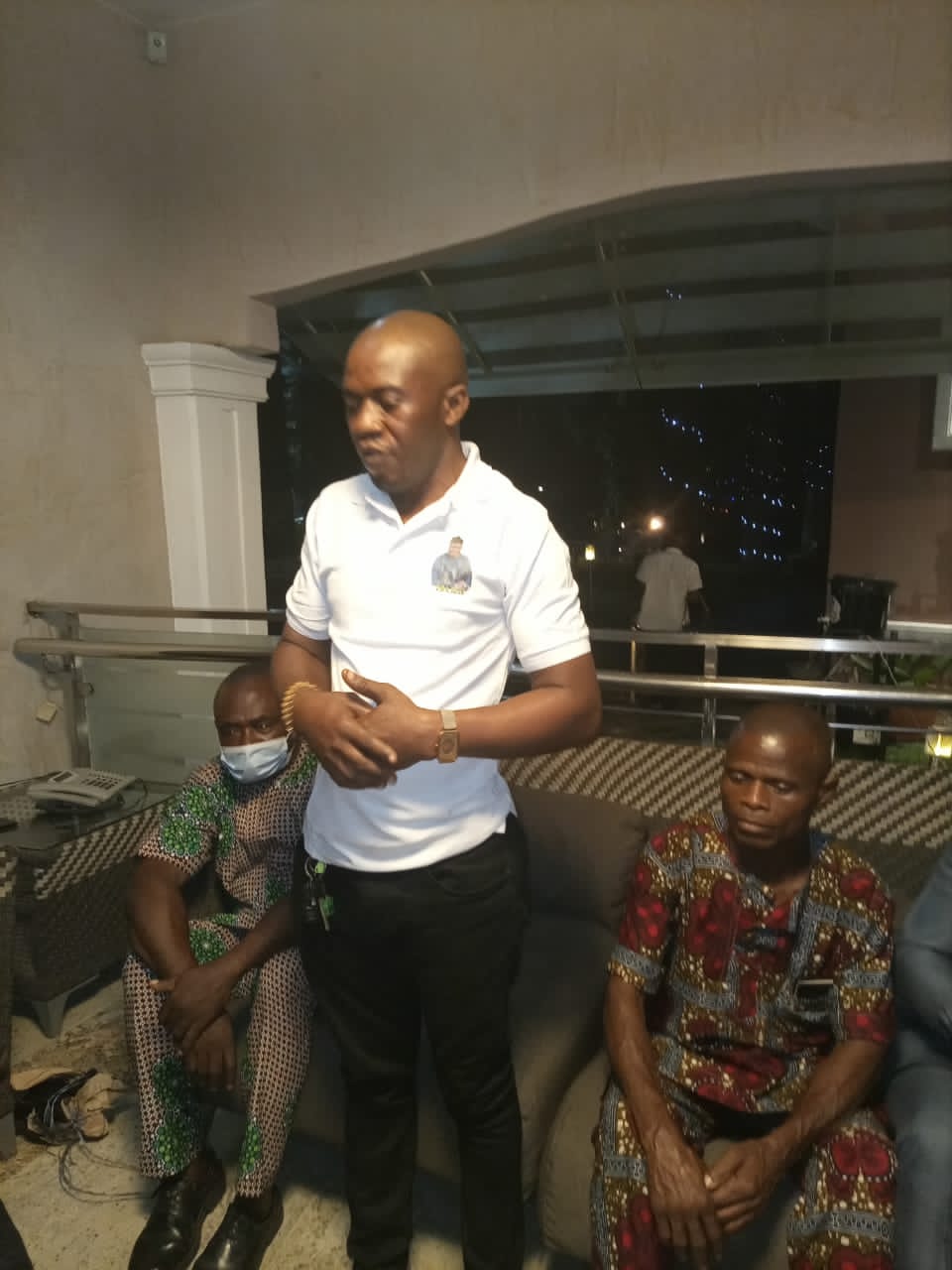 “It is on this note that we have identified you as someone we can trust and support in the race for the governorship of Akwa Ibom State come 2023. We know that you have what it takes to govern Akwa Ibom State and offer meaningful service,” the President, Engr Sunday David stated.

Senator Albert, who is the Leader of Akwa Ibom State Caucus in the National Assembly, Abuja, in his reaction, appreciated the group for deeming him fit for the honour. 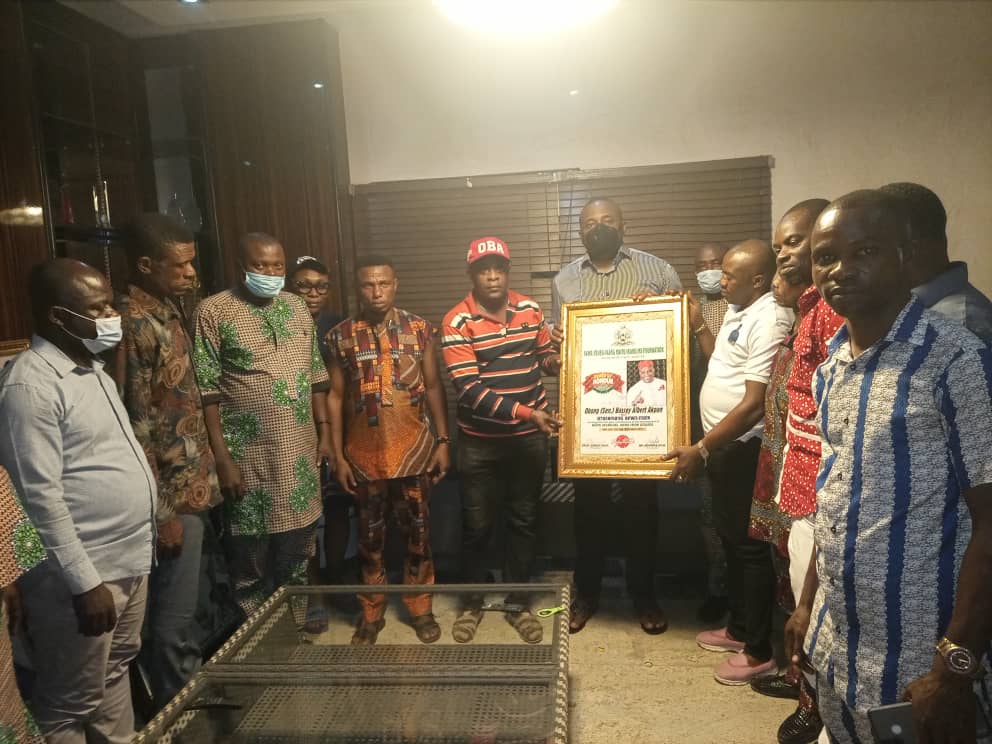 The gesture, he said, reminds him of his pact with the people to serve meritoriously whenever opportunity beckons.

In his advice to the group ahead of the 2023 elections, he told them to participate actively in the process and support candidates whom they trust based on antecedents and credibility.

“Participate fully and make demands for quality leadership – that is the essence of democracy, it is a game of the people, a game that you have to make your voice and vote to count. You (group) say I have been performing well, I therefore assure all of you that I will not rest on my oars now or in the future,” Senator Albert said.