He stood on the podium and delivered his classic lecture. There he stood and the cheers consumed the jeers. Two years and still counting, the lecturer isn’t tired. His strength never wanes; his energy, ever refreshed. While the pomp lasts, the gentleman still stands, professing knowledge to the ignorant and teaching values to the uncultured. He may not have a religious title, but his personal traits put him above them. Sponsoring propaganda against such a character is just their game but much more difficult is being able to coerce the victim to live up to their expectations.

In the case of Distinguished Senator Obong Bassey Albert Akpan, OBA, it is obvious that his strength of character has defeated their conjectures, putting him favourably above them. While they struggle to dent his image, he slips out gently and gets them discomfited. Quite unfortunately, politics thrives in lies and abuses. It worries why our leaders dangle in vindictiveness. They take the front seat in preaching peace, but hide behind masks to fuel a war. 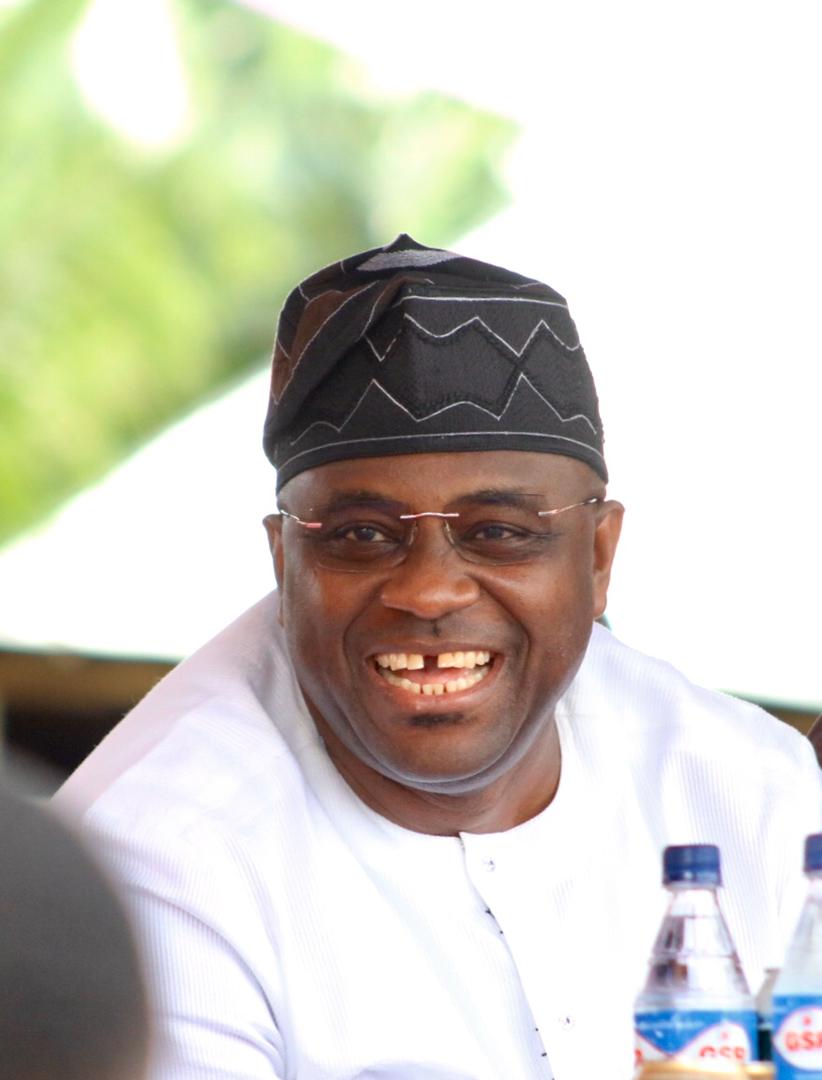 These days, they even steal a renowned political slogan, painstakingly coined by their presumed archrival’s campaign team. They pretended that “Only God” was their saviour. But things have changed today, so they trust “That Same God.” Despite their spitefulness, in their “hearts of darkness”, they think “That Same God” will save them this time. Although they own the microphone, their sounds aren’t symphonic. Their cacophony breaks the earcords of our townsmen. They sing of Peace Maintenance but their Movement isn’t PEACE-full. For as the scriptures, recorded thousands of years before their birth, PEACE has never been cut out for the wicked.

They sing peace with their mouths and wage war in their hearts. Their smile is elusive because their actions oppose their words. Akwa Ibom deserves PEACE, but Melchizedek, himself the Priest-King of Salem groans. What more is left of this PEACE, when wickedness has diffused to every part of the state, leaving the atmosphere entirely concentrated?

The situation hasn’t been without remedy as OBA is showing every sign of a peace-loving leader. His maturity is second to none. He hasn’t rewarded evil for evil, but has remained unperturbed about the concerted steps towards debasing him. It is obvious that soon after the 2019 general election; the authorities of the state had singled out Senator Albert for persecution. They sponsored series of lies to scuttle his chances of coming out successful during the next gubernatorial exercise.

But in sharp contrast to their evil machinations, OBA has become a big disappointment to them. Senator Albert has adopted a positive approach to frustrate their antics. While they engage “dirty job artists” to continually malign and discredit the activities and person of Senator Bassey Albert, he seems to have consciously concentrated on delivering on his mandate as the voice of Akwa Ibom People, especially at the National Assembly.

Related: Senator OBA: The Vizier And The Sultan

Indeed, the focus of Senator Bassey Albert is that of doing his job in the best possible way. While they’re dissipating their energy in looking for how to find loopholes on OBA’s activities, the Senator is taking up every opportunity to intervene for the state. Of course, Senator Albert has stood up for the state on very many issues in recent times.

It is on record that Senator Albert has resolved several oil and gas issues. An outstanding advocate and promoter of his party, the People’s Democratic Party, PDP, Albert has been a loud voice speaking liberation to the government of Akwa Ibom State nay oil bearing states. His role in the recently passed and accented PIB at the Senate, now Petroleum Industry Acts remains monumental. In this article, the specific case being handled is the recently passed resolution at the red chambers of the National Assembly for the international oil companies (IOC’s) to return their operational bases to their states of operation – Host Communities. This is important because, Governor Udom Emmanuel who recently commissioned the Dákkada Tower had sought the intervention of the Federal Government to direct the IOC’s to return to Akwa Ibom State.

Of course, the Senate has mandated Oil & Gas companies operating in Nigeria to relocate to their operational bases without further delay. The resolution was passed by the Senate, following a motion presented during a recent plenary by Senator Obong Bassey Albert, on the need for the companies to immediately relocate to their operational bases to ensure host communities reap the dividends of the Petroleum Industry Act (2021).

Presenting the motion for consideration, Senator Albert had said the inability of Multinational and Nigerian oil and gas companies to have their operational headquarters within their host communities’ account for the high cost of production in the sector. Albert Akpan described the situation as the bane of the country’s oil and gas industry, which militates against maximum derivation of revenue from crude oil and gas sales to the Federation.

He highlighted the high cost of production as one of the most contentious elements limiting development of petroleum industry value chain. Albert stated that the recent passage and signing into law of the Petroleum Industry Act, 2021 (PIA) by the National Assembly and the President of the Federal Republic of Nigeria respectively, was a major milestone towards the restoration of a lasting peace in the host communities.

As he said, the Petroleum Industry Act, 2021 places certain responsibilities on the security, peace and safety of oil and gas infrastructure on the host communities to safeguard and ensure peaceful co-existence between oil and gas companies and their host communities. The Senator pointed out that the PIA has provided for the restoration, recovery and rehabilitation of the massive infrastructural facilities abandoned by the various oil and gas companies in their various operational bases to ensure their full utilization.

He assured that the relocation of these companies to their host communities will further boost development in those areas and enhance the corporate social relationship and strengthen the collective resolve to drastically reduce the contentious cost of production and ensure adequate returns to the federation account.

By this token, it means Senator Albert has been able to live above parochial tendencies. While hatchet jobbers are virtually on the prowl to cause battery of public mistrust against the Distinguished Senator, his sincere service to the state, Niger Delta and Nigeria, becomes an anathema against bad blood. Like Jesus had taught his disciples to do good to all manner of men, including their enemies, OBA seems to be that perfect portrait of a Christlike personality who has no time to attend to his persecutors, knowing that by applying the golden rule, all things would fall into shape.

Naturally, a cheated person is supposed to always be emotional. He is expected to be aggrieved. The persecuted is sometimes supposed to be filled with angst and indignation. This implies being furious at all times. But this is a contrast to Senator Bassey Albert. He rather loves them that hate him. He chooses to be salt and light of the earth. He stands firm and rejoices, instead of always crying and lamenting. OBA’s confidence is rooted in James 2:2-3, “Count it all joy, my brothers, when you meet trials of various kinds, for you know that the testing of your faith produces steadfastness,” (ESV).

Hence, Senator Bassey Albert’s ability to absorb all the theatrics stylishly perpetrated by ill minded fellows, attempting to misdirect the leadership of the state against his candidature for the 2023 gubernatorial election, indicates that he is a man of bravery. His ability to contain undue oppression and persecution within his own political party shows his emotional stability and intelligence.

Ultimately, it can safely be said that Senator Bassey Albert has taken enough of the bitter pills of persecution. He can best be seen on the podium teaching humanity the lessons of betrayal, oppression and treachery. But to have the balanced emotions and organized stability to still return good for evil, after being greatly derided, tells much of the hidden powers of his mind. He does not only withstand persecution, he responds to it with goodness. His life and experience as a victim of persecution but taking no notice of his predicaments, therefore puts him up as a classic lecturer capable of efficiently handling a course whose title is “Persecution”.

Joseph Atainyang is a journalist and public affairs commentator.