Every society needs peace to plan, organise, grow and develop. To achieve this, society must bear the cost of peace sustenance by being deliberate about its actions or inactions.

One way of ensuring peaceful coexistence amongst different groups and interests in any given society is by giving assurance that every segment of such society has an unbiased chance of rising to any height attainable through fair and transparent process. Such guarantee allows every member of the society have a sense of belonging. Once individuals and groups see themselves as respected stakeholders in the society, it becomes easy to surrender their loyalty to the society. Where a group or groups feel alienated or cheated, they find means to express their resentment and frustration.

In the event where the society fails to address the frustrations and grievances within its fold, disobedience and disorder creep in. At this point, the society loses peace. It will now combat disobedience using scarce resources and this certainly will stall development and deepen mistrust. 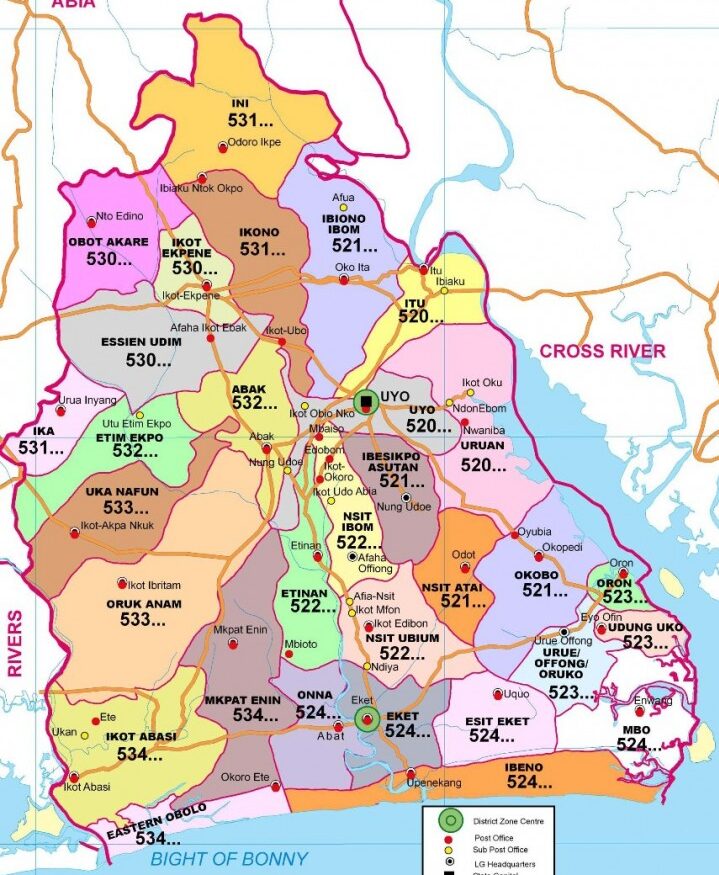 Aware of the dire consequences of losing societal peace, patriotic Akwa Ibom leaders and elders sat on a roundtable and agreed on zoning as a means of sustaining peace and consolidating on the gains already made from the creation of the state in 1987. Zoning as we know helps to reduce tension, unhealthy competition and above all, it gives hope to the minorities within the society. It brings the ‘weak’ and the ‘strong’ to a point of convergence where ultimately, an atmosphere of peace needed for building the society is created.

To sustain Akwa Ibom’s legacy of peace and togetherness, the father of modern Akwa Ibom, a revered Pan Akwa Ibom leader and former governor of Akwa Ibom State, His Excellency, Obong (Arc.) Victor Attah ensured that the governorship position rotated to Annang of Akwa Ibom North West Senatorial District between 2007 and 2015. Obong (Arc.) Victor Attah, a wholesome Ibibio cum Akwa Ibom leader rose to that occasion ahead of the 2007 general elections by democratically securing firstly, the support of his Ibibio stock –which has overwhelming majority, through civil methods of persuasion, lobbying and superior arguments geared towards keeping the Akwa Ibom family united, strong and formidable for enduring development and progress. It was not difficult for Obong Attah to bring in the rest of the state after getting the Akwa Ibom big brother, Ibibio in the lead of that visionary and futuristic decision.

Proud of the glorious outcome of the visionary leadership and fatherly disposition of Governor Victor Attah, Akwa Ibom welcomed with open arms and celebrated the emergence of an Akwa Ibom Governor of Annang extraction at the expiration of Governor Attah’s tenure of office. It was thus expected that the first beneficiary of that decision would remain as dispassionate as his benefactor. Alas, he blew his chances of casting his name in gold just as Governor Attah did. The unfortunate after-effect was a disunited Akwa Ibom with the Oro bloc feeling heightened bitterness. It was expected because they felt alienated and cheated. The hollow created by that indiscretion of not properly guiding the zoning arrangement in 2015 is robbing off negatively on the present administration in our state.

The principal cause of Senator Akpabio’s inability to guide Akwa Ibom the way Governor Attah did in 2007 was his overbearing insistence on unilaterally producing his successor to the exclusion of Akwa Ibom leaders, elders and stakeholders. That unnecessary display of crude but absolute power caused Akwa Ibom many ills including robbing it of its peace. That tendency which was strongly resented by all well-meaning Akwa Ibom people energised their resolve to stand up against similar acts of impunity and a second attempt at imposition during the 2019 general elections. The casualty as we know was the man who stood against Akwa Ibom.

Fortunately, Akwa Ibom North East Senatorial District happens to be the only district made of people of the same tribe, Ibibio. Interestingly, Ibibio reserves the credit for the on-going gubernatorial zoning arrangement in Akwa Ibom State being that a prominent Ibibio leader, Obong Victor Attah prepared the ground for its take off prior to his exit as governor in 2007. Akwa Ibom is therefore expecting Ibibio to queue behind its leader, His Excellency Obong (Arc.) Victor Attah and once again show leadership by entrenching that time honored panacea (zoning) for political equity, fairness and justice which promote harmony, peaceful coexistence and development across societies.

As expected, Eastern Ibibio People’s Association has started consulting on this all important matter. We hope to see Ibibio leaders, elders, youths and women rise to deepen fairness and equity in the Ibibio polity and by extension model same for the state to emulate. Truth spoken in time and without a shaky voice will heal Ibibio land and Akwa Ibom State. Ibibio must not wait for others who look up to them to provide leadership in the Akwa Ibom family to be the ones to determine their case.

Thankfully, the incumbent governor is an Ibibio son. He must be seen to be fair and unbiased. It is equally instructive to state that the incumbent governor must not attempt to impose his bias on Akwa Ibom North East Senatorial District in particular and on Akwa Ibom in general as this shall be resisted more fiercely than what was witnessed in the 2019 general elections. His position ought to be that of an unbiased midwife of the process and not be seen to throw government’s weight and resources around any preferred candidate of his.

Recently, Governor Udom’s administration has been busy trying to set up what was originally called and addressed as PEACE MAINTENANCE MOVEMENT (PMM) which was on Monday, August 2, 2021 rechristened MAINTAIN PEACE MOVEMENT. No amount of resources pumped into such venture or number of government and party officials drafted into same shall help us maintain peace in an atmosphere of cheating, inequality, injustice and unfairness. Only a level playing ground, fair treatment and a transparent process of electing the next Akwa Ibom Governor can guarantee the maintenance of peace within the polity.

It is hoped that the Akwa Ibom governorship zoning question shall be given careful thought as quick as practicable so as to arrive at an early resolution on a mutually agreed decision on the way forward. To guarantee peace, equity, unity and justice in the Akwa Ibom polity, the democratic zoning system running in the state with respect to governorship seat occupation should be upheld and strengthened.

Injustice to Ibiono Ibom/Itu Federal Constituency is a threat to justice across Akwa Ibom State. Truth they say is like the sun, even the blind cannot feign ignorance of its existence because its impact goes beyond the eyes. Justice demands that Ibiono Ibom/Itu Federal Constituency being the only federal constituency in Akwa Ibom North East Senatorial District yet to produce an elected governor be given the 2023 Akwa Ibom State governorship slot.

ISD 2023: Online Poll Favours Ekperikpe Ekpo Ahead Of Other Aspirants