The vision of Governor Udom Emmanuel, to make the Akwa Ibom State owned airline, Ibom Air, become the West African Aviation power house, is coming to reality, as the airline would soon commence regional operations between Nigeria and the Gambia.

This was part of discussions Monday, when the Gambian High Commissioner to Nigeria, Mohamadou Musa Njie met with the Akwa Ibom State Governor, Mr Udom Emmanuel at Government House, Uyo. 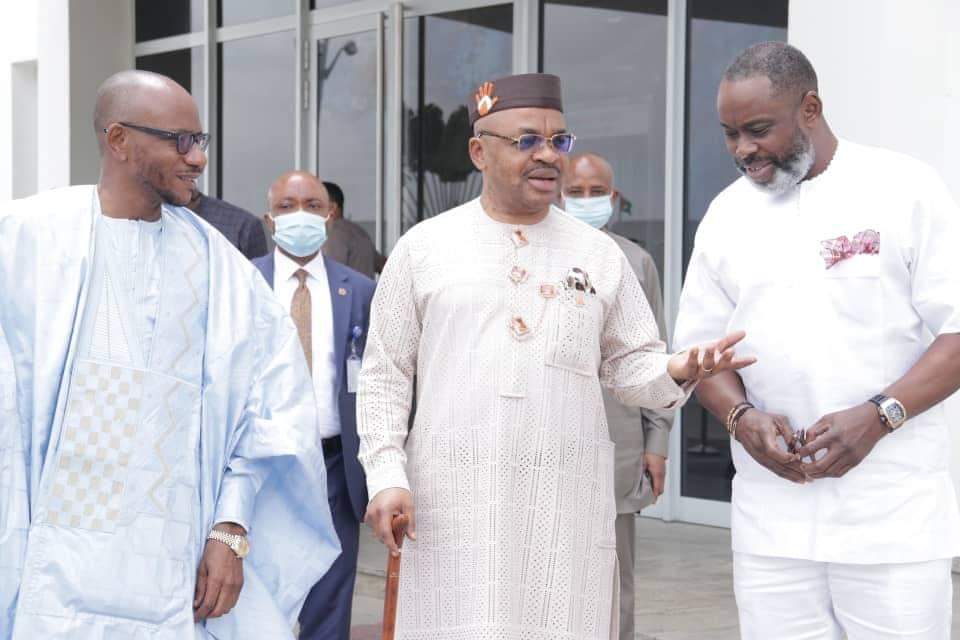 The Governor thanked the Gambian High Commissioner and the President of Gambia for indicating interest in bilateral relations with Akwa Ibom State in the area of Commerce, industry and aviation development.

“We are actually planning a regional flight with Ibom Air, so we hope by next month we should take delivery of two brand new A220 300 series Airbuses, we want to use for regional flights.

“I will get this to be discussed at the directors meeting of Ibom Air so that we can also consider Banjul”, Governor Emmanuel assured.

The High Commissioner, Mohamadou Musa Njie had commended the Governor for the great achievements recorded by Ibom Air and expressed the willingness of his country to have Ibom Air commence operations into Banjul.

He presented a letter personally written by the President of The Gambia requesting the Akwa Ibom State Government to extend the operations of Ibom Air to country.

The letter also conveyed the invitation of the President of The Gambia, His Excellency, Adama Barrow to Governor Emmanuel for a visit to The Gambia to strengthen industrial and trade relations.

Easter: Let Us Strengthen Our Commitment to God, Communities And State

The Resurrection Of Jesus Christ Is Our Seal Of Redemption, Victory – Senator Bassey Albert