When Senator Bassey Albert Akpan (OBA) said he will engage youths in labour-based public works and training in line with the 21st century-oriented and market-demanding skills, many applauded. That is because it was a statement that clearly showed he has the prosperity of Akwa Ibom youths as a first-line charge when he mounts the Governor’s seat in 2023.

Already, he has built a stunning reputation as the most youth-friendly politician in Akwa Ibom State. His unique youth and community development centre at Ifa Ikot Akpan in Uyo, equipped with modern facilities for different skills training and ICT, is a demonstration of his passion to uplift citizens of that category.

This exceptionally massive centre comes with an accompanying tarred road into the community and it has transformed the environment in a manner that surprises residents and commentators. It testifies to his capacity to bring such one-stop centres for the acquisition of market-demanding skills to create positive impacts on the citizens in various communities when elected as governor. 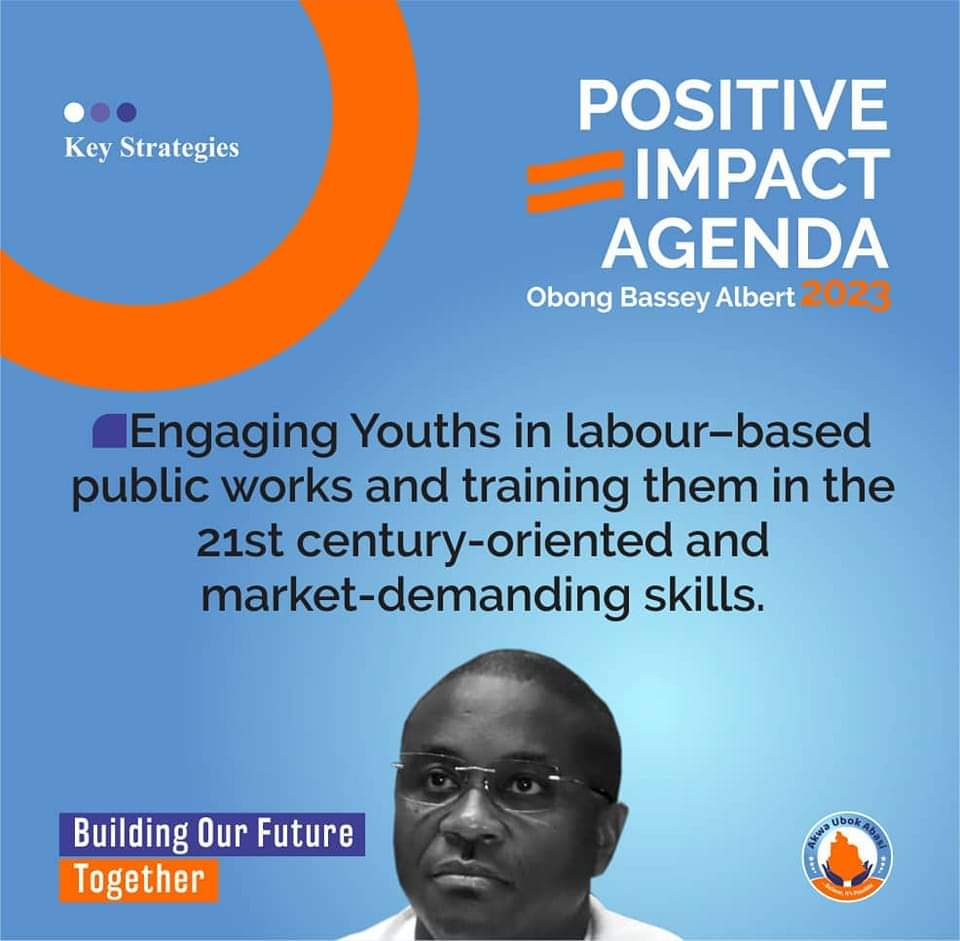 People are indeed baffled that as a senator, who does not have access to huge state resources, he executed such a marvellous project. Some now wonder what will happen when OBA becomes the Governor of Akwa Ibom State. Many believe Senator Akpan’s commitment to the positive development of youths, which has never been in doubt, will be elevated beyond imagination.

OBA has further demonstrated his love for the youths, through his scholarship programme. As a progress-loving politician, he has sponsored over 481 youths under the scheme, and about 21 have already graduated with First Class degrees. Some are already working in prime establishments based on merit. In addition, the senator has recommended so many youths for employment in various places across the nation. Yet, he does not boast about it since he considers it his responsibility as an elected servant-leader.

There are numerous others, not covered by the scholarship, but have been assisted by OBA financially to support their education, health, social life and businesses. Thousands of others have been variously empowered during constituency briefings. Whereas other representatives count every single deed to blow up their achievement’s profile, OBA does not even consider daily and regular payment of several youths on his schedule as a big deal.

Why he is sacrificing so much in the direction of youth development, education and empowerment is because he appreciates the obvious fact that with educational advancement and skills acquisition, many underprivileged young people will be best positioned to cross the poverty line. He often recalls his humble beginning and how tough it was for him as a youth, hence his resolve to change the story of many youths towards a better future.

It is often gratifying to him, when some graduates and those who have secured employment, or are self-employed with acquired skills through his assistance come back to thank him. And, at such moments, OBA revels much in hearing the statement “God bless you!”

Related: OBA: The Desired Homeboy For The Good Of All

Of course, without a second thought, everyone is convinced that bursary, grants and scholarships shall be the statutory rights of students of Akwa Ibom State origin in tertiary institutions. Additionally, free skills training will be so elaborate to absorb whosoever seeks that path of self-development.

At the moment, the situation faced by students and unemployed youths attracts tears because no support comes in to alleviate the suffering of those in the universities and other higher schools. Students have been crying for support but the current state government seems to be paying deaf ears. Yet, there is no tangible excuse for not paying bursaries to the students.

The nonchalant approach by the present government shows a lack of commitment to advancing the future of Akwa Ibom young men and women. What is reportedly done by the government is a mere piecemeal, but usually conscripted propagandists magnify it to deceive vulnerable people.

There is, therefore, a need for a caring person to be the next governor so he will rescue students and other youths out of the deprivation caused by the government’s neglect. Frankly, we need a welfarist as governor. And OBA is the man.

Think of the children of retired teachers in the universities, with unpaid benefits to their parents after disengagement. How do they struggle in school to survive daily? The attitude of the government concerning the pensions of retired teachers is disheartening. Hence, OBA has promised that students won’t suffer terrible hardship in his dispensation.

For sure, it is only a kind-hearted politician like OBA who can and will reverse the current sad narratives. After all, the resources are there to fund students’ bursary, but it is the leadership style of the governor that prevents sincere attention to be given to their plights. A governor who is insensitive to the cries of the students for a bursary, but flies in a chartered plane and engages in wasteful ventures, shows that he is disconnected from the ordinary people. Such a governor cannot deceive the masses to vote for his stooge, meant to cover up his questionable spending while in office.

But, OBA is different. He prefers to be seen as a “local champion”, youth-friendly and grassroots politician, irrespective of his privileged position. The distinguished legislator appreciates the youths; both students and unemployed – because he interacts passionately with them and subsequently supports programmes to help them grow.

Senator Akpan understands the peculiar challenges and prospects of the youths. He has been solving some of them for years and intends to do more with more resources at his disposal as governor. His administration will never ignore bursary and other forms of interventions to make life easier for the young ones, especially as he sees himself as one of them.

The senator knows that when young people have education and employable skills and are equipped to set up related businesses or get jobs, the state will experience social harmony, economic growth, peace and security. So he won’t gamble with their future since they are the pillar of tomorrow.

As a practical economist with a welfarist pedigree, OBA will initiate far-reaching programmes above what any other candidate can contemplate because he has a homegrown solution and valuable connection to develop and engage our youths meaningfully in the critical sectors of the economy.

OBA won’t act pompous, boastful, or engage in fabulous talks without corresponding actions – like what is currently happening. He will certainly keep to his promises and implement outlined programmes judiciously. The senator is a great personality with a Midas touch in all he does. So, he will give the youths of Akwa Ibom State excellent leadership from 2023.

OBA: The Desired Homeboy For The Good Of All