Recently there have been alarming protests against police brutality around states in Nigeria. It has been grief-stricken moments for the citizens as they walk into the streets to seek from the government total liberation from the thorny manipulations of security operatives unit -Special Anti-Robbery Squad (SARS). 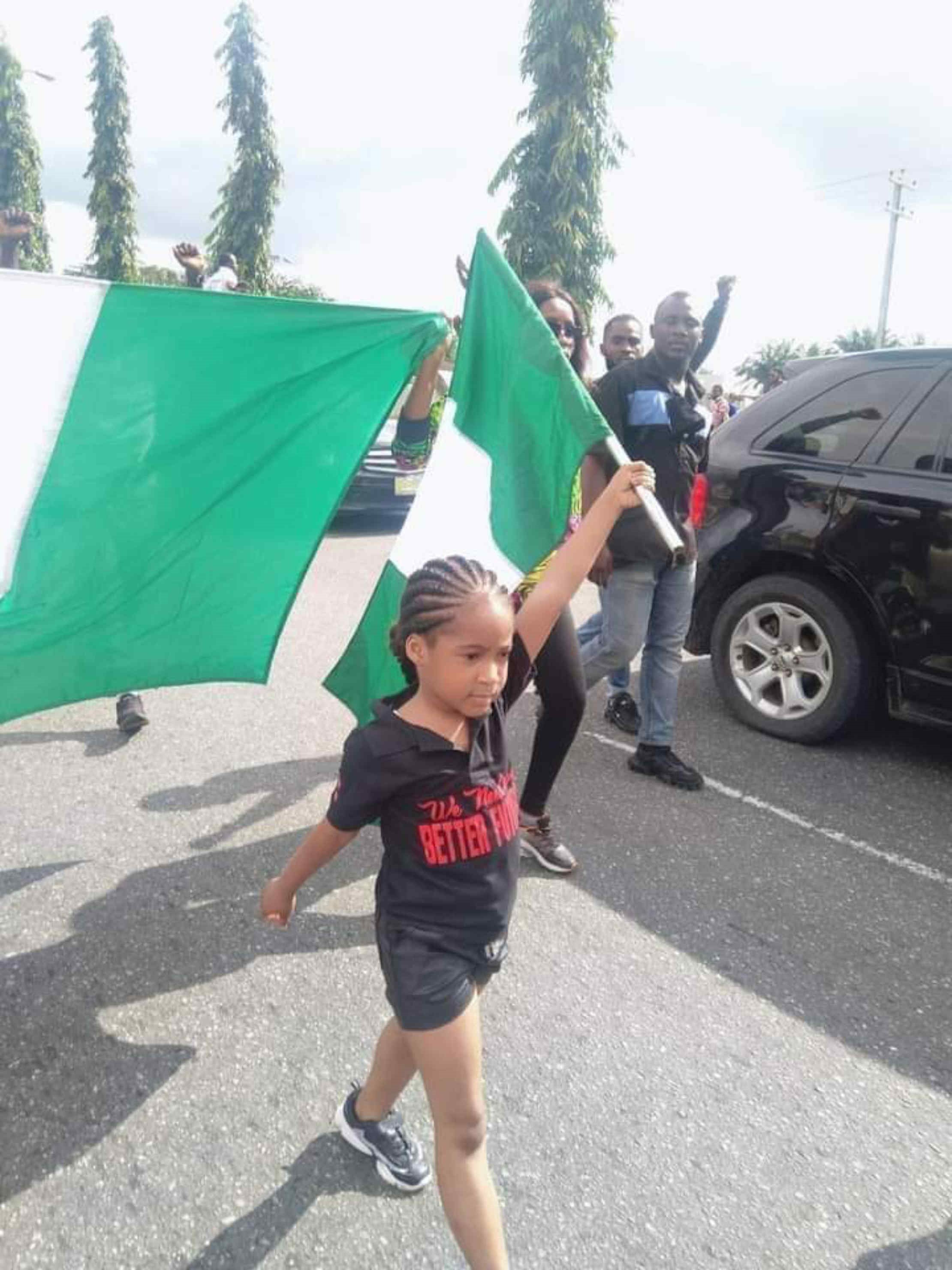 SARS was actually formed in 1992 to protect Nigerian citizens against armed robbery attacks, kidnappings and other social vices in the society. The officers were not easily identified because they operated in the background without uniforms in order to arrest the culprits.

Unfortunately the unit rapidly expanded to be a centre of consistent scandal in the country and citizens became victims of their illegal conducts. Acccording to the report from Aljazeera, “A worrying pattern of extrajudicial murders, kidnappings and rapes have emerged over the years. Amnesty International has reported at least 82 cases of torture, ill-treatment and murder in the hands of SARS between January 2017 and May 2020.”

Following the consistent security agents’ violent behaviours on innocent Nigerians, young women and mothers joined in the peaceful demonstration of the #EndSARS and EndPoliceBrutality movements to pledge their solidarity for emergence of a new Nigeria.

Leading the protest on Saturday, October 10, 2020, an iconic Nigerian female activist, Aisha Yesufu, was applauded nationally for her courageous effort in confronting policemen despite their threats towards the protesters. The 46-year old lady stood still in the midst of the mishap to voice out the need to disband SARS.
On her twitter handle, she wrote- “With my fist still raised, I told them how shameless they were. One of them cursed me and I gave it back to him. Only one of the bottled water they threw at me touched me slightly and from anyone far away with four of them throwing water bottles at me it would have seemed they had me. 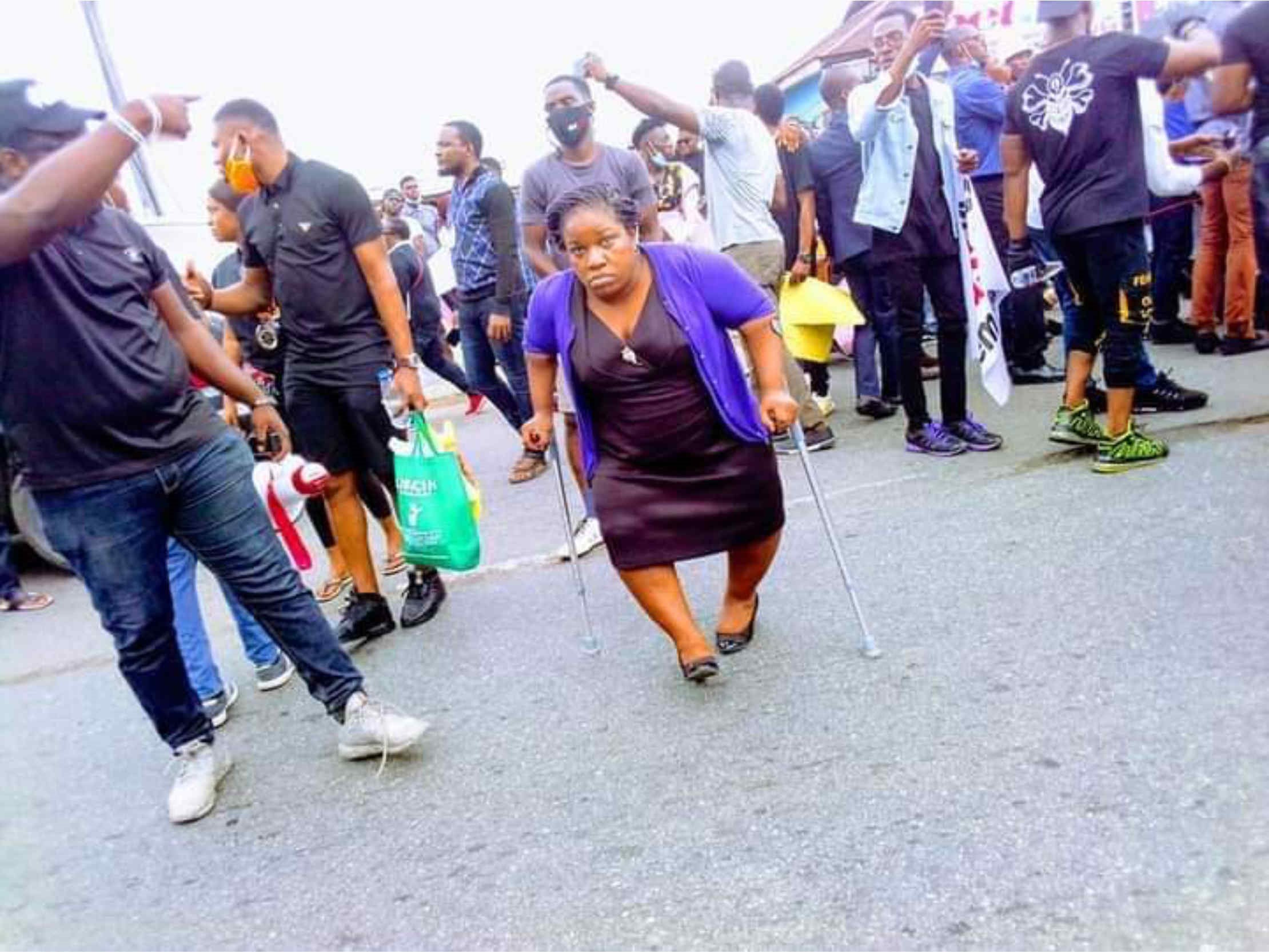 “One of them had pushed me and the raised hand might be what some saw as a slap. No, I wasn’t slapped and I refused to cower and I turned and gave them a piece of what I thought of their pathetic selves and if I am going to die, it would be with my fist high up and my mouth open,” she said.

Aisha Yesufu’s words motivated more people to join in the demonstration of putting an end to the illicit actions of the Nigerian officers. In her words, “We want a Nigerian society where the child of a nobody can become somebody without knowing anybody.”

“The question is, who is next? The victim card is going round and I tell you today that to be a victim in Nigeria is no longer the matter of when. If you think it won’t be your turn, guess what, the last person also thought the same way,” she said.

Aisha Yesufu’s photo has been seen as a legendary statue which symbolizes bravery, determination and strength for a better Nigeria. In a way this shows women are agents of change when being provoked towards a right course. They can unite to cause a drastic positive revolution in a country, just with their fists thrown up in the air.

This has, however, led to the emergence of more heroines in the streets; and even those who are impaired also join the sheer show of solidarity to end the menace caused by police men in the society.

A lady who hails from Akwa Ibom State, Mmanti Umoh, who is a management consultant and education psychologist, also joined the protest with her two sons. Although she is physically challenged, that did not stop her in participating in the movement.

She said, “No, I didn’t go alone, I took my sons with me because I will never lead a young person into a battle I cannot stake my sons in.” Come 2023, may we not vote for men and women who are ready to stake the lives of others and not their sons and daughters because they are a huge part the reason police brutality thrives.”

A woman was also seen carrying her child to participate in the demonstration. She noted that her aim to come out and kick against the illicit actions by the police officers is to protect her daughter as well as reform the country for the future generation.

Meanwhile, October 20, 2020 will go down in history as a black Tuesday to Nigerians as military men opened fire on unarmed protesters at Lekki toll gate in Lagos and this resulted in people being killed and injured.

The Lekki massacre was however made known by a brave young female artiste called DJ Swift who did a live report on what went on in the toll gate and this attracted other media outfits to the scene. Furthermore, pictures on social media showed how young females modeled after Aisha Yesufu by throwing their arms in the air to join the historical fight against police brutality in the country.

It is indeed a sad time for Nigerians, especially youths, as they fight persistently for their fundamental human rights. In spite of the sporadic gunshots and rhetoric attacks from the government, the youth, especially women, have risen to say enough is enough and they are not backing down any time soon. Just in Aisha Yesufu’s voice on police brutality: “we are saying NO RETREAT, NO SURRENDER.”